Meet some of the notable UW–Madison graduates of spring 2022

By earning a college degree this weekend, thousands of Badgers will have achieved something impressive. Many have left a lasting impact on campus, and some have already made a mark far beyond UW–Madison. Here are just a few of those accomplished graduates — consider them a small subset of the excellence of the Class of Spring 2022.

Law student excels at second pursuit on the side 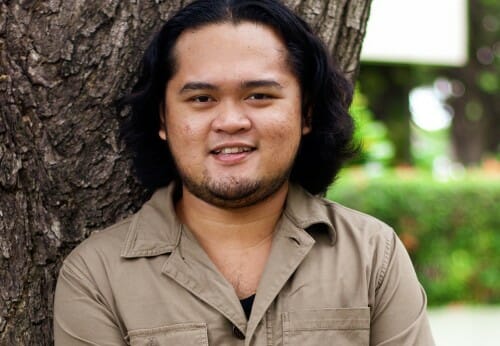 Before he knew he wanted to be a lawyer, Von Dickens Abero Ulsa was already passionate about one thing: art. The Philippines native, who goes simply by Von, immigrated with his family to Hawaii in 2009. Art became one of the ways he expressed himself, and he went on to win state, national and even international honors. His art career came to a brief halt while he finished his triple bachelor’s degree in American studies, English, and history at the University of Hawaii at Manoa, but studying these fields only improved his creative methods. Using history and research, Von distorts western artistic traditions through a lens of decolonization and indigenization. His work has been exhibited in Los Angeles, Seattle, and Honolulu, including a headlining gig at the 2017 Coachella Arts & Music Festival. Von will be graduating from UW Law School with a business law concentration. Check out his work on Instagram and his website.

For Strand family, commencement will be a threepeat 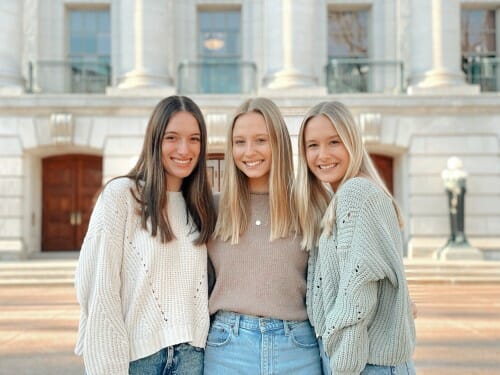 The Strand triplets of Wauwatosa, Wisconsin, have different majors and different interests, but they’re alike in one important way — all three will graduate from UW–Madison on May 14. “We’ve been huge Badger fans for as long as we can remember,” says Annika Strand, who is earning a double-major in real estate & urban land economics and finance, investment & banking). “It’s been fun to go to college together — it made the transition much smoother.” Claudia is double-majoring in actuarial science and risk management & insurance, while Jenna is studying communication sciences and disorders. Though each of the sisters considered different colleges, they eventually all agreed upon UW–Madison for its academic prestige and campus life. Read more about their path to UW–Madison here.

He’s re-imagining education within his community 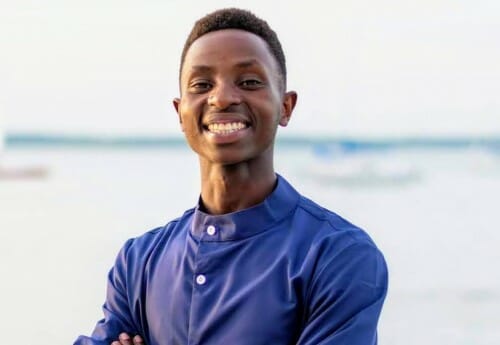 At the Kyangwali refugee camp in western Uganda where Joel Baraka grew up, not many children get the opportunity to attend school. Baraka, who graduates this semester with a bachelor’s degree in civil engineering, counts himself among the fortunate, though access to learning resources was still a challenge. To address this, Baraka founded My Home Stars, a Ugandan-based nonprofit with a mission of making education more equitable and accessible to Ugandan refugee children. With his team, Baraka has focused on developing board games that are affordable and help children learn in fun and engaging ways. The nonprofit has raised about $60,000 through grants, donations, and competitions and has supported the learning of more than 5,000 children in Uganda, mostly during the pandemic when schools remained closed. Baraka came to UW–Madison through the university’s King-Morgridge Scholars Program. Read more about Baraka’s good works here.

She brought dancers to UW from across the country 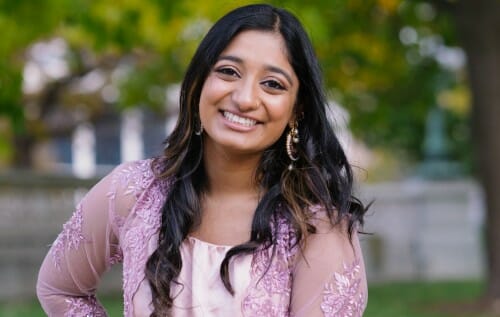 As captain of the Wisconsin School of Bhangra, Christeena Jojo created and helped plan the first Bhangra competition at UW–Madison — Madtown Bhangra — which drew more than 100 dancers from around the country in 2021 and raised more than $2,000 for charity. Bhangra is a traditional, upbeat folk dance of Northern India, celebrating the culture and heritage of the state of Punjab. JoJo was born in Chicago to immigrant parents from Kerala, India. She is among the first in her family to attend a four-year university and to pursue a career in medicine. She is studying health promotion and health equity and plans to attend medical school.

Student employee is at the top of his game 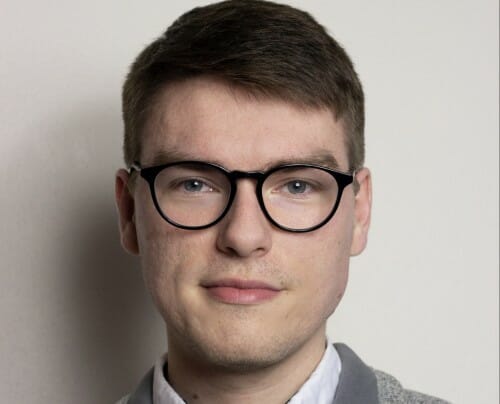 Student employees help power UW–Madison — there are nearly 9,000 of them across campus. One of them, Dakota Roettger, has earned recognition far beyond campus. Roettger works part-time at the Office of Student Financial Aid, where he oversees the recruiting, onboarding, and training of other student employees who serve as administrative assistants. Earlier this year, Roettger, of Eau Claire, Wisconsin, was named UW–Madison’s 2021-22 Student Employee of the Year. He went on to win the Wisconsin title and the 14-state Midwest regional title. He’s featured in a publication of the National Student Employment Association. Roettger is double-majoring in marketing and management & human resources. Upon graduation, he will be joining the marketing team at AlphaSights in New York City. 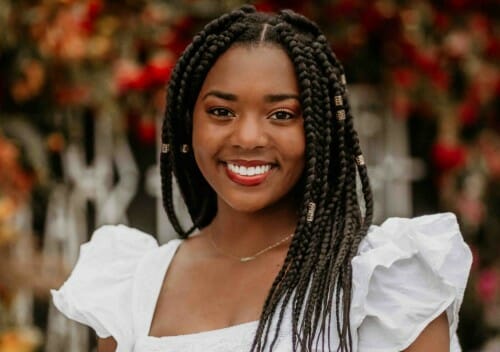 Chances are, you’ve seen, read, or heard something by Tamia Fowlkes — or soon will. The journalism and political science major from Milwaukee already is well-known on campus and beyond for her work. She currently serves as an intern for “The Rachel Maddow Show” on MSNBC and News 3 Now in Madison. She is a student representative for The National Association of Black Journalists and has previously written for The Milwaukee Journal Sentinel, The Wisconsin State Journal, Isthmus, and The Madison Commons. She co-hosts a podcast called Pod-Cast Your Vote that aims to mobilize and empower youth voters. Fowlkes is a 2021 Truman Scholarship finalist and a 2022 Louise Troxell and Teddy Kulby Award winner. This summer, she will intern at USA Today. In the fall, she will begin a master’s degree program at Columbia Journalism School.

He started a flourishing charity — at age 12 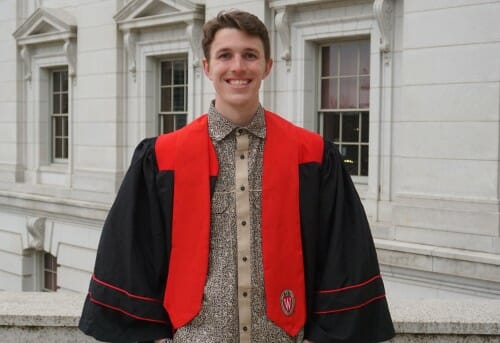 Max Bobholz was watching a television report 10 years ago about how a Ugandan team at the Little League World Series sometimes lacked shoes and often shared bats and baseballs when he realized he had a bunch of old baseball equipment in his garage. A sixth-grader at the time, he founded Angels at Bat, which collects new and used baseball equipment and distributes it to Kenya, Benin, Nigeria, and South Africa — tens of thousands of items to date. Bobholz, of Green Bay, has continued running the charity even while attending UW–Madison. With the help of the Law & Entrepreneurship Clinic at UW Law School, he was able to establish Angels at Bat as an official 501(c)(3) nonprofit organization. There are now branches of the organization in seven states plus Wisconsin. Bobholz has been featured on CNN Heroes: A Young Wonder Special and CNN Heroes: An All-Star Tribute. He is earning his bachelor’s degree with a double major in African cultural studies and biology. He plans to pursue a Ph.D. in global or public health. 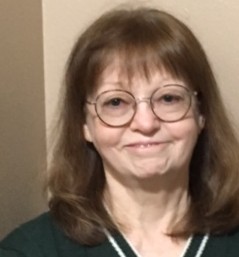 Susan Kay Baker, a returning student from Madison, is earning a bachelor’s degree in history following a journey in higher education that began 50 years ago at UW–Stevens Point. She took some detours, got married, became a mother and grandmother, and retired in 2020 as a senior outpatient procedural coder at UW Hospital & Clinics. “I decided the time was right to complete my degree,” she says. Fun fact: Baker had wanted to appear on “Jeopardy” since she was a little girl. When the dream came true in 2016 at age 62, it was everything she’d hoped it would be — “thrilling, terrifying, panic-inducing, exhilarating,” she says. It also left her with an immense feeling of accomplishment. Viewers loved her reaction when she won. “That is what total shock looks like,” she says today.

His artwork explores ideas informed by the natural world 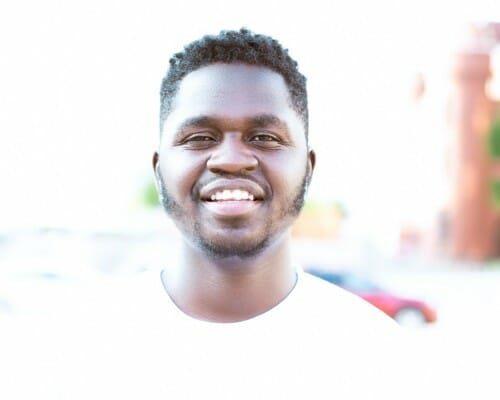 Henry Obeng, an MFA candidate in design studies, textile design and papermaking and photography, recently was awarded a prestigious five-week residency beginning this August with the renowned Oak Spring Garden Foundation in Virginia. The competitive award — 700 applied — recognizes Obeng’s work with botanical imagery, handmade paper, and photography. Obeng, who was born in Ghana, has explored in his art his experience of being an international student during the COVID-19 lockdown. He received the 2022 Graduate Student Creative Arts Award from the UW–Madison Division of the Arts.

Among her campus legacies? A multicultural center at WSB 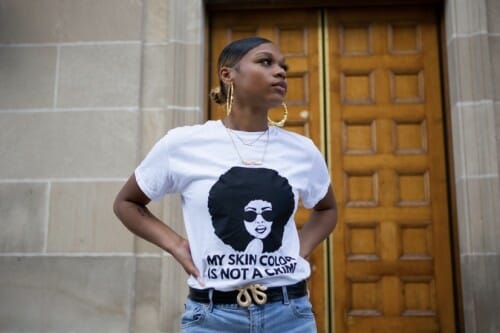 Business major Nalah McWhorter is known for getting things done. Case in point: Two years ago, she identified the need for space at the Wisconsin School of Business (WSB) to support students from historically underrepresented backgrounds, particularly students of color. She wrote a petition seeking multicultural spaces, which led the school to create a committee to develop the idea. This spring, two spaces opened in Grainger Hall designed to promote diversity, equity, and inclusion. McWhorter, of Racine, Wisconsin, is part of the first cohort of the Business Emerging Leaders Program at the WSB and served as president of the Wisconsin Black Student Union during the 2020-21 academic year.

As Rhodes Scholar finalists, they were among elite 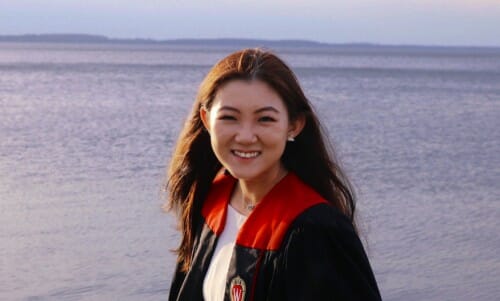 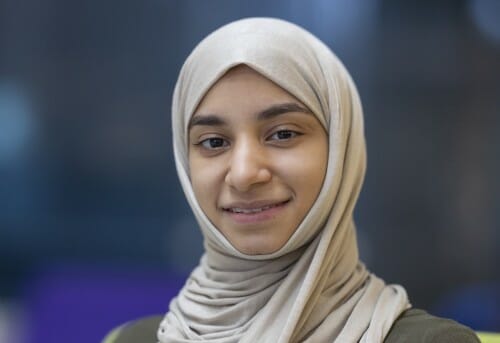 To make it to the finalist stage for a Rhodes Scholarship is a tremendous honor — only the most elite students in the world can claim this accomplishment. Two UW–Madison students, Qianyun (Lexi) Luo and Hawra Aljawad, did just that last November. Luo, of Bloomington, Illinois, is earning a bachelor’s degree in biochemistry and statistics. She has conducted cancer research for four years in two labs, earning co-authorship on three publications. Aljawad, of Qatif, Saudi Arabia, is earning a bachelor’s degree in chemical engineering and biochemistry. She attended UW–Madison on a scholarship awarded by King Abdullah University of Science and Technology in Saudi Arabia to 100 top-tier high school students pursuing their bachelor’s degrees in the U.S. Beginning her freshman year, Aljawad worked in three labs focused on health research, including ones devoted to understanding Alzheimer’s disease and the flu virus.

She devoured a lot of books — and not just for class 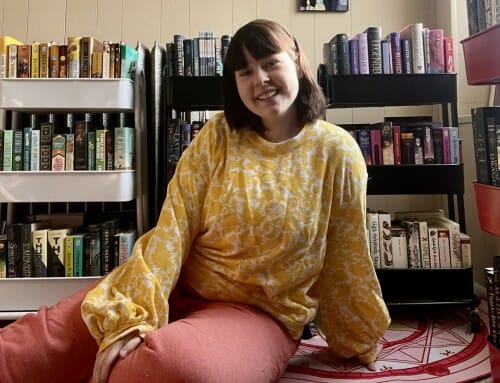 Kyla Vaughan made news when word got out that she’d set a goal for herself in calendar year 2021 of reading a book a day — and then surpassed it by reading a total of 392. “I guess I did it partly for the bragging rights, but also because I believe that reading about other people is the best way to gain empathy,” she says. Vaughan, a double-major in English and history from southwestern Wisconsin, attributes her accomplishment to being a naturally fast reader and making reading a priority. Read more about Vaughan’s Year of Reading Wildly.

She’ll help lead the program that led her to UW 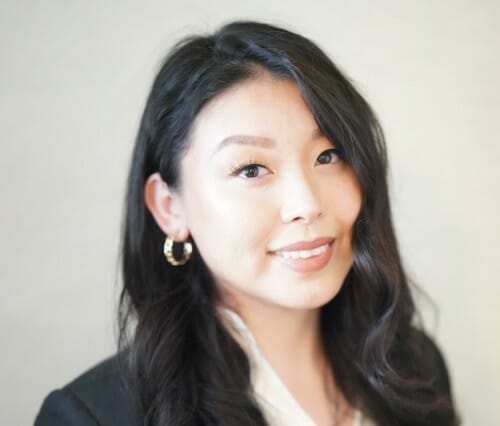 Karma Palzom-Pasha was born in a refugee camp in Nepal. Her father was part of a group that became known as “The Lucky 1,000.” The U.S.  opened 1,000 spots in 1990 to sponsor Tibetans in refugee camps in India and Nepal for permanent residency in this country. Palzom-Pasha’s father was among those selected through a lottery. Madison was a major sponsoring area for these refugees. After Palzom-Pasha’s father secured a job in Madison and earned enough money, he sponsored the rest of the family to come to the United States. Palzom-Pasha stood out in middle school and was selected to be part of UW–Madison’s Precollege Enrichment Opportunity Program for Learning Excellence, known as PEOPLE. She came to UW–Madison, earned a bachelor’s degree and a master’s degree, and is now earning a Ph.D. in U.S. History. With a deep commitment to public service, Palzom-Pasha will be returning to PEOPLE in a leadership role. She’ll work on expanding the program’s reach and building a bigger pipeline to prepare more first-generation students and students from groups historically underrepresented on this campus to come to UW–Madison and succeed here.

Ph.D. student finds his way into thousands of earbuds 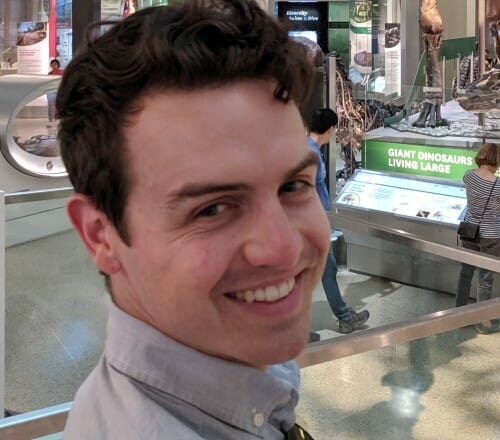 In February 2021, doctoral student Ben Rush released the first episode of his Deeper Than Data podcast, with the vision of sharing the successes, failures, and journeys of scientists. The podcast explores topics that are common in the human experience but not often discussed in science, including dealing with rejection, combatting imposter syndrome, and feeling isolated, as well as positive aspects, like getting a grant. The podcast has been listened to thousands of times worldwide, and its casual conversations with experts led to the creation of the Badger Talks Podcast. By producing and hosting these podcasts, Rush unintentionally started his entrepreneurial career. He launched Deeper Than Data Media in June 2021. Fellow Badgers Jevin Lortie and Julia Nepper soon joined the team. Rush, of Cincinnati, Ohio, is earning a Ph.D. in nutritional sciences. He hopes to grow the business into a central resource for science podcasting. Read more about Rush here.