‘Lands We Share’ exhibit helps give farmers a voice 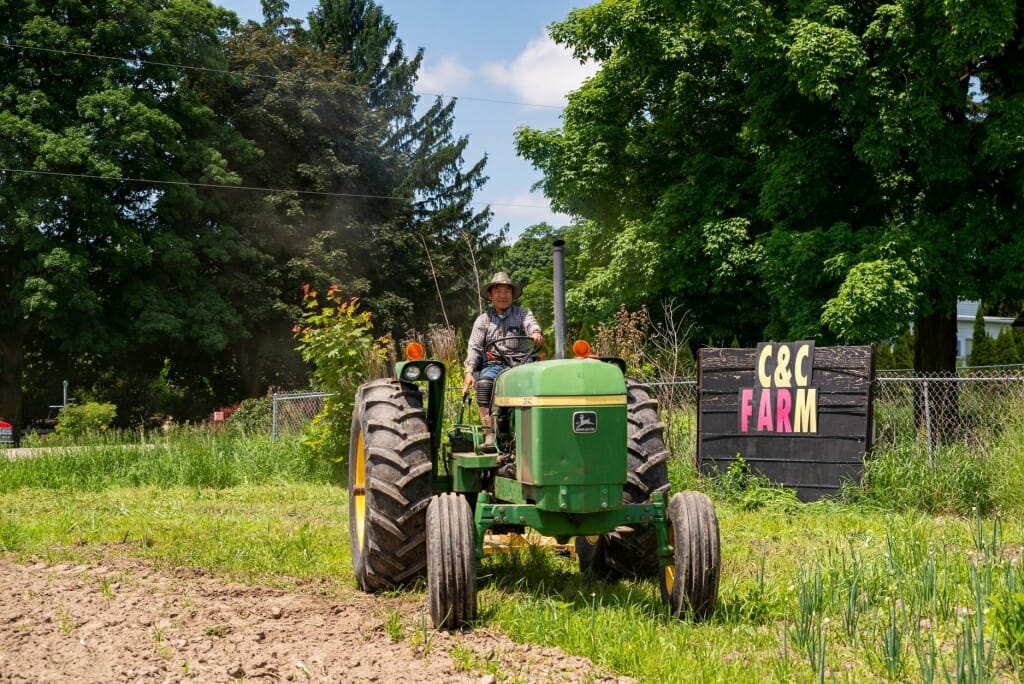 There was a time when if you didn’t grow up on a farm, you at least knew a farmer. Times have changed. In 2018, Wisconsin lost 638 dairy farms – a 7.25 percent decline, according to the latest data from the state Department of Agriculture, Trade and Consumer Protection. It’s the biggest decline since records started in 2004.

“It’s a part of life that not many people get to live,” says Stephanie Kate Hoff. “I think it’s special.”

She knows firsthand. The UW–Madison life sciences communication major grew up on a farm in Thorp, Wis., that raised pigs and beef cattle. She was a proud member of the Future Farmers of America and still has her blue corduroy jacket to prove it. 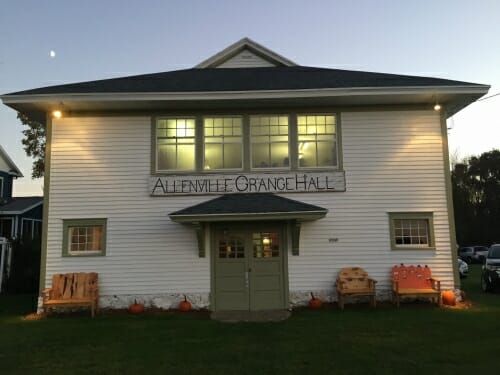 The Allenville Grange hall was opened up after years of being boarded up for the Community Dinner and Conversation event. Submitted photo

Hoff is helping more people get a glimpse into the farming experience with “The Lands We Share,” a collaboration of faculty and students at four UW campuses (UW-Whitewater, UW-Oshkosh, UW-Milwaukee, and UW–Madison), that includes a traveling exhibition and public dialogue tour that focuses on the intersection of farming, land, ethnic culture and history in Wisconsin.

“It’s a way for farmers to have a voice,” Hoff says.

The exhibit can be seen through Jan. 2 at the Hoard Historical Museum in Fort Atkinson and from Jan. 4 through Jan. 26 at the Johnson Creek Village Hall in Johnson Creek. There will be a community dinner and conversation Jan. 17 at the Johnson Creek Community Center. Other stops include UW-Whitewater and Milwaukee. The exhibit will conclude with a closing night gala May 8 at the Madison Central Library in downtown Madison.  More information about the exhibit can be found at https://landsweshare.org. 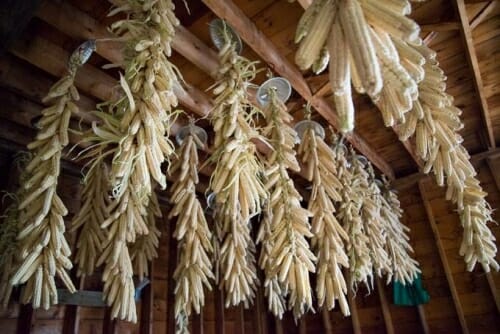 Braided white corn is hanging from the ceiling at the Oneida Nation. Submitted photo

It features the stories, histories, artifacts, images and sounds of six culturally and regionally distinct farms and farm sites and invites visitors to share their own stories, insights and questions.

“I wanted an ongoing public history project that students could work on outside of their classes,” Levy says. “I also wanted students of all backgrounds to discover that even if they aren’t personally connected to farming themselves today, there’s a strong likelihood that farming is part of their family’s history if they go back far enough.”

Hoff got to visit with a farmer who is in his 90s and just can’t quite seem to retire. He told her stories about his farm’s history, including when it first got electricity.

“That was a cool one,” Hoff says. “It meant a lot to his family to be able to record it.”

She learned interview techniques and how to gather oral histories from Troy Reeves, co-director of The Lands We Share and head of the Oral History Program at UW–Madison.

“I hope the public who views the exhibit or the website (landsweshare.org) see great examples of Wisconsin farmers, whether they run large or small farms or live in rural or urban communities,” Reeves says. “And that through learning about those stories, they are reminded that regardless of who we are and what we do, food and discussions around it can help us find common ground.” 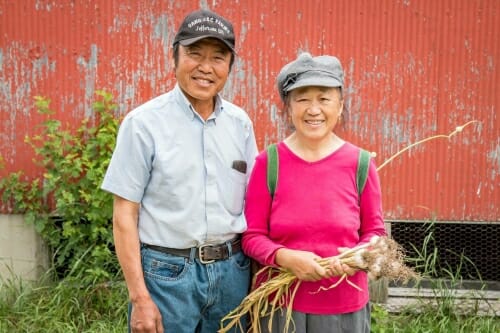 Hoff learned plenty while working on the project, especially about the different types of farmers Wisconsin is home to. The exhibit features the Oneida Nation Farm in Seymour, originally founded in 1978, which includes an active farm, 4-H youth club, and farmers’ market; The Allen Family Farm, a family farm established by white settlers in Winneconne in the mid-19th century that works closely with migrant and immigrant workers of predominantly Mexican and Hmong descent; The Vang C&C Farm in Jefferson County, the first Hmong farm to be organically certified in the state of Wisconsin; Dettmann Dairy Farms in Johnson Creek; and The Metcalfe Park Community Garden in Milwaukee, which serves predominantly African-American residents.

“The opportunity to travel and work directly with students and

community leaders across an extremely diverse range of cultures in the state is unusual and hopefully will have a positive impact on them,” Levy says. “That’s what students seem to be most drawn to — the social engagement and interpersonal connections that this project demands. I think those experiences will last with them for a long time.”

The goal of The Lands We Share is to bring people and groups from diverse backgrounds together who are often separated despite living and working in close proximity.

“People think people from rural areas are small-minded and urban areas are out of touch. There’s a lack of understanding,” Hoff says. “You can learn a lot about the commonality you share with a stranger.”