Kids learn better with a friend. They’re more enthusiastic and understand more if they dig into a subject with a companion. But what if that companion is artificial?

Researchers at the University of Wisconsin–Madison have built a robot, named Minnie, to serve as a reading buddy to middle school kids, and Minnie’s new friends grew more excited about books and more attached to the robot over two weeks of reading together.

“After one interaction, the kids were generally telling us that, sure, it was nice to have someone to read with,” says Joseph Michaelis, a UW–Madison graduate student studying educational psychology. “But by the end of two weeks, they’re talking about how the robot was funny and silly and afraid, and how they’d come home looking forward to seeing it again.” 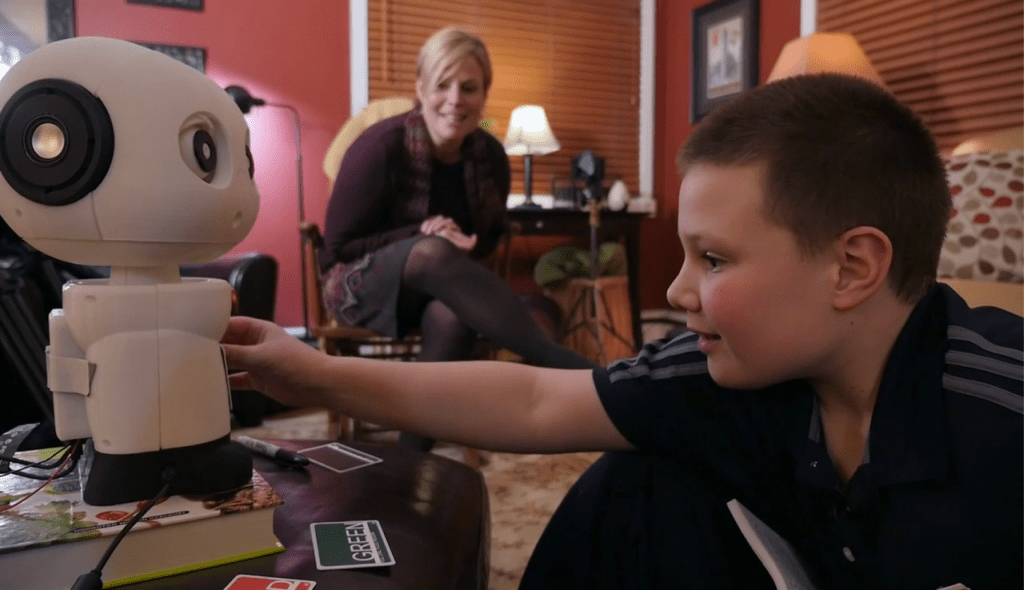 Researchers Joseph Michaelis and Bilge Mutlu believe companion robots like Minnie will soon be a fixture in homes, and they wondered if those robots could serve as social learning companions for kids. Division of Continuing Studies/UW–Madison

Michaelis and computer sciences professor Bilge Mutlu published their work with Minnie on Wednesday (Aug. 22) in the journal Science Robotics.

Research shows that social learning — pairing up with a peer to complete math problems or read a chapter in a textbook — is a powerful way to help students develop skills and interests, according to Michaelis. It improves students’ comprehension by distributing the cognitive workload and reinforcing understanding through dialogue.

“Most interesting to me is that we know social learning strengthens interest and motivation,” says Michaelis, who taught high school science before returning to graduate school. “A lot of kids who don’t like reading, in particular, point out that it’s an isolated activity, and people just sort of accept that isolation. But it can be demotivating and harder to learn and understand in that situation.”

Minnie’s new friends grew more excited about books and more attached to the robot over two weeks of reading together.

Michaelis and Mutlu believe companion robots will soon be a fixture in homes, and they wondered if those robots could serve as social learning companions for kids.

They designed a two-week reading program including 25 books representing a range of reading skill and story complexity, and programmed Minnie to be an interested listener. The children in the study read aloud to the robot, which could track their progress in the book and react to the story — every few pages or so, especially during important moments in the plot — with one of hundreds of preprogrammed comments. 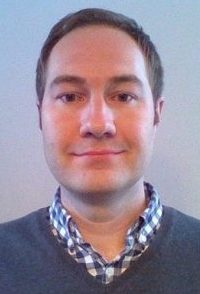 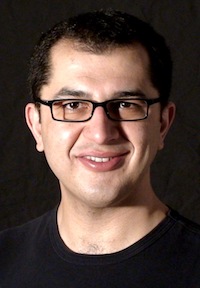 “The goal is to try to make it as genuinely conversational as possible. If you were reading a book to me, and I was surprised, I’d say something like, “Wow, I didn’t see that coming!” Michaelis says. “When a scary part of the book happens, the robot says, ‘Oh, wow, I’m really scared.’ It reacts like it would if it had a real personality.”

With simple, oversized black eyes on a relatively featureless white globe of a head, Minnie can react and cajole and summarize and appear thoughtful. It even starts by following an initial introductory read by recommending (via an algorithm) a good book from its library of titles, which include the familiar Harry Potter and Goosebumps series and genre classics like “A Wrinkle in Time.”

“That match is crucial. If you’re trying to make a social connection with someone, and they say, ‘You’d love this book,’ and they’re totally wrong? That ruins that credibility,” Michaelis says. “Most kids said the robot did a good job suggesting books to them.”

“When a scary part of the book happens, the robot says, ‘Oh, wow, I’m really scared.’ It reacts like it would if it had a real personality.”

The connection grew from there. The number of children who told researchers the robot has a personality or emotions increased more than fourfold over the two weeks readers spent with Minnie. The number reporting they were motivated to read also spiked — and surpassed a control group following a paper-based version of the reading program. And kids who read with Minnie said they felt like they understood and remembered more about the shared books.

Mutlu, who studies human-robot interaction, said the illusion of personality in a robot is so fragile, it often breaks down in a matter of minutes. 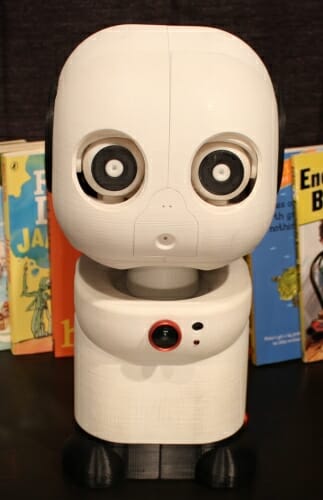 With simple, oversized black eyes on a relatively featureless white globe of a head, Minnie can react and cajole and summarize and appear thoughtful. Photo courtesy of Science Robotics

“We’re getting more used to interacting with things that talk to us now, with Siri and Alexa and others. When they are behaving in a way that kind of reveals their technical flaws or limitations, you realize immediately you’re not having an actual conversation,” Mutlu says. “The biggest shock in our study is that two weeks later, the kids are still relating to the character — rather than saying, ‘This is stupid. I’m not talking to your robot anymore.’”

He attributes that success to the care taken in developing Minnie’s speech repertoire, and also to a sweet spot robots enjoy among the age group in the study — a group that may be emotionally sophisticated enough to make connections, but not wary or snarky enough to push the envelope.

“The children are a match to the robot’s capabilities, and vice versa,” Mutlu says. “This robot supports an engaging reading activity, but it’s not a social companion to the extent that you could have an open conversation with it. If you had a much more capable robot, that picture might change.”

Not that other family members were left out. Minnie’s homestays got to be comfy visits, with the robot and humans sprawled on the floor or propped up on beds with pillows.

“I had families send me pictures of themselves dressing up the robot. I’d get the box back, and it would have sorts of extra books in it that were just from the kids’ shelves, just thrown in there. All kinds of random paper, markers, crayons,” Michaelis says. “Your experiments don’t get to live like that — to get that authenticity — in a lab.”

“This idea is in its infancy. But now we know if you really, carefully design this, it can actually sustain interaction and heighten kids’ emotional experience with reading. That’s a huge achievement.”

Michaelis and Mutlu, whose work is supported by the National Science Foundation, see Minnie helping to spur otherwise reluctant students on in all sorts of academic tasks, and have already begun testing a version of the robot that shares in science studies. They hope to try out periods of interaction even longer than two weeks — an eternity for a robot interaction, but a blink of an eye in the development of a child.

They expect social learning functions could be part of a companion robot shared by a whole family, but acknowledge that future as fraught with design concerns over how to craft an engaging personality for users at different ages, protect family members’ privacy and maintain the hard-won trust of a child that will also see the robot having private interactions with parents.

“This idea is in its infancy. But now we know if you really, carefully design this, it can actually sustain interaction and heighten kids’ emotional experience with reading,” Mutlu says. “That’s a huge achievement.”

This work was supported by a grant from the National Science Foundation (1149970).