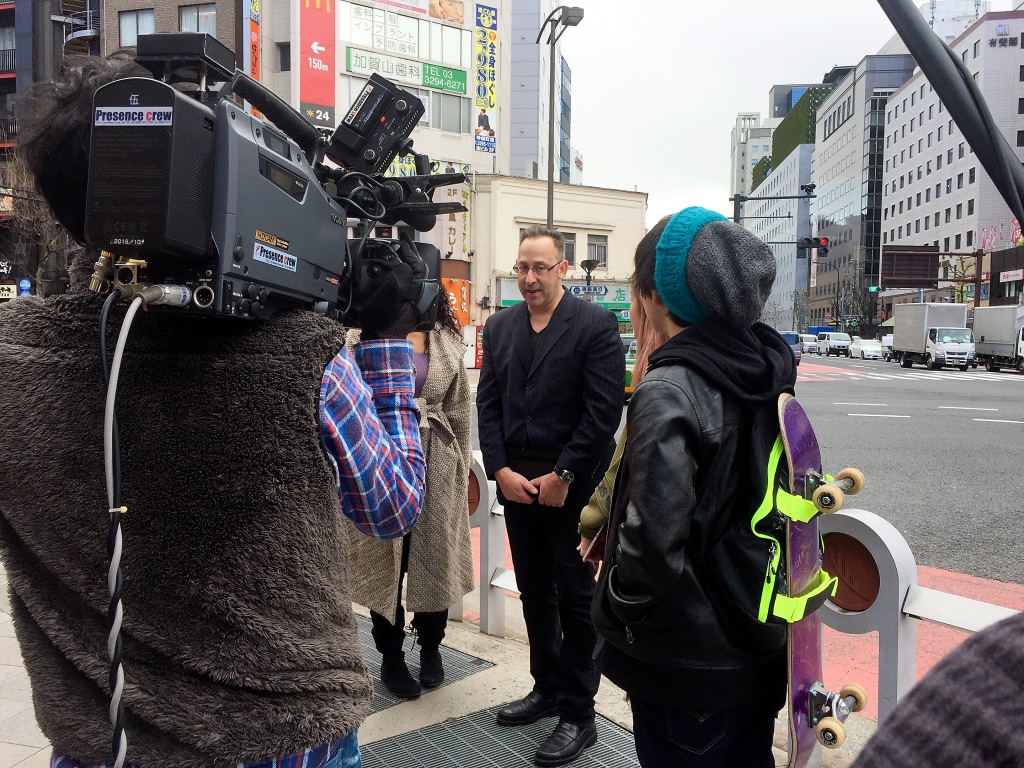 He summoned them to his office early the next morning, promising something “potentially extremely interesting and important, if not possibly life-changing.”

“If you already have plans, please reschedule them,” he wrote. “And I would please ask that you not tell anyone about this, at least not for the time being!”

Jeff Chiqui, a freshman from Chicago, opened the email and thought: “I’m in big trouble.”

He wasn’t. Kern, a professor of Japanese literature and visual culture, had been chosen for an extensive profile on a popular prime-time television program in Japan. The show’s producers wanted Kern to pick four students to accompany him on a free, week-long trip to Japan. 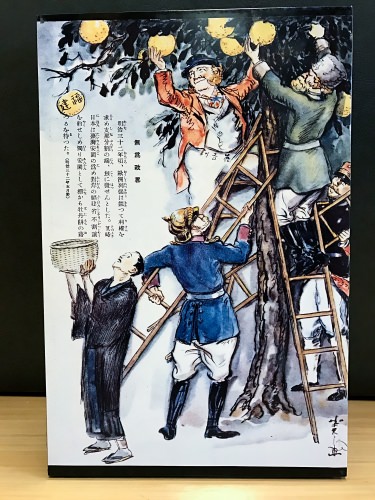 One of Kitazawa Rakuten’s political cartoons from 1899. Criticizes the Japanese government for standing by, hoping for a “windfall” from the Chinese situation, while the Europeans and Americans are more actively pursuing their goals in China. Photo courtesy of Adam L. Kern

During the trip, the students would get a rare, behind-the-scenes look at the world of manga (pronounced mahn-ga), Japanese comics with centuries-old roots. Kern describes them as resembling “comics on acid” — denser, more action-packed, more visually stimulating, though with fewer words, than their Western counterparts.

Kern, an expert on the topic, is the author of Manga from the Floating World: Comicbook Culture and the Kibyōshi of Edo Japan. Studying manga provides a fun window onto one of the world’s great civilizations that happens to offer the major alternative to American pop culture, Kern said. Manga also can boast being the oldest, most widespread, most profitable, and arguably most influential comic book tradition in the world, he said.

For the show, Kern would be filmed lecturing on manga while introducing the students to various manga artifacts not available in the U.S. The producers told Kern he could pick only undergraduates who had never been to Japan and who spoke little or no Japanese.

“They wanted total newbies,” said Austin Castleberry, a freshman from Baraboo, Wisconsin, who had not been out of the country and scrambled to get an expedited passport.

Kern said the four stood out in the class of 50 for their thoughtfulness, engagement and academic rigor.

What followed were weeks of intense filming by TV Osaka, producer of “Wafū Sōhonke,” which mixes documentary segments with quiz-show elements. The title roughly translates to “Japan’s Cultural Foundations.” 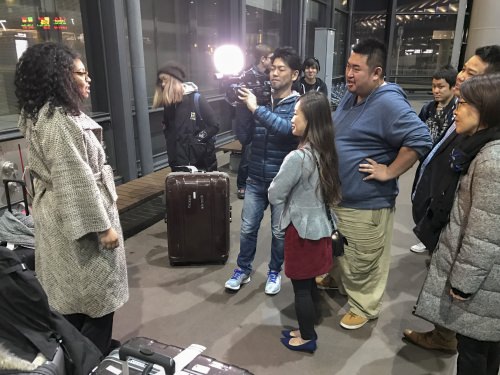 The production crew made four trips to Madison. Kern and his students traveled to Tokyo and Kyoto Feb. 4-11, where they were shadowed by cameras as if celebrities — even when taking a Japanese bath.

“We got used to the feeling of being constantly watched,” Castleberry said. “You just had to be yourself, but with a little extra you — more enthusiasm, more facial expressions.”

The segment aired in Japan March 9. It is not expected to screen in the U.S. Kern and his students will be receiving DVD copies.

“This trip was such a precious opportunity for all of us,” said sophomore Mingyue Zhang of Guangdong, China, who, along with junior Kayla Lewis of Milwaukee, completed the student contingent.

The Japanese production company chose Kern after an extensive search of foreign professors who are experts in Japanese culture, said Norie Takata, a researcher in Los Angeles with Cosmo Space of America, a production company that assisted TV Osaka. Kern rose to the top of a substantial field of initial candidates, she said.

The feature on Kern is intended to help Japanese people rediscover their country and their culture through the eyes of a foreign professor, said Takata, who served as an on-location interpreter. If the 90-minute pilot on Kern scores well in the ratings, the concept could become a series of segments on outstanding foreign teachers of Japanese culture, she said.

Kern grew up in Minnesota and began learning Japanese at 16 as an exchange student. He said he initially was hesitant to participate in the project because he knew it would be time-consuming and affect others in his life, including faculty colleagues, staff and students. 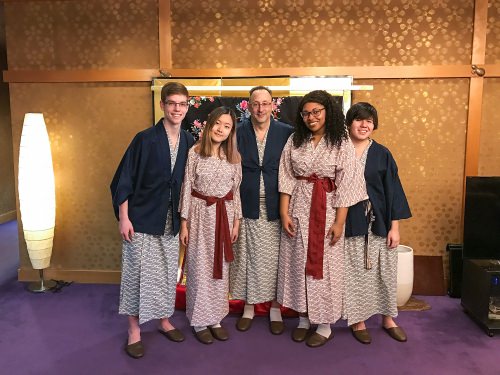 “Then I realized this was a golden opportunity to really open the eyes of four students to things they never would have seen otherwise,” he said. He also saw it as an opportunity to introduce UW–Madison to the Japanese.

“In some rankings of world universities, Wisconsin comes up either slightly under or slightly above the University of Tokyo, which is considered the best university in Japan,” Kern said. “This was something the TV Osaka people were extremely conscious of.”

While in Japan, Kern and his students were able to handle rare comics from the 18th century and sit in on a production meeting with a top-selling manga storyteller, a female author who goes by the name of NON. They visited manga museums, toured a Japanese publishing house, and interviewed Japanese fans of manga.

The students said Kern accurately predicted the value of the trip — it was life-changing. Castleberry intends to learn conversational Japanese and study abroad. Zhang said she’s deeply committed to exploring other cultures and countries.

Lewis, who hopes to become a clinical psychologist, said she can see herself incorporating manga as a way to reach people with mental illnesses or substance abuse issues who don’t respond to conventional interventions.

“Adam is my mentor,” she said. “He really inspires me, because I don’t think a lot of people would just drop everything to teach four students something new like this. I really appreciate what he’s done for all of us.”

Chiqui jokes that his college career has peaked as a freshman. The trip seems almost too amazing to have been true, he said. His parents thought so at first, as well.

He remembers them saying, “You took a random comic book class your first semester at college and the professor liked you enough to take you to Japan? We’re not buying it.”