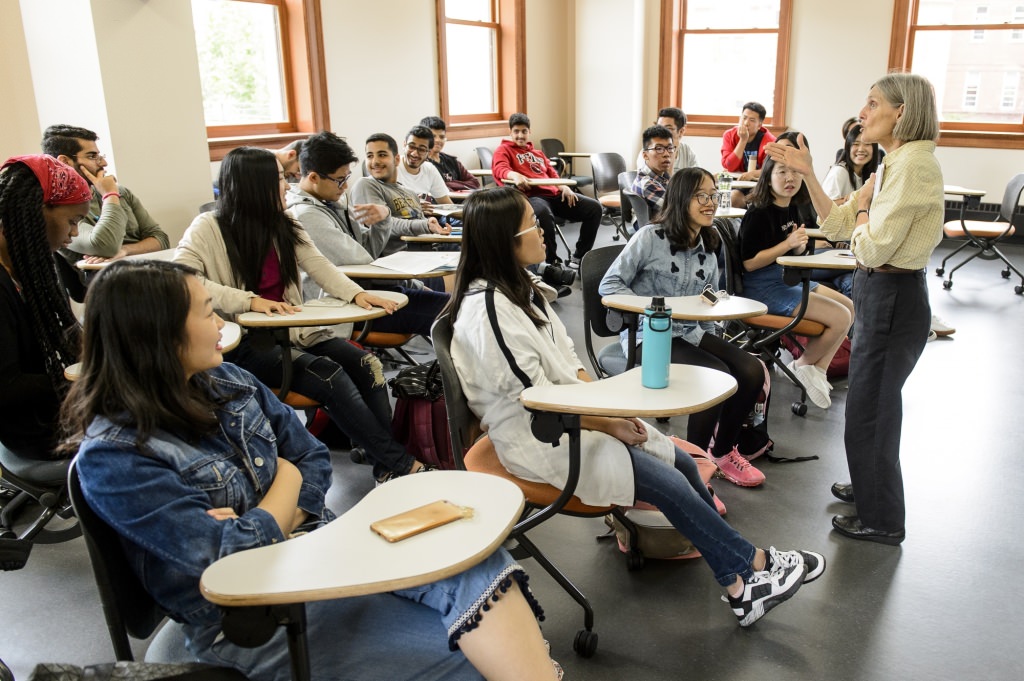 Gail Ibele, associate director of UW–Madison’s English as a Second Language (ESL) program, talks to the 25 students in the new International Student Summer Institute. The program, which includes a three-credit ESL course in academic writing and reading, helps first-year international students acclimate to university life ahead of the fall semester. “The ESL course gives them a head start in adjusting to the rigors of academic work so that they’ll be well-prepared and know what’s expected of them when their fall classes begin,” Ibele says. Photo: Bryce Richter

He feels confident speaking and writing in his second language, yet he worried that the academic demands of a U.S. college curriculum might tax his English fluency. He also wanted a little extra time to ease into American university life.

“I didn’t want to experience culture shock,” says the 17-year-old.

He’s addressing both concerns as one of 25 students in UW–Madison’s first-ever International Student Summer Institute.

The new program allows first-year international students to arrive several weeks ahead of the fall semester and take an academic reading and writing class for non-native English speakers. The students also participate in a wide array of campus and community activities and meet current domestic and international students, all with the goal of helping them acclimate to U.S. life. 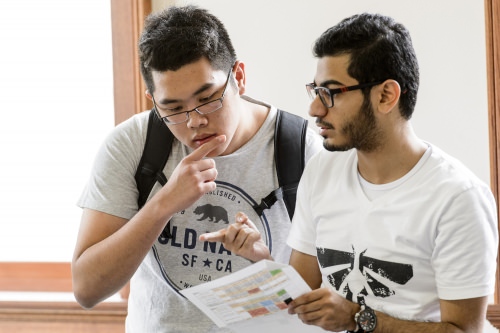 Alfred Sunaryo (left) and Hussein Alkhayat (right) plan their strategy for a campus scavenger hunt during an International Student Summer Institute class session in the School of Education Building. The scavenger hunt was designed to be both fun and practical — students covered a lot of ground and learned about many buildings and resources on campus. Photo: Bryce Richter

“Imagine you’re from another country and how scary it could be to embark on this new educational experience,” says Sandy Arfa, director of the university’s English as a Second Language program. “We’re hoping to take some of the edge off that.”

The four-week institute began July 31 and runs through Aug. 25. Students stay at Dejope Residence Hall. The cost is about $5,800, which includes tuition, fees, housing, meals, insurance and classroom materials.

The 25 students are from nine countries: China, Indonesia, Japan, Kazakhstan, Nigeria, Saudi Arabia, South Korea, Taiwan and Vietnam. None had been to the campus or Wisconsin prior to the summer institute.

The institute’s centerpiece is a rigorous, three-credit ESL class, which meets for two hours each weekday. Students listen to faculty lectures, build note-taking skills, study the conventions of academic writing, and learn how to be an active participant in discussions.

The institute appealed to Kaoru Ro, 18, of Tianjin, China, because she sought additional time to grow comfortable in the atmosphere of an American classroom. She expects to be required to read more papers and do more homework than she is used to, and she anticipates that the nature of the assignments will be different.

“Our coursework in high school was more about memorization,” she says. “Here, it is more about, ‘What do you think about this?’ ‘What is your opinion?’ That is a change for many of us.”

The relationship between student and instructor also differs here, she says. She expects it will be more informal and interactive — she’s heard that many professors request that students address them by their first names. That’s a degree of casualness that will take some practice, she says. 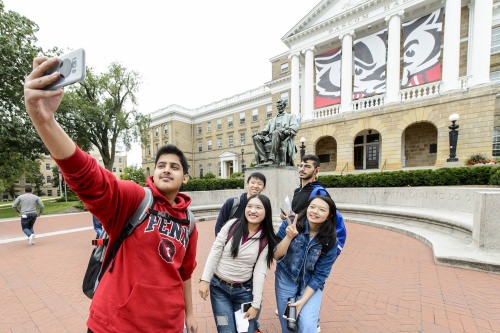 These kinds of cultural differences underscore the value of the institute, says senior Min A Kim, 21, a UW–Madison psychology major who was born in South Korea and grew up primarily in Lima, Peru. She is serving as a house fellow this summer for the institute and was one of several current international students who provided input during the institute’s design.

The Summer Term Office led the creation of the institute and is coordinating its logistics with the help of the ESL program, University Housing and other campus entities.

While all international students attend Student Orientation, Advising, and Registration (SOAR) before classes start, the amount of information imparted and the number of students involved can be a bit overwhelming, Kim says.

“I often wished there had been a program like this when I was a freshman,” she says. “It allows students to settle in before the rush of the fall semester.”

The institute includes many fun ways for students to learn about the campus and the community. Early on, the students explored campus on a scavenger hunt, toured the Chazen Museum of Art, bowled at Union South, and took field trips to a performance of Concerts on the Square and a Target store.

The immensity of Target, with its range of products from a jug of milk to a sofa, stunned several students.

“We don’t sell furniture in our supermarkets,” says Tianyuan Guo, 18, who is from the same city in China as Kaoru Ro. The two had not met until arriving in Madison but are becoming fast friends. Concerts on the Square impressed them.

“I have never seen so many people come together in one place in America except maybe Times Square on New Year’s Eve,” Guo says.

“Everyone just seemed so happy and friendly,” Ro says. “People know how to live beautifully here.” 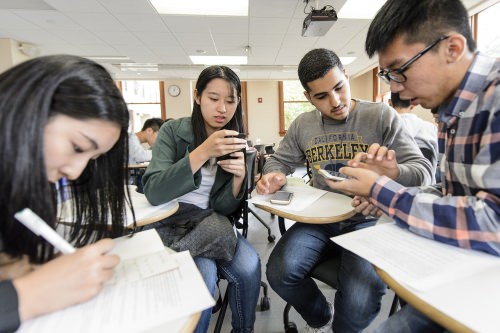 Sarah Barber, director of Summer Term, hopes the institute will give students a solid academic foundation for their fall classes while also helping them develop a sense of connection with the university and each other. If deemed a success, the institute likely will expand to 50 students next summer, she says.

“The ESL course is intense but very helpful,” he says. “I already feel my academic skills improving. And the rest of it has been tons of fun.”

He plans to major in chemical engineering and was accepted to seven U.S. universities. He chose UW–Madison primarily because of the reputation of its engineering program and the research opportunities.

“I can’t wait for the winters here,” Sunaryo says. “We don’t have winters in Indonesia, and I like cold.”