From fungi to humans, ‘smart valves’ assist communication within, between cells

A basic structure that allows cells and subcellular units to converse in chemical language turns out to have a lot more abilities than expected. The structure, called a “fusion pore,” allows hormones, chemicals that carry nerve impulses, and proteins produced in containers inside cells to reach their destination.

But Chapman says the previous view — that the pore works as a pipe — needs major revision. Based on research he published online today (Jan. 31) in the journal Nature, he argues that fusion pores are actually highly dynamic valves. A pore can be mostly open, and flicker closed. It can be mostly closed, but flicker open. Or it can have some in-between state. 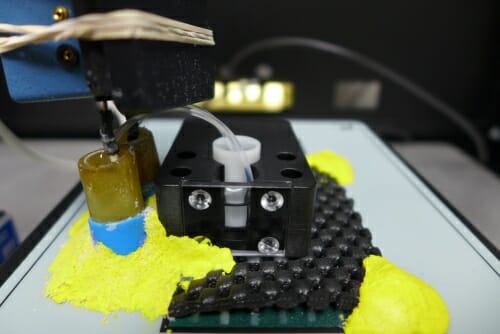 The new research relied on an apparatus devised by Edwin Chapman and his colleagues that can, for the first time, record exactly when the fusion pore opens and closes. Photo: David Tenenbaum

The new research shows that opening in a pore depends on how many SNARE proteins are in its structure, Chapman says.

SNAREs build fusion pores in all organisms containing a cell nucleus, a range that starts with many single-celled life forms and moves up through plants and animals to humans. That means both the pores and the SNARE proteins that construct them probably evolved more than 1 billion years ago.

And that means that the structure and function of fusion pores matters fundamentally in biology, says Chapman, a Howard Hughes Medical Institute investigator and professor of neuroscience at UW–Madison.

“Some folks think of a cell as a bag of aqueous goo, but in reality, it contains hundreds or thousands of organelles, each surrounded by its own membrane,” he says. “All of these organelles contain or process or accept various substances, and respond to myriad signals. To emit or take up a substance, these containers need to build a fusion pore across membranes. These pores are all over the place whenever an organism has more than one cell.” 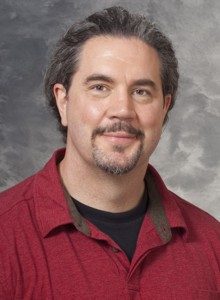 In 2013, the Nobel Prize was awarded for the discovery of SNAREs and the topic of membrane fusion. According to conventional wisdom, when a fusion pore forms, the SNARE proteins lock into place with a zipper-like action, creating a structure that essentially never closes — that is to say, they form a pipe, a “dumb” connection across normally impermeable membranes.

In his office, Chapman Googles “SNARE proteins,” and returns a screenful of images showing corkscrew-shaped molecules, intertwined as they seize the outer membranes of two cells. “They did not give us credit at Wikipedia, but we drew that cartoon,” he says, with delicious irony.

“And now we’ve proven that this model is wrong,” he says. “The textbooks need to be adjusted.”

A valve, not a pipe

The new research shows that the pores are sophisticated, sensitive and trigger-happy valves that can open and close thousands of times a second. “I expect we’re going to see a lot of rethinking,” Chapman says. “It’s one thing to have a pipe that’s jammed open. It’s quite another to have one that is mostly closed, but flickers open momentarily — or vice versa.”

SNAREs do not fully assemble into stable complexes before fusion, Chapman says. “Rather, SNAREs are zippering and unzippering and driving dynamic changes in fusion pores after they have opened.”

The new research relied on an apparatus devised by Chapman and his colleagues that can, for the first time, record exactly when the fusion pore opens and closes. Depending on the number of SNARE proteins in the pore, and its diameter, they have found that a pore may be almost entirely closed. It may be closed, but open for a burst every half second or so. It may do the opposite. 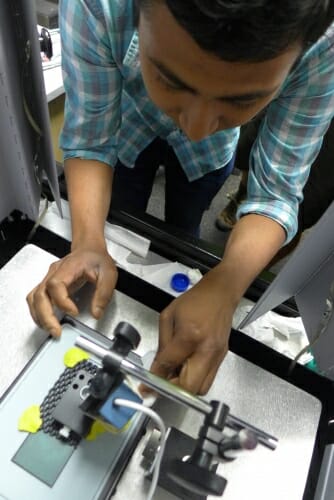 Or it may mimic the conventional wisdom and remain constantly open.

“This is unexpected flexibility, unexpected dynamics,” Chapman says. “Fusion pores have been thought of as something that is either open or closed. The signal passes, or it does not. But when we studied them at the microsecond time scale, we saw something quite unexpected. With three SNARE proteins present, they flicker open, but are mostly closed. With five SNAREs, most of the time they are open, but they transiently close. With seven SNARES, they are always open.”

Without membrane fusion enabled by these pores, many substances made in a cell or a subcellular unit would be trapped and useless, Chapman says. “Membrane fusion is a fundamental question for organisms with a nucleus,” a category that includes yeast. “When one considers that the human brain contains on the order of 10 to the 15 synapses, an uncountable number of fusion pores form in our brains over the course of a day. Only now are we starting to understand the structure and dynamics of these mysterious nanoscale molecular machines.”

In the nervous system, fusion pores underlie signaling by transporting a chemical message across a narrow gap from one neuron’s axon to another neuron. Fusion pores are also fundamental in other aspects of biology, ranging from the release of insulin after a meal to the entry of viruses into target cells.

Key to the discovery were innovations by co-authors Huan Bao and Debasis Das, postdoctoral researchers in the Chapman lab, with help from Yihao Jiang and Baron Chanda, world leaders in such recordings. Together, they created an apparatus to measure the flow of electric current across a recombinant fusion pore built from purified components.

“Huan and Debasis are able to make exact measurements of the properties and behavior of an individual, artificial fusion pore,” says Chapman. “We can measure the pore opening with unprecedented time resolution — less than a thousandth of a second — and these guys lead the world in these delicate measurements.”

Previously, the opening was measured in multiple seconds, but better resolution makes the current result much more complex and interesting, Chapman says. “We found that the number of SNAREs used to drive the fusion definitely affects the outcome, but it’s nuanced and it likely depends on many other factors.” 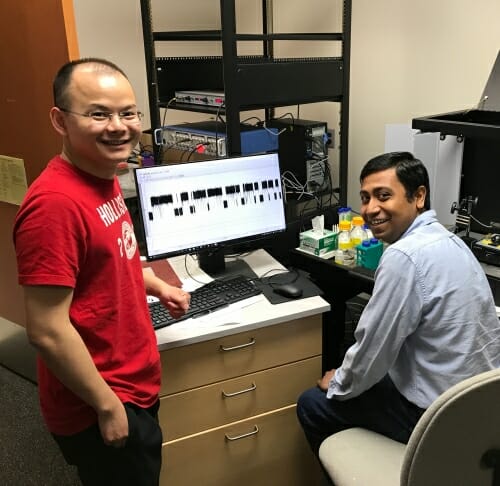 Huan Bao, left, and Debasis Das, measured the activity of a molecular structure that determines when a pore linking cells and/or their sub-units is open or closed. Photo: David Tenenbaum

Other channels that move molecules and ions through cell membranes lack this flexibility, Chapman says. The calcium channel, for example, uses exactly one unit of the necessary protein. “Biology could have designed the fusion pore to always need the same number of SNAREs, but it did not.”

It’s axiomatic that evolution chooses based on utility, and because fusion pores are found in all organisms with a cell nucleus, they must be an extraordinarily successful solution to the widespread need to kibbitz with the neighbors, Chapman says. “We think this has broad ramifications for communication between cells.”

The complex link between pore structure and opening points to intriguing possibilities, Chapman says. A pore that briefly “leaks” its contents could desensitize the recipient cell to the signal. For example, glutamate is a neurotransmitter that normally excites the receiving cell. If the fusion pore flickers open, a seepage of glutamate could desensitize rather than activate its neighbor, leading to inhibition, not excitation. “It seems paradoxical, but this would be a new function for a classic excitatory neurotransmitter,” Chapman says.

The idea is controversial, Chapman admits, but a similar effect has been seen in fusion pores that conduct secretions of the adrenal gland. “When the secretory cells are stimulated at low intensity, the fusion pore stays small, and only small molecules, like adrenaline and similar hormones, are released. If the pore is stimulated hard, it will open and allow release of larger peptide hormones, which play distinct roles in the peripheral nervous system. So the size of the pore determines the function of these cells.”

Seen at finer time increments, a fusion pore with three proteins called SNARE is mainly closed and only flickers open. With five SNAREs, pores spend most of time open but flicker closed. A pore with seven SNAREs is almost always open. Courtesy of Chapman Lab

The fusion pore results were so surprising, Chapman adds, that the reviewers required “another whole experiment,” performed on yeast SNAREs.

“We found the same result. If you change the number of proteins, you change the nature of the opening. We think we may have encountered a new principle of membrane fusion,” Chapman says.

“If the pore stays small, there is a different result than if it goes ahead and dilates, releasing the entire signal at once. This is behavior we could not even guess at until we had this time resolution, which allows us to see what these devils are actually doing. It’s not all or nothing, yes or no; it’s graded.”

The results may apply broadly, simply because fusion pores are almost everywhere, he says. “The behavior of the protein machinery that mediates almost all membrane fusion events turns out to be pretty clever. Biology came up with something weird here. It’s a more nuanced way of talking to each other.”