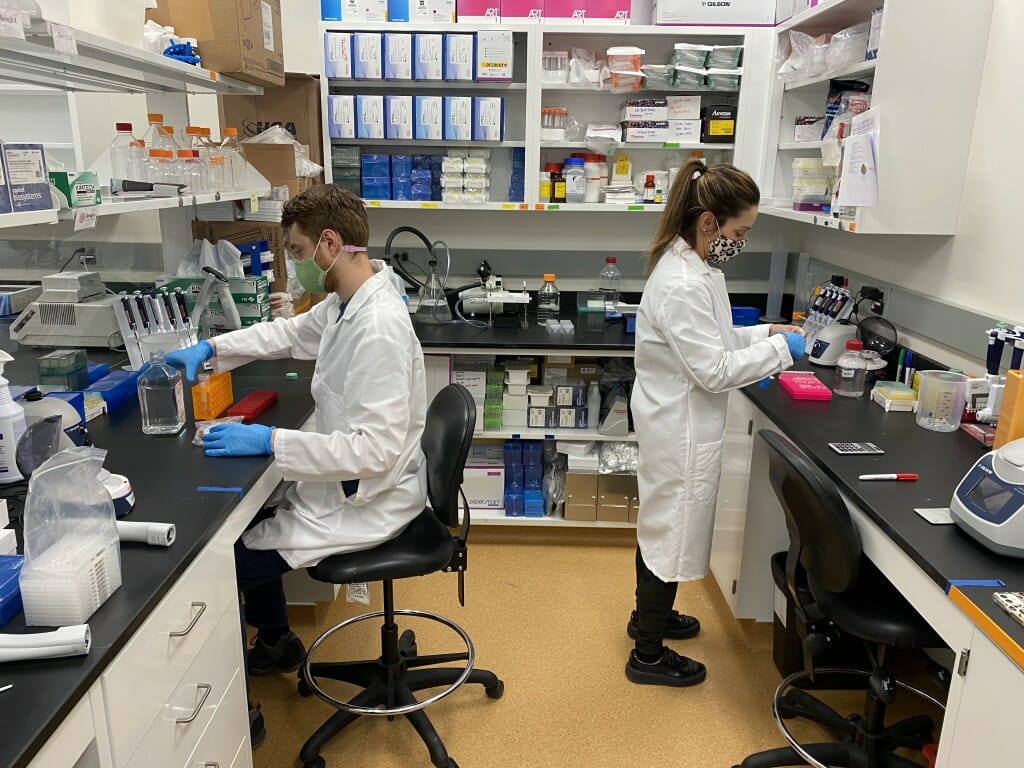 Forward BIOLABS is the only coworking life science lab of its kind in Wisconsin that helps biohealth startups get off the ground without the typical overhead and supply costs, thanks to its state-of-the-art space and lab equipment.

On average, Forward BIOLABS, a private nonprofit located in University Research Park, helps reduce the time it takes fledgling biohealth companies to launch by six to nine months and is instrumental in keeping biohealth talent in Wisconsin. Many of those companies are based on UW–Madison research, and involve graduates or faculty. 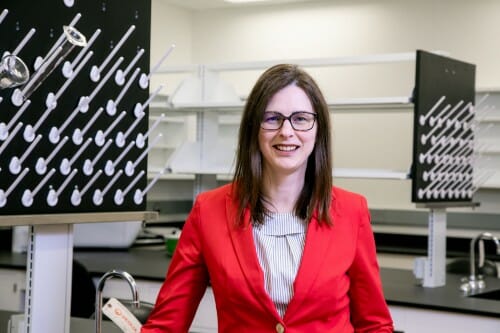 “That’s the goal: to help more companies get started, do as much as we can to help them while they’re here, and then help them transition to their own independent labs,” said Forward CEO Jessica Martin Eckerly. “The more startup companies there are, the more opportunities for big success stories, like Promega, Exact Sciences, and Fujifilm CDI to get started. We have the ability to help create more of those locally grown companies.”

Forward BIOLABS is a member of BioForward Wisconsin, which serves as a collective voice for Wisconsin’s’ biotech cluster. The organization’s 2020 report, Wisconsin Biohealth: Industry Landscape and Economic Impact Report, found that the total state economic impact of the biohealth industry is $28.8 billion, with biohealth organizations employing more than 46,000 people in Wisconsin.

“In a state known for agriculture and traditional manufacturing, biotech has grown immensely, and now, we are also gaining recognition for that,” said Martin Eckerly. “Hopefully, there will be a growing recognition of that more broadly. This is a new era; we have the opportunity to grow the next generation of manufacturing companies, and it’s happening already in biotech, biohealth, and biomanufacturing. At Forward BIOLABS, we want to help more of those companies get started here.”

As the biohealth ecosystem matures, and more companies have successful exits or IPOs, teams from those companies who enjoy working together and prefer early-stage startups often stay in Madison and join or start new companies together.

UW–Madison plays a vital role in providing technologies that can be spun out into new companies.

“UW–Madison is a key source of research that leads to new discoveries and technologies that then form new companies,” said Martin Eckerly. “There are countless examples in Madison and surrounding cities and counties, of the ripple effect that it creates.” 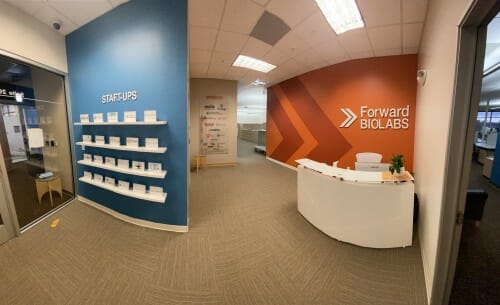 “We can serve any company that can use our lab capabilities and is a good fit for the co-working lab,” said Martin Eckerly. “There are startups of many different types here, which circles back to UW–Madison, because it has a breadth and depth of high-quality research across so many disciplines, including agriculture, food science, research tools, medicine, and biohealth.”

Of the 24 early-stage biohealth startups incubating at Forward BIOLABS, 14 are based on technology developed at UW–Madison that spans around a dozen different departments across campus. An additional 5 startups have team members who had previously worked at a successful UW spinout.

“They worked on the technology in the lab at UW–Madison, created a startup, and are making progress,” said Martin Eckerly.

Complete Phytochemical Solutions, LLC (CPS), founded in 2010 and based in Cambridge, Wisconsin, provides consulting, contract research, and analytic services to the food, beverage, and dietary supplement markets. Chief Science Officer Jess Reed and CEO Christian Krueger have worked together for 25 years in the UW–Madison Department of Animal and Dairy Science; Reed is a professor, and Krueger is a Research Program Manager II.

“In 2021, we became a member of Forward BIOLABS, enabling us to launch a biologic research core to support efficacy evaluation of natural products,” said Krueger. “Immediate access to equipment, office space, and networking opportunities with other member companies has allowed us to make significant early advances in our biologic research. Continued success at Forward BIOLABS will ultimately enable us to grow our Cambridge, Wisconsin, operations and provide additional employment opportunities in the local community.”

“CPS would have had a huge cash outlay to invest in their existing facility and equipment to set up a lab, so they’re here testing a new service,” said Martin Eckerly. “They’re based in a more rural area than University Research Park, yet they come here to test out new ideas and hopefully build a new area of their business. With the business case tested, they can then stay where they are, by expanding their existing facility with confidence.”

Cellular Logistics‘ Tandem HF technology, discovered by chief science officer Eric Schmuck in the research labs of cardiologist Amish Raval at UW–Madison, is based on combining a framework of proteins derived from cardiac fibroblasts — a certain type of heart cell — with cardiomyocytes, or heart muscle stem cells.

“When startups are writing grants and fundraising, they mainly utilize the office, and we can help through that whole process,” said Martin Eckerly. They all need a home base, and they can pick up the lab bench when they’re ready.”

Several companies have graduated to other spaces at University Research Park, including BrainXell, the first startup at Forward BIOLABS, founded by UW–Madison professor PI Su-Chun Zhang, and Vascugen, founded by Carter Cliff, a veteran of  UW–Madison spinouts Cellular Dynamics and Opsis. It is not uncommon for these companies to employ numerous UW–Madison graduates.

“Not only do we have a bunch of startups, their leadership teams are sticking around and doing it again,” said Martin Eckerly. “People who were at UW–Madison startups with successful exits have now started or work for new companies that benefit our local and state economy. That will be sustainable with a strong UW.”