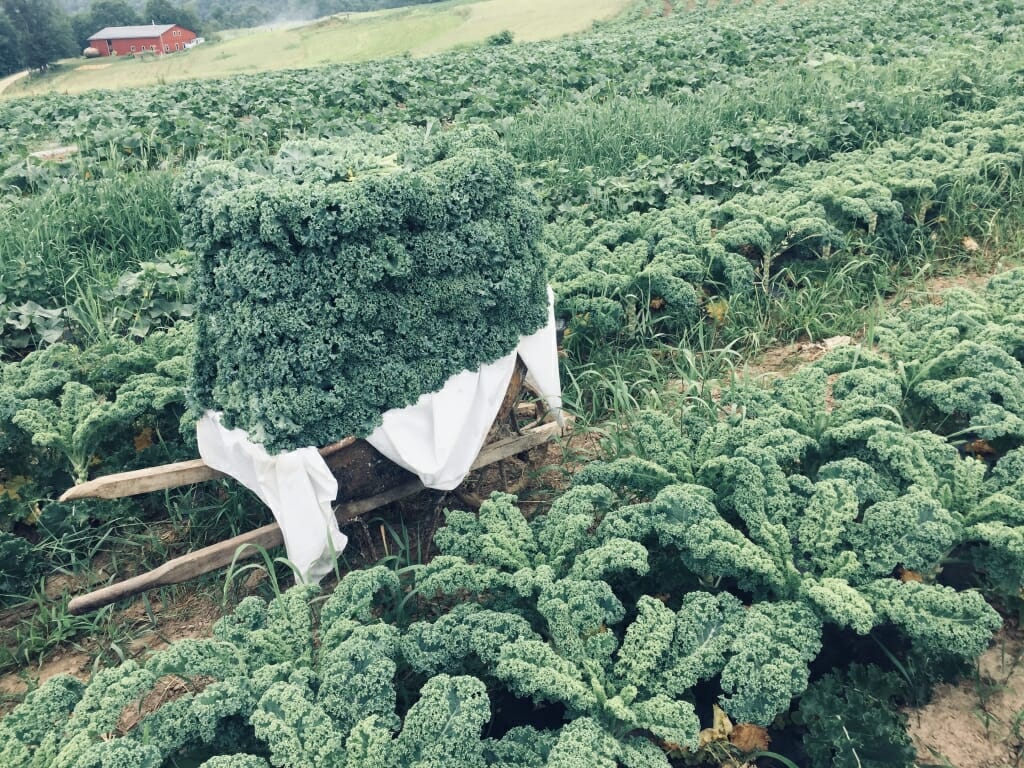 This kale will be sold through a food cooperative in Viroqua Wisconsin. Coops are one potential supplier for FoodChain. Photo from Credit: Fifth Season Coop

FoodChain, a spinoff started in part by a recent UW–Madison alumni, expects to accept its first orders for local food this December.

Farmers scarcely can afford time for weekly delivery trips to their various customers in the city. And potential buyers often prefer to save time and hassles by sending grouped orders to trusted suppliers, even if that means cauliflower from California and grapes from Chile land on the plate.

FoodChain offers to cut friction with on-line ordering and by handling the final delivery to each restaurant and grocery store.  FoodChain’s offices are in the Madison entrepreneurial hub StartingBlock, and its distribution center is in FEED Kitchens in Madison. It serves Madison but hopes to reach Milwaukee and Chicago in 2020.

Co-founder Ben Winters, who graduated in May from the Wisconsin School of Business, says he started his entrepreneurial career during middle school in the New York suburbs, by selling used sneakers and then tee-shirts.

In January, 2019, he and fellow co-founder Jake Levitt, started inventing FoodChain as a digital middleman for local food. “Over six months of research, we have talked to a variety of farmers, restaurants, and wholesale purchasers,” Winters says. “We were surprised to find that the stress points for producers and purchasers are quite similar. We are convinced that we can address the same issues for both sides.” 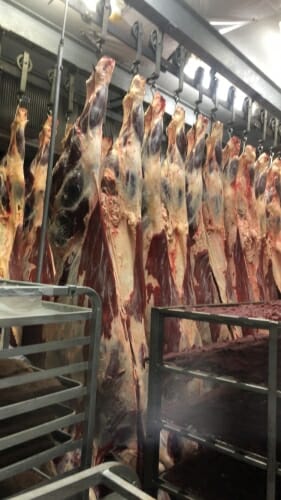 The company will handle local produce and products such as cheese and maple syrup, including both conventional and organic products.

“I’m really excited about FoodChain,” says Dave Heide, owner and executive chef of Lilliana’s restaurant in Fitchburg. “This is the thing that’s been missing. Farmers are not farmers because they like to deliver. … If we use 50 pounds of butternut squash in a week, at a dollar a pound, for $50, a farmer has to drive 45 minutes to drop it off, and back, which probably costs $24 in gas. Having delivery incorporated with other business is a great way for farmers to focus on farming.”

FoodChain also has benefits from a restaurateur’s point of view, adds Heide, who also owns Charlie’s on Main in Oregon, Wisconsin. “I love the idea of better access to farmers. We have a relationship with a strawberry farmer, but if they get flooded, how do we keep up the supply to our menus?” 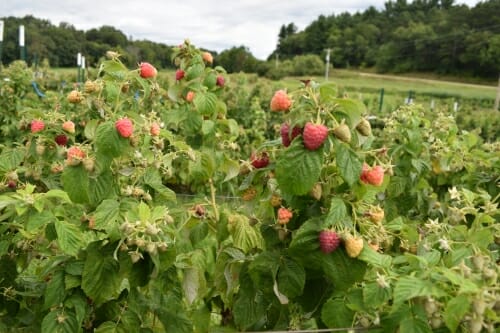 Raspberries are a local food that could benefit from FoodChain’s unusual marketing approach. Photo by David Tenenbaum

Winters says Wisconsin has been an ideal location to plant a food business. The state is second only to California in the number of small-scale growers, with a strong representation in cheese and other food products. “We intend to handle anything grown in Wisconsin, fruits, vegetables, cheese, maple syrup,” Winters says.

Being a UW–Madison student was also an advantage, he adds.

“It seems that every day I found out about a new resource, to help with business thoughts, ideas. Michelle Somes-Booher, director of the Small Business Development Center offered great advice. Vic Grassman, who works on economic development at the Center for Dairy Research, has connected us with new cheese companies that come out the Center. And the Center for Integrated Agriculture Systems has provided a lot of leads.”

Winters credits Discovery to Product (D2P) at UW–Madison for a major dollop of advice. According to Kieran Furlong, an advisor at D2P, FoodChain brings a practical, “sleeves-rolled-up” approach to streamlining the local-food market. “FoodChain’s approach has been to find out what is the problem. They talked to farmers who said driving all the way into Madison or Milwaukee, and then delivering to each individual restaurant, was a big time sink. They have hit on a key pain point: can you figure out how to make that easier?”

Winters and Levitt, who serves as CEO, don’t have roots in the land, but they’ve been accepted – even welcomed – by producers. “I’ve been impressed with farmer’s business knowledge and skills,” Winters says. “They are incredibly accepting, and open about the business, have welcomed me with open arms.”

Practicality is the team’s competitive advantage, Kieran says.  “A lot of people approach this  market fantasizing about unicorns and rainbows: ‘We want local food, local farmers,’ but they don’t go about it in a way that’s likely to succeed.”

Both sides stand to benefit from FoodChain’s mechanism, Kieran says. Restaurant owners say, ‘Sure, let’s use local food, but it’s such a hassle! That what the FoodChain team is trying to figure out: How to remove the friction, remove the hassle.”