Need to talk to your data? UW-Madison spinoff is happy to translate

As data becomes too cheap to heave out, a startup from the UW–Madison department of computer science is offering users an opportunity to “chat” with their data.

Instead of arcane codes and obscure formulas, the user speaks to the data in English, with dialogs like, “Show me the machines that are overdue for maintenance for each facility. List sales members with improved year-over-year sales. Show me the median age, median salary and median income for each zipcode and gender category in our market.” 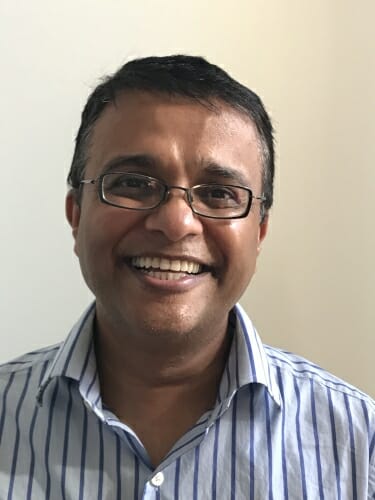 UW-Madison computer science professor Jignesh Patel and Rogers Jeffrey Leo John, a recent graduate student, founded DataChat in June, 2017, with the goal of making it more efficient for businesses to get insights from data.  “We are trying to help business users, who are not necessarily computer scientists or mathematicians, make sense of data by simply having a conversation with the platform,” Patel says. “You can think of it as a software robot that knows how to do data-science functions and automatically understands your intent from the conversation. The robot then carries out the function in real time, producing results you can use, or alter as indicated.”

As data science and AI have matured, a growing band of companies offer specialized decoding services. DataChat is different, Patel says.  “We are trying to democratize the power of AI and data science so that business people can use it too, via the software robot.”

After less that 18 months, DataChat already has paying customers, including some whose names would be instantly recognizable. The technology is covered by patents granted to the Wisconsin Alumni Research Foundation and to DataChat.

Patel is a known quantity in the entrepreneurship realm; Twitter bought one of his three previous startups in 2013. “We built a platform for real-time data analysis of streaming, and all of Twitter runs off the commercialization of that technology,” Patel says.

DataChat’s name exemplifies the company’s approach, Patel says. “A lot of the literature in this language-based approach calls the process ‘speak,’ and we were debating whether to use ‘DataSpeak.’ I was sitting at home on a Sunday morning with my two kids, and they both looked at me and said, ‘Speak does not make sense. You should call it chat.’ DataSpeak was a terrible name, and the kids saved me from that.”

Speak, he says, is a one-way transmission, but the platform – like chat — is interactive. It doesn’t hurt that “chat” is inherently mild-mannered and friendly.

DataChat, headquartered on University Avenue, has a mix of eleven full-time and part-time employees.

The company’s major competition comes from consultants who help write code for a specific functions.

DataChat, instead, is based on conversations with the customer that identify business functions and “key performance indicators” that customers want to calculate, evaluate and graph. “We feed all that information into our system and create a new language that is very exact: such as the average age of sales in days: How many days does it take to close the sale?

DataChat follows a familiar app-like model. On your phone each app has a specific function. As with DataChat’s app, no single app can do it all. “I can’t hold an arbitrary conversation with an individual app, but have to speak a specific, narrow, language,” Patel says. “But as humans, we switch to narrow languages naturally. For example, when you walk into a coffee shop, you unconsciously adopt the specific language appropriate to the occasion: Decaf or not? Hot or cold? Dairy or soy milk?”

In a coffee shop, the meaning is restricted. “Hot” means temperature, not “spicy.” In the same way, DataChat has a limited language appropriate to the situation – which is a key to its effectiveness and accuracy. 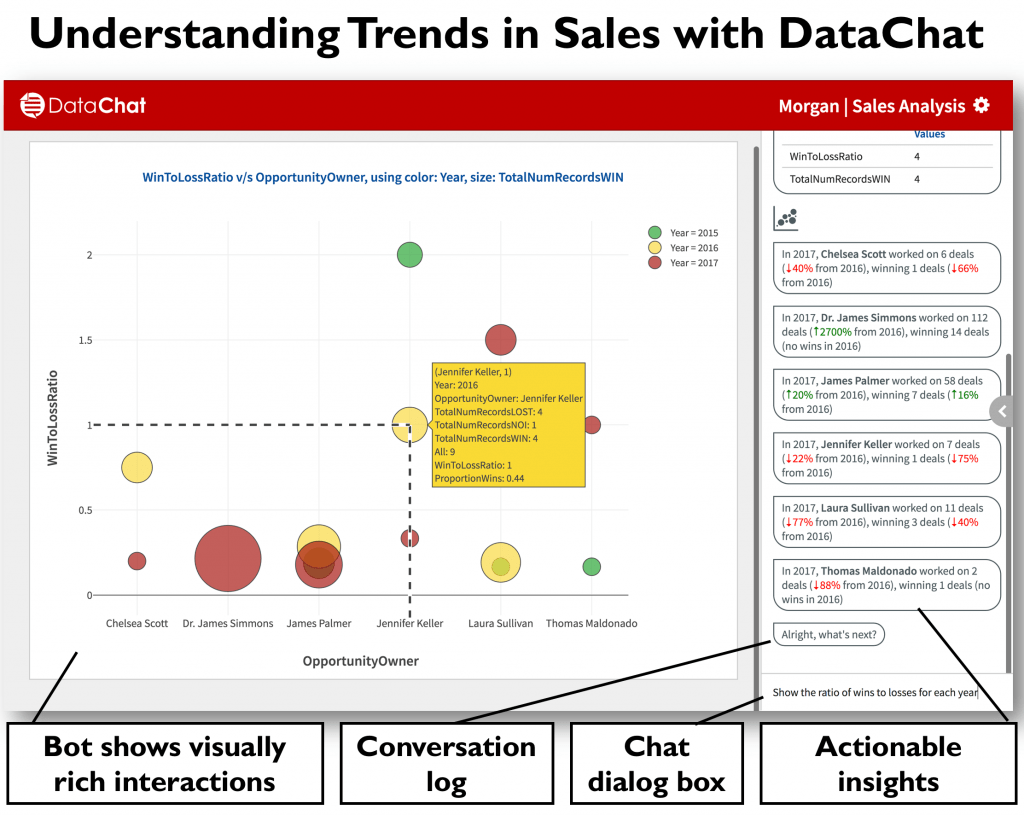 Each of DataChat’s company-tailored apps “has an engineering language associate with it,” Patel says.  “If I ask about sales per nation, it may respond, ‘I don’t understand that.’ If ‘nation’ is important to the customer, we can add it.”

The result is a package “that directly empowers the business and provides a highly competent data-scientist-in-a-box solution that is cost effective and instantaneous,” Patel says. “You think of the question, and you get the answer right away, not a week later, as you would with a consultant.”

The software also learns about users’s interests. “It’s reproducible,” Patel says. “You carry out the analysis and when you get new data, you can redo the analysis, without having to have the external data scientist on hand.”

Patel’s a data guy, and he admits to being fired up by the future of data. “The exciting thing about DataChat is the ubiquity of its application. Any industry that needs to automate itself, which in the modern economy is just about every sector, is within our marketing scope.”