Student to student: Recognizing women in leadership at UW

With International Women’s Day coming March 8, now’s the time to celebrate the women who have made an impact on our lives, as well as on our campus community.

This month also happens to be Women’s History Month and this year marks the 150th year since the first women received undergraduate degrees from UW.

But women at UW — and around the world — have made waves before then and they continue to do so now. In fact, the women in leadership here are role models to me, and they serve as an important reminder that women can succeed — and do just as well — in positions that have long been held by men.

Women everywhere are a force to be reckoned with and they’re especially leading the way at this university. In honor of International Women’s Day, I’d like to recognize five important women in UW’s leadership who are lighting a path of positive change for all students. 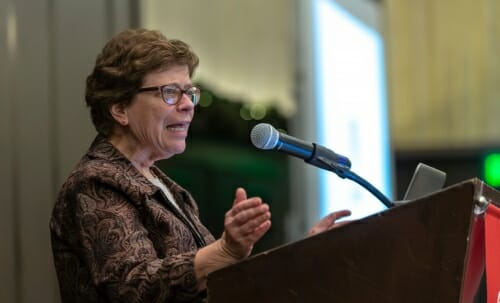 Rebecca Blank is the chancellor of UW–Madison.

The strong and fearless leader of our university is Chancellor Rebecca Blank. She is the only female president/chancellor in the Big Ten conference and the third female chancellor that UW has had, the first being Donna Shalala in 1988. Chancellor Blank has been a vocal advocate on the importance of public research universities and previously worked as deputy secretary and acting secretary of the U.S. Department of Commerce under President Obama. 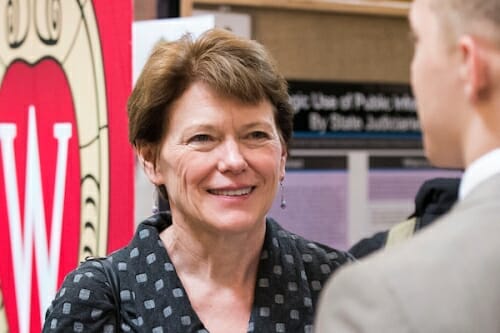 Provost Sarah Mangelsdorf listens as a student talks about his undergraduate research display during Posters in the Rotunda at the state Capitol in 2015. Photo: Jeff Miller

Sarah Mangelsdorf is the provost and vice chancellor for academic affairs at UW, where she serves as the chief operating officer of the university and deputy to the chancellor in academic leadership and administrative management. After five years of service leading UW’s academic affairs, Mangelsdorf will be leaving to become the president of the University of Rochester, making her the first female leader in the school’s 168-year history. 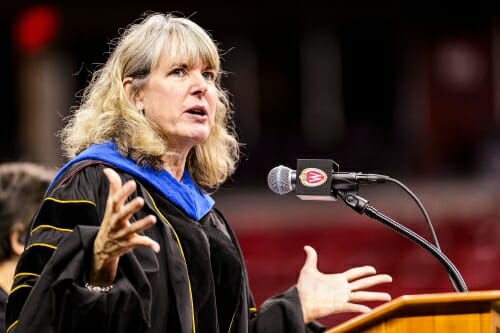 Lori Reesor works in the newly created role of vice chancellor for student affairs. The position is designed to strengthen the student experience, where she oversees vital student services like the Wisconsin Union, the Division of Recreational Sports, University Health Services and the Division of Student Life. 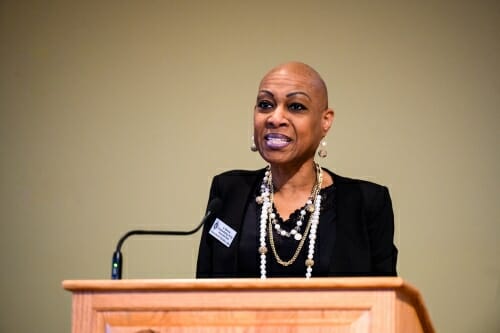 Bonnie Candia-Bailey is the associate dean of students in the Division of Student Life, the department responsible for cultivating students’ Wisconsin Experience. Dean Candia-Bailey said she is also an advocate for students with marginalized identities, saying she wants to “represent the student population and have a presence when diversity-related concerns arise on campus.” 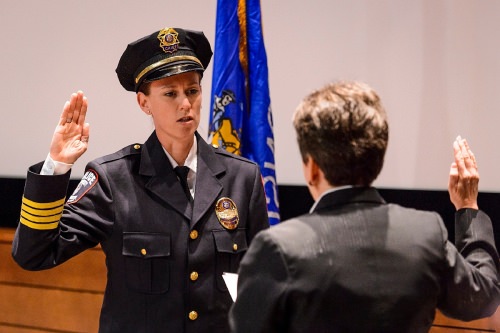 Kristen Roman is the chief of the UW Police Department. While she is a leader in a male-dominated position, UWPD is actually above the national average for women in law enforcement.