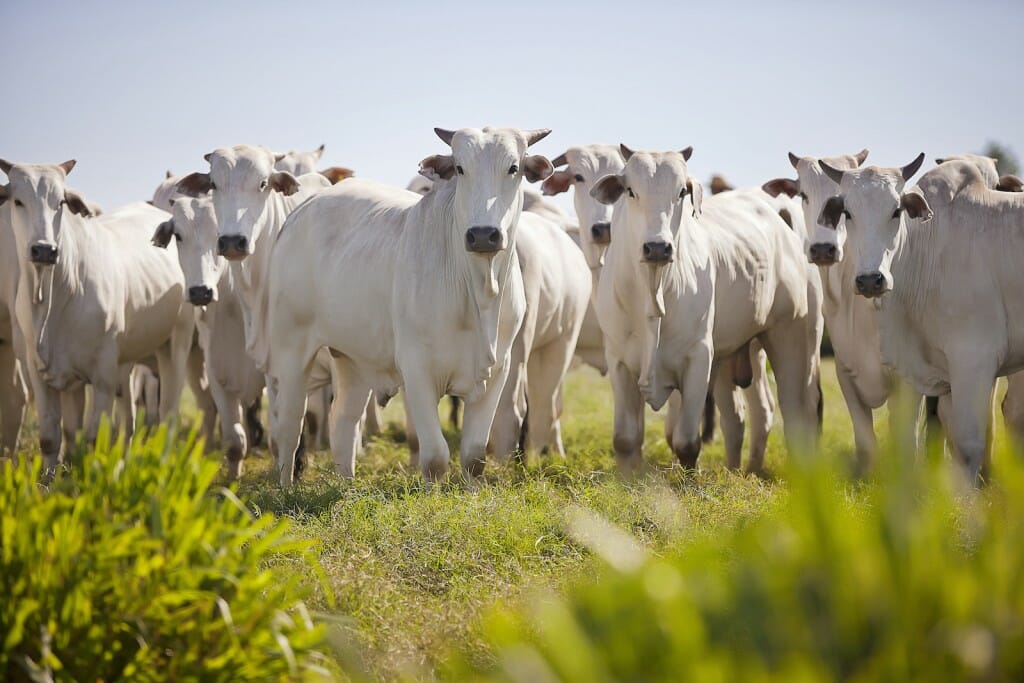 Read this release in Portuguese.

Depending on where it’s from, your next steak could come with a side of illegal deforestation.

That’s because despite improvements by meatpackers to keep their supply chains free of cattle grazed on protected or illegally deforested lands, many slaughterhouses in Brazil — the world’s top beef exporter — continue to purchase illegally pastured animals on a large scale.

A new study published Oct. 18 in the journal Conservation Letters underscores the depth of the problem. Researchers from the University of Wisconsin–Madison and Vrije University Amsterdam found that over a 5-year period, millions of cattle slaughtered for beef spent at least part of their lives grazing in protected areas of the Brazilian Amazon, including on indigenous lands.

“Protected areas are the cornerstone of Brazil’s conservation efforts and are arguably the most effective way that we have to conserve forests and the biodiversity inside of them,” says Holly Gibbs, a UW–Madison professor of geography and senior author of the study. “That meatpackers are continuing to buy from properties in areas that are under strict protection is alarming.”

Ranchers and slaughterhouses in Brazil are required to share information about where animals are transported, primarily for the purpose of monitoring their health. When coupled with property records, this information is also useful for identifying where cattle have grazed, including if they grazed inside protected areas.

Gibbs and her colleagues were able to reveal the tainted beef supply by tying animal movement data to property records that they then cross-referenced with maps of protected areas in the Brazilian states of Mato Grosso, Pará and Rondônia.

These three states form a crescent around the southern and eastern portions of the Amazon basin — a region where the expansion of agriculture is fueling deforestation and biodiversity loss at an accelerating pace. Historically, cattle ranching has been linked to about 80% of deforestation in the Amazon basin.

The researchers found that between 2013 and 2018, more than 1 million cattle were sold directly from protected areas within the three states to slaughterhouses, despite meatpackers’ highly publicized commitments to avoid such purchases.

While a majority of these cattle were tied to “sustainable-use” areas where ranching is sometimes permitted under certain conditions, more than a quarter, or around 900,000, were tied to regions that are strictly protected, including indigenous lands. Commercial grazing is illegal in these areas. Additionally, about half of the ranches in protected areas tied to commercial grazing were at least partially deforested in the last several years.

The analysis of cattle movements ends in 2018 because it depends on Brazil’s previously transparent public recordkeeping.

“At the start of 2019, this critical information became less available,” Gibbs says.

Meanwhile, satellite imagery analyzed by the Brazilian space agency indicates that deforestation rates increased by nearly 50% from 2018 to 2020, with nearly three-quarters of the loss occurring in the states covered in this study.

While the state of Pará continues to make cattle movement data within its borders publicly available, a more holistic accounting of illegal cattle grazing in the Amazon basin will remain elusive as long as Brazil’s federal government keeps a lid on the nationwide data, Gibbs says.

This rollback in transparency hampers efforts by slaughterhouses to monitor their indirect suppliers, says Lisa Rausch, a co-author of the paper and scientist at UW–Madison’s Nelson Institute for Environmental Studies, where Gibbs holds a joint appointment.

“Many slaughterhouses have gotten the message that being associated with deforestation is bad for their business, but they cannot address this issue without increased availability of information about their suppliers,” says Rausch.

Similarly, public audits of slaughterhouse compliance that go beyond the state of Pará, currently the only state with audits, could help distinguish between companies that are trying to improve and those that are not, according to Rausch.

At the same time, the lack of public data could make it easier for slaughterhouses to continue breaking their commitments to avoid cattle pastured in protected areas. Gibbs says making cattle movement data transparent once again is critical for ensuring Brazilian slaughterhouses can continue to make progress toward their public commitments.

“This is further evidence that we need more demand by investment banks, retailers and consumers for improved cattle traceability, transparency and accountability,” Gibbs says.