Kids who experience severe stress are more likely to develop a host of physical and mental health problems by the time they reach adulthood, including anxiety, depression and mood disorders. But how does early life stress put children at risk when they grow up?

To find out, researchers from the University of Wisconsin–Madison compared the whole genomes of children with very high-stress early lives to those of kids whose childhoods were relatively tranquil. They found scores of differences in how their genes function, differences that may point out avenues to better diagnosis and treatment of stress-related disorders. Their work, supported by the National Institutes of Health and the National Science Foundation, was published today (July 17, 2018) in the journal Scientific Reports.

“We know that early life stress and the development of psychiatric disorders are related. We want to know how one leads to the other,” says Leslie Seltzer, a researcher at UW–Madison’s Waisman Center and a lead author on the study with neuroepigenetics researcher Ligia Papale. “We were surprised to see so many differences between our two groups, but now we can start looking at those differences more carefully, with the end goal of designing interventions, therapies, or medications that could resolve or even prevent those problems.” 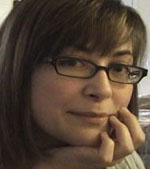 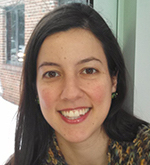 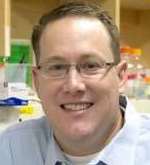 Seltzer, Papale and collaborators collected saliva from 22 girls from 9 to 12 years old, and analyzed the samples to see which genes were actually at work managing biological processes. They were looking for a molecular modification called methylation. In methylation, environmental changes spur the attachment of a particular molecule, called a methyl group, to susceptible sites on genes.

“What you eat, your life experiences, how much you exercise, all of these things can modify your DNA methylation levels,” says UW–Madison neurosurgery professor Reid Alisch, who studies the regulation of gene expression in disease, especially mental illness. “DNA methylation doesn’t change your DNA, but the presence or absence of DNA methylation can change the way your DNA is used and whether or how much genes are expressed.”

The researchers found 122 genes where methylation of the high-stressed kids’ DNA differed from their low-stress peers. The team also looked at how genes were expressed. In all, more than 1,400 genes showed a difference in expression connected to the amount of stress the girls had experienced, including a dozen of the differently methylated genes.

The combination of different methylation and gene expression highlighted some genes known to play roles in mood and psychiatric disorders.

“Our analysis identified differences in genes that help regulate mood and attachment, such as those for oxytocin and serotonin receptors. Those are exciting because we may be seeing the mechanism via which childhood stress can cause social or behavioral problems,” Seltzer says. “But we’ve also flagged a lot of genes whose jobs still aren’t clear. Now we know that they may deserve more study for playing a part in stress-related psychiatric disorders, or in the stress response itself.”

“We know that early life stress and the development of psychiatric disorders are related. We want to know how one leads to the other.”

“What some people in the field weren’t sure about is whether molecular changes that occur during a stressful period very early in life are stable,” he says. “What we’re finding is that after 10 years or so there are still markers, like fossils in our genome, telling us there was a trauma here. And that trauma may make this individual more susceptible to a second trauma or, even worse, a behavioral change, later in life.”

Seltzer began exploring the way childhood stress may alter gene expression seven years ago, when she was a postdoctoral researcher in the lab of UW–Madison psychology professor Seth Pollak. One of the results of Pollak’s work on abuse, neglect, poverty and other challenges in the life of a child is, according to Alisch, a particularly useful method of characterizing the types and severity of stress through detailed interviews with both the children and their parents.

“Seth is great at describing that stress, and the state of the art here relies heavily on behavioral diagnoses,” Alisch says.

“Our hope is that we can use molecular approaches and maybe some of the genes defined here to sort of refine our diagnosis at the individual level,” Alisch says. “That could make diagnosis and treatment more precise for each individual.”