If you’re made of carbon, precious few things are as important to life as death.

A dead tree may represent a literal windfall of the building blocks necessary for making new plants and animals and the energy to sustain them.

“The recycling of plant carbon is fundamental to the function of our ecosystems,” says Cameron Currie, professor of bacteriology at the University of Wisconsin–Madison. “We get food, water, air, energy — almost everything — through those ecosystem services. It’s how our planet operates.”

But the component parts of a dead tree were carefully assembled in the first place, and don’t just fall apart for easy recycling. 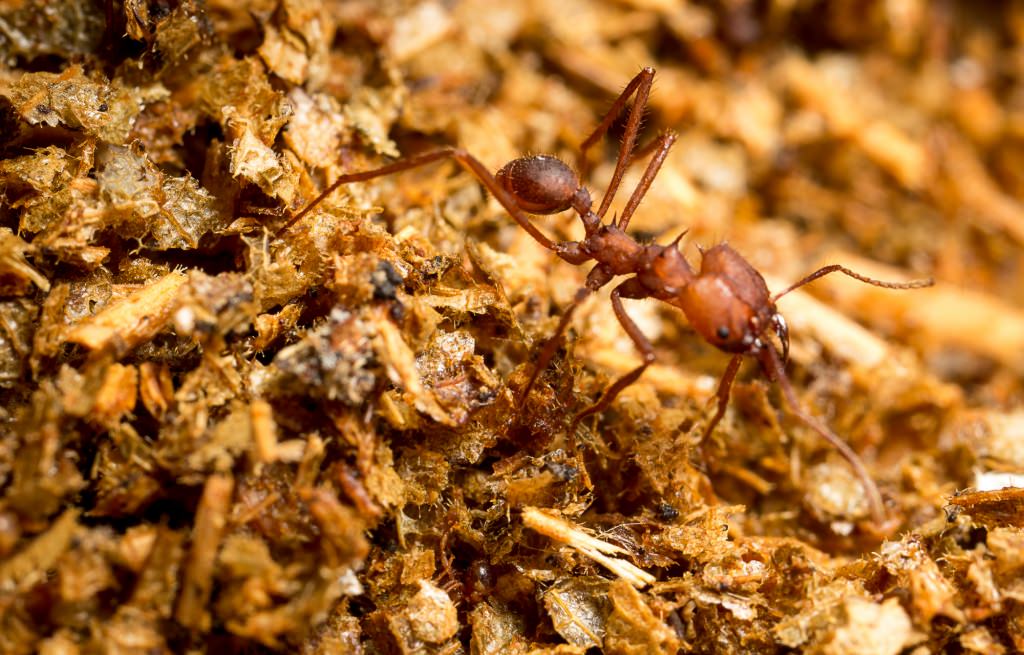 The ability to break down the cellulose in plant material is rare in Streptomyces bacteria, except in strains that live alongside insects — honeybees, leaf-cutter ants (above), some beetles —that eat or make use of the woody parts of plants. Courtesy of Don Parsons/UW-Madison

In the case of cellulose — a key structural component in plant cell walls and the most abundant organic compound in life on land — a world of specialized microbes handles this careful deconstruction. Much of that work is done by fungi growing on decaying plants, but bacteria in the soil, in the guts of animals like cows and working alongside insects, get the job done, too.

A new analysis of a group of bacteria called Streptomyces reveals the way some strains of the microbe developed advanced abilities to tear up cellulose, and points out more efficient ways we might mimic those abilities to make fuel from otherwise unusable plant material.

Streptomyces were long thought to be prominent contributors at work in breaking down cellulose, and to be equally active in the cause across hundreds or thousands of strains of the bacteria.

“If you can identify enzymes that work even just slightly better, that could mean a difference of millions of dollars in costs and cheaper energy.”

“That assumption — which is based on a very good, old study of one type of Streptomyces — is not right on the mark,” says Brian Fox, a UW–Madison biochemistry professor and co-author of the study published today in the journal PLOS Biology. “What we see now is that there’s a relatively small group of types of Streptomyces that is far more effective at breaking down cellulose, and a much larger group that is far less effective.”

The UW–Madison researchers measured the relative abilities of more than 200 types of Streptomyces bacteria by growing them on simple sugar and on a good source of cellulose: filter paper (which is made of dead trees).

They were able to collect the genomes of more than 120 of those strains, and identify the genes — and the ways key genes were expressed — that set strong cellulose degraders apart from poor ones. 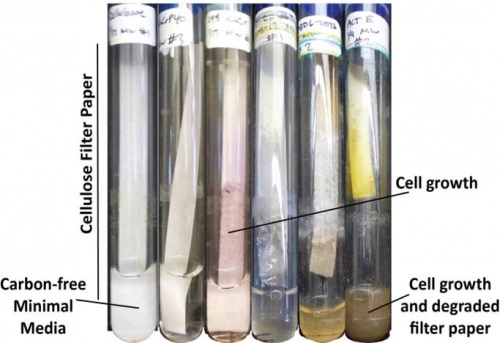 “The strains that aren’t good at degrading cellulose mostly express the same genes whether we grow them on glucose or on plant material,” says Gina Lewin, a bacteriology graduate student and study co-author. “The strains that are really good at degrading cellulose totally change their gene expression when we grow them on plant material.”

The successful Streptomyces strains — which were typically those found living in communities with insects — ramp up production of certain enzymes, the proteins that do the cleaving and dissolving and picking apart of cellulose.

“There are families — six or eight or maybe 10 of these enzymes — that all of the active Streptomyces have,” Fox says. “And this paper shows that the most abundant one of them has to be there or the whole thing collapses.”

It’s the particular combinations of enzymes that makes the research useful to scientists working on biofuels. 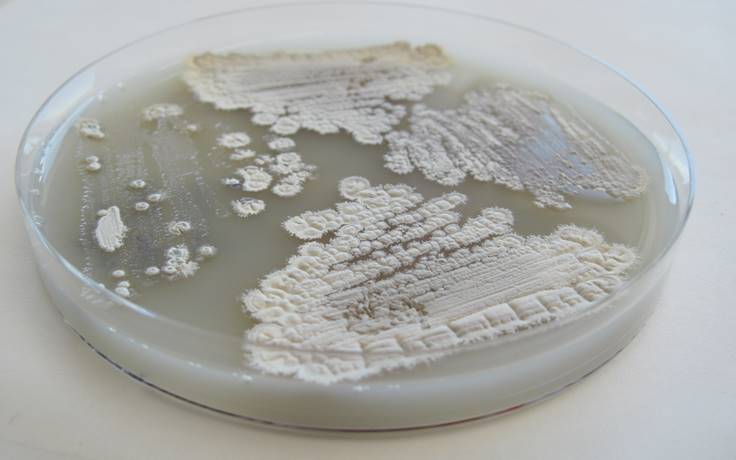 Counter to long-held belief about the bacteria Streptomyces, seen growing here in a petri dish, the ability to break down a stubborn molecule in plant cell walls called cellulose may be limited to just a few gifted strains. Courtesy of Adam Book/UW-Madison

Biofuels are typically made from the sugars easily extracted from the same parts of plants we eat.

“We eat the kernels off the corn cob,” Currie says. “But most of the energy in that corn plant is in the part which is not digestible to us. It’s not in the cob. It’s in the green parts, like the stalk and the leaves.”

Evolving microbes like Streptomyces have been sharpening the way they make use of those parts of plants almost as long as the plants themselves have been growing on land. That’s hundreds of millions of years. On the other hand, the Department of Energy’s UW–Madison-based Great Lakes Bioenergy Research Center, which funded the Streptomyces study, was established in 2007.

“The natural world is responding to the same kind of things that humans are,” Fox says. “We need to get food. We need to get energy. And different types of organisms are achieving their needs in different ways. It’s worth looking at how they do it.”

The new study identifies important enzymes, and new groups of enzymes, produced when Streptomyces flex particular genes. If they represent an improvement over current industrial processes, the microbes’ tricks could make for a great boon to bioenergy production.

“For a cellulosic biofuel plant, enzymes are one of the most expensive parts of making biofuels,” Lewin says. “So, if you can identify enzymes that work even just slightly better, that could mean a difference of millions of dollars in costs and cheaper energy.”