Music with influences from all over the globe flowed on Dec. 7 at an event called Tala Mela: A Celebration of the Universal Language of Rhythm at the Arts + Literature Laboratory in downtown Madison. The event was led by Arun Luthra, a saxophonist, composer and konnakol artist who was the fall 2021 interdisciplinary artist-in-residence at UW–Madison’s Division of the Arts.  The event featured performances by Luthra, along with students from the UW–Madison Contemporary Jazz Ensemble and final projects from students in Luthra’s residency class, titled The Universal Language of Rhythm: Explorations Through Konnakol and Black American Music. Audience members were required to wear mask and show proof of vaccination or a negative COVID-19 test. 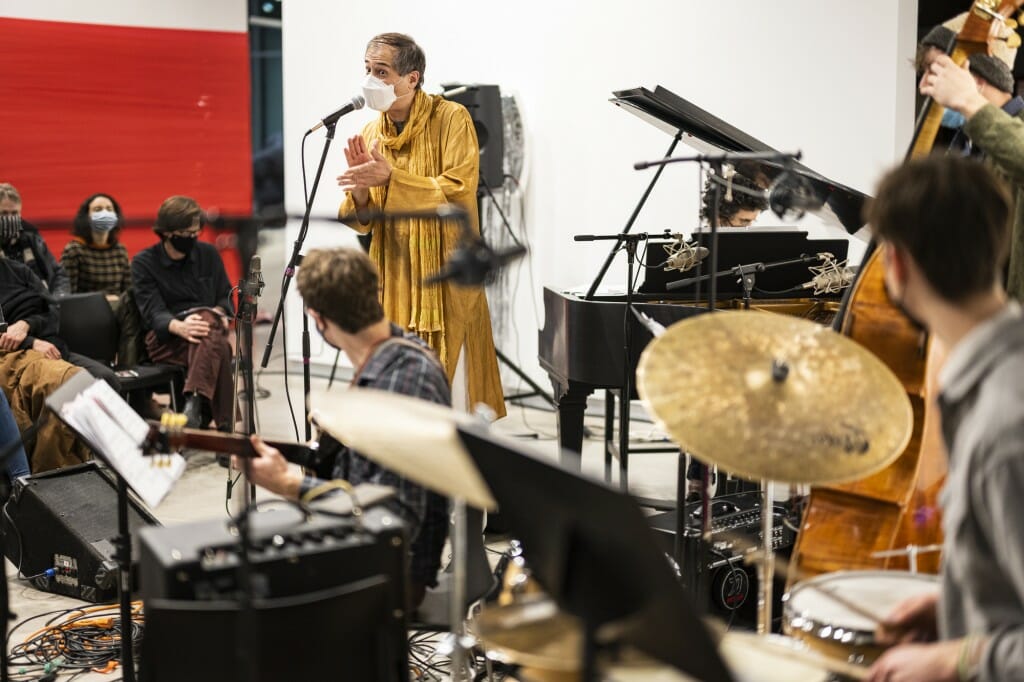 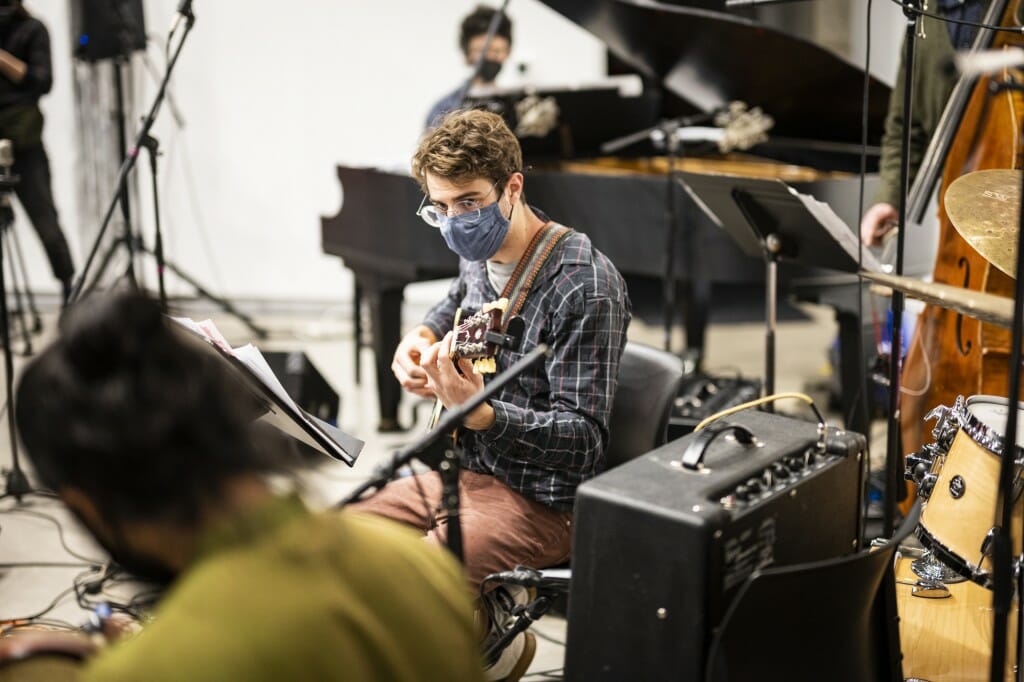 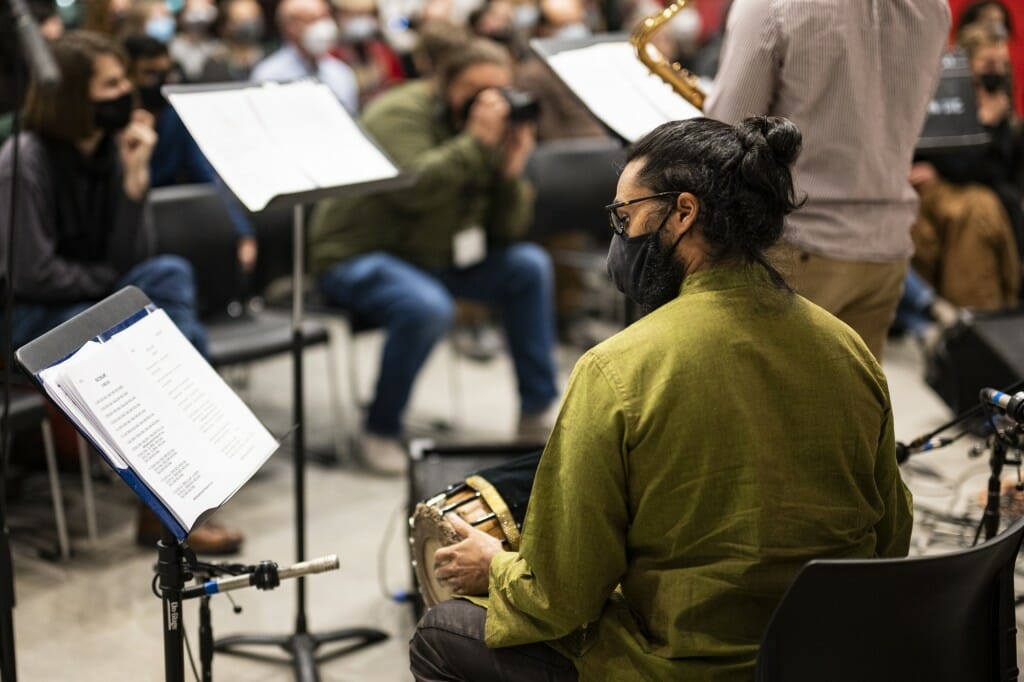 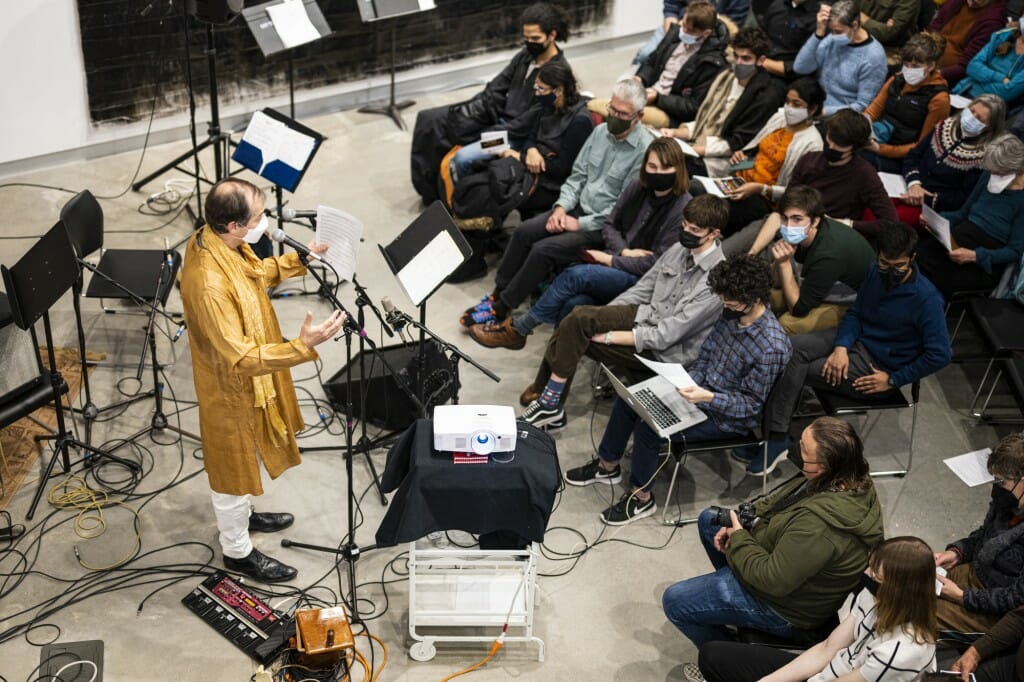 4 During his residency, Luthra taught a class called The Universal Language of Rhythm: Explorations Through Konnakol and Black American Music. Photo by: Bryce Richter 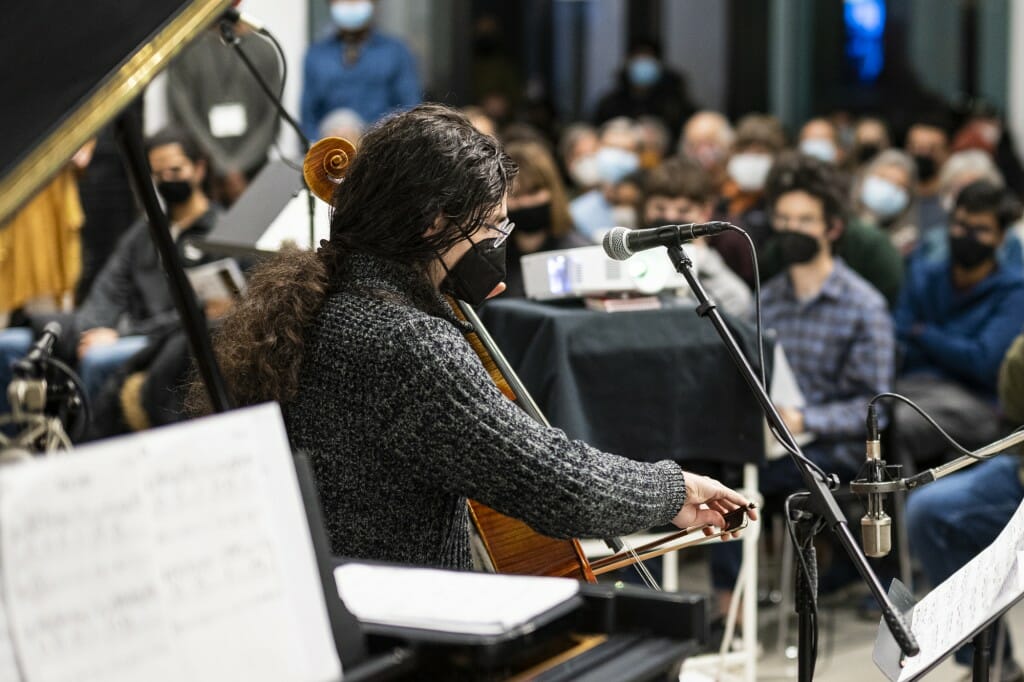 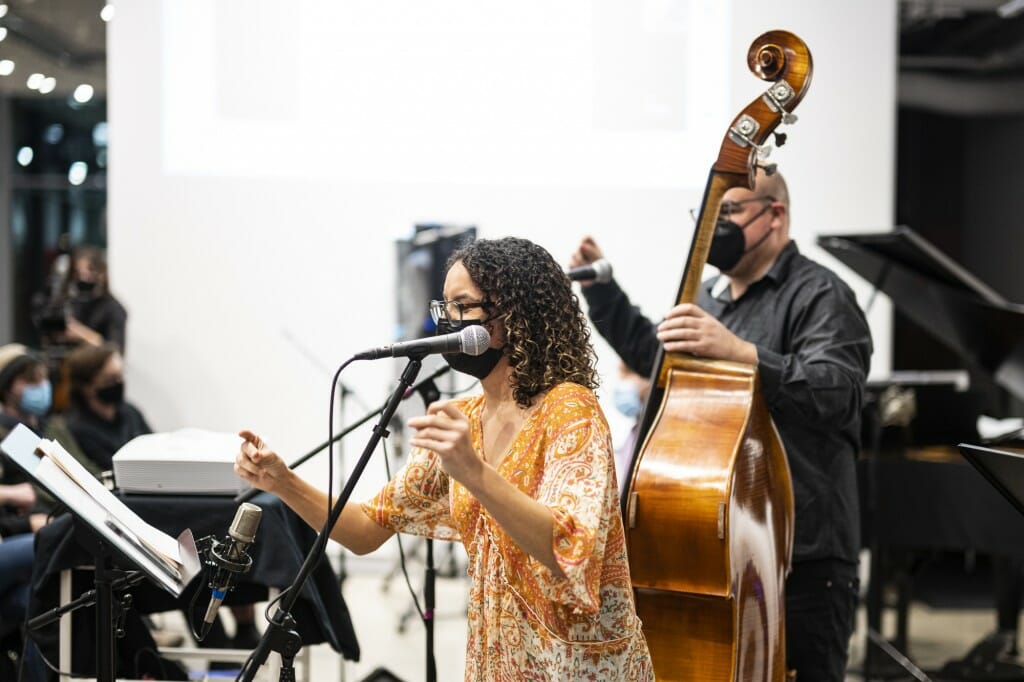 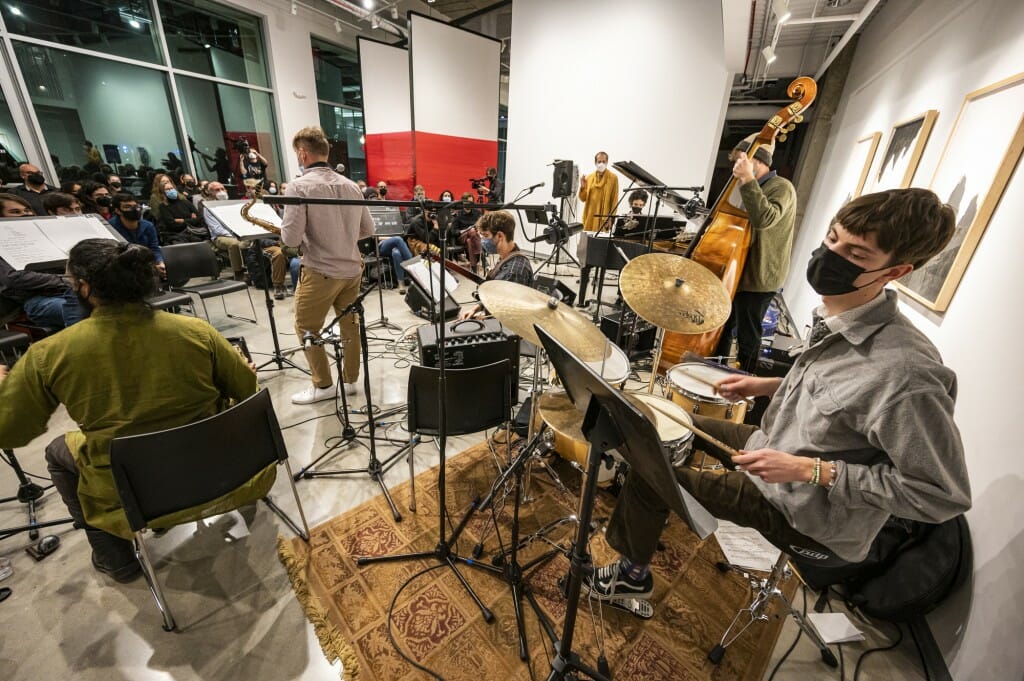 7 Members of the UW Contemporary Jazz Ensemble were part of the event. Photo by: Bryce Richter 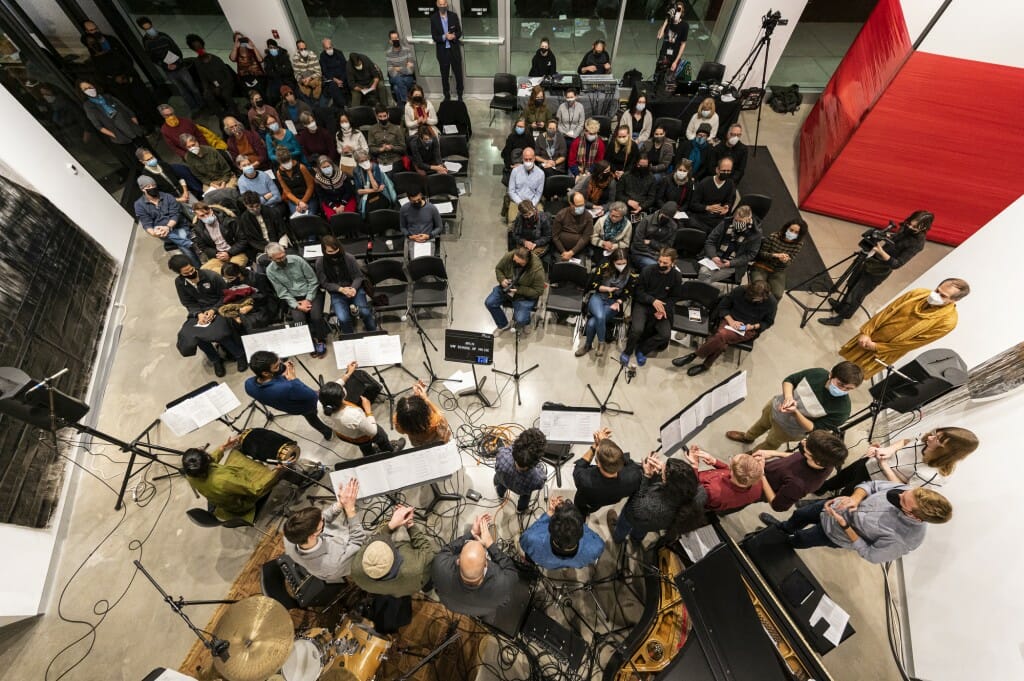 8 The event was held at the Arts + Literature Laboratory in downtown Madison. Photo by: Bryce Richter 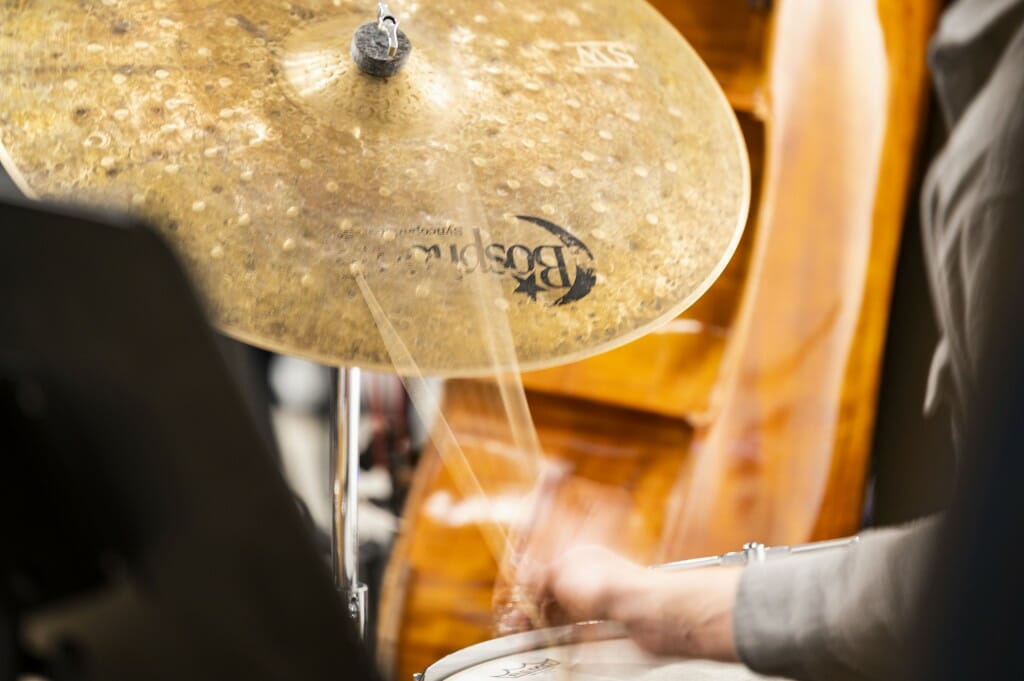 9 A drummer in the jazz ensemble keeps the beat. Photo by: Bryce Richter 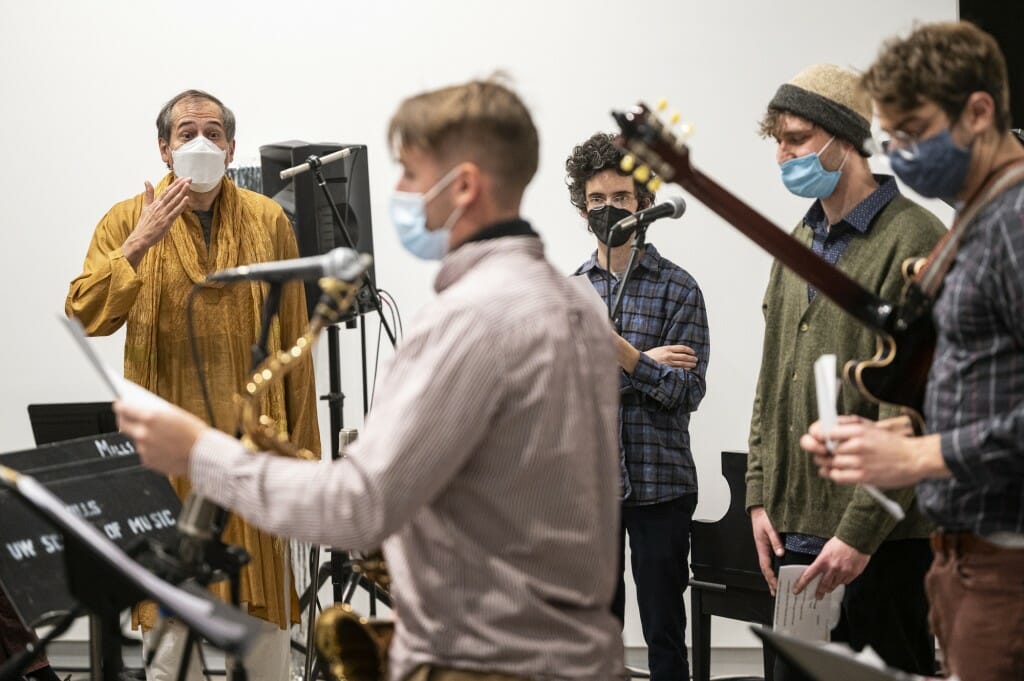 10 Luthra, at left, performs with members of the UW Contemporary Jazz Ensemble. Photo by: Bryce Richter