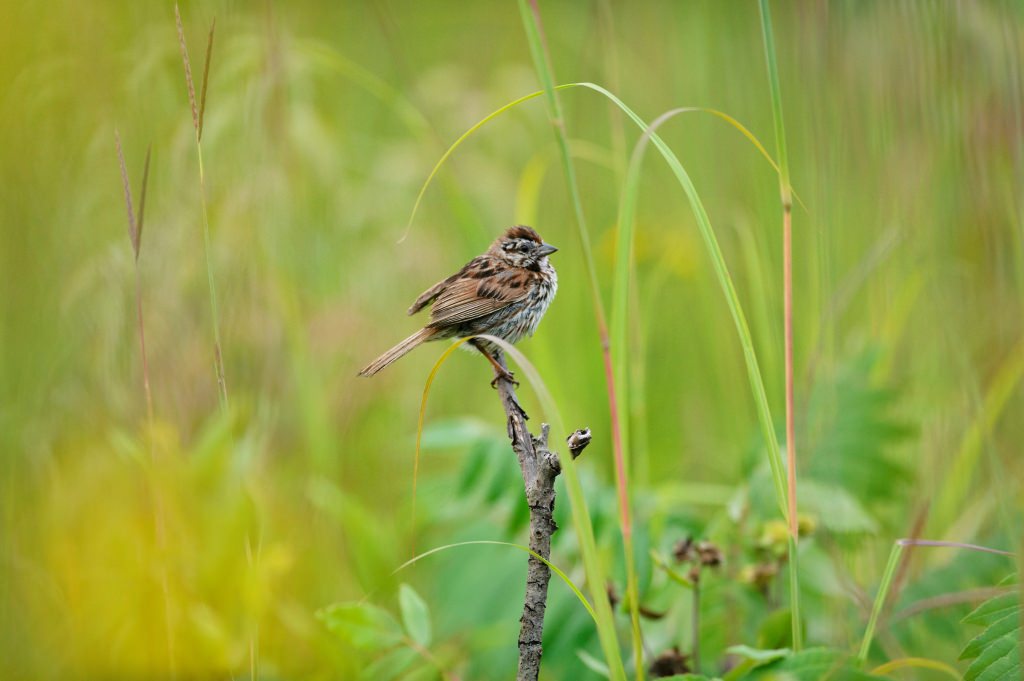 A sparrow perches on a branch in Curtis Prairie at the UW Arboretum. The efficiency of birds’ respiratory systems is thought to make them more vulnerable to pollutants in the air. Photo: Jeff Miller

Famously, the use of caged birds to alert miners to the invisible dangers of gases such as carbon monoxide gave rise to the cautionary metaphor “canary in a coal mine.”

But other than the fact that exposure to toxic gases in a confined space kills caged birds before affecting humans — providing a timely warning to miners — what do we know about the effects of air pollution on birds?

Not as much as you’d think, according to researchers from the University of Wisconsin–Madison. 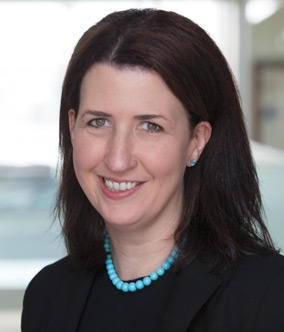 Writing Aug. 11 in the journal Environmental Research Letters, Holloway, an expert on air quality, and her former graduate student Olivia Sanderfoot, sort through nearly 70 years of the scientific literature to assess the state of knowledge of how air pollution directly affects the health, well-being, reproductive success and diversity of birds. This work is part of Sanderfoot’s ongoing National Science Foundation Graduate Research Fellowship.

According to the Wisconsin team’s survey of the literature, only two field studies since 1950 have looked at any aspect of the health and ecological well-being of wild bird populations in the United States. Globally, there are only a handful of studies that assess the impact of direct exposure to air pollutants on bird health. Those encompass studies of just a few dozen bird species of the roughly 10,000 or so species of birds known worldwide. 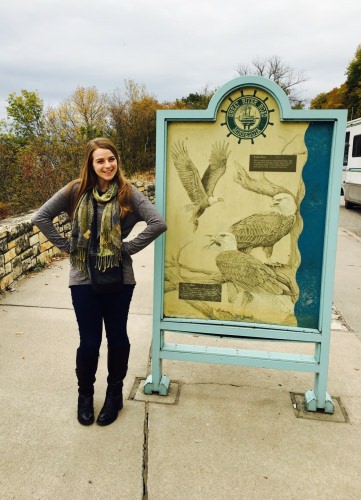 Part of the problem, says Sanderfoot, are the many variables in play. Not only are studies of wild bird communities difficult to implement, but factors such as types and levels of air pollution, dynamic atmospheric conditions, species-specific responses, and the difficulty of teasing out direct versus indirect effects of air pollution can confound even the most basic efforts to assess how birds fare when exposed to chemicals in the air.

“There is a lot of work to be done in this area,” says Sanderfoot. “Air quality is an ever-changing problem across the globe. There’s a need to look at different types of air pollution and different species all over the world. We have a huge lack of understanding of the levels of pollution birds are exposed to.”

Gaps in our understanding, according to the new study, include air pollution’s effects on the avian respiratory system; toxic effects on birds, including elevated stress levels and immunosuppression; behavioral changes; and effects on reproductive success and demographics, such as changes in population density, species diversity and community composition.

Holloway, who leads the NASA Health and Air Quality Applied Sciences Team (a multi-institutional team of researchers that serves as a nexus for analyzing environmental data from a constellation of Earth-observing satellites), notes that studying the effects of air pollution on humans is comparatively easier to assess as hospital records and mortality data are readily available to scientists. Air pollution, in fact, is one of the leading and most direct environmental threats to human health, she says.

“We have a huge lack of understanding of the levels of pollution birds are exposed to.”

Something that makes birds potentially more vulnerable to atmospheric contaminants is the efficiency of the avian respiratory system.

“Birds breathe unidirectionally,” notes Sanderfoot. “They definitely breathe more efficiently than humans, and it has been hypothesized that because their respiratory system is so much more efficient than ours, they are going to more readily pick up air pollutants.”

The study is a springboard for new research, Sanderfoot and Holloway argue, and may be especially important given birds’ role as sentinel species in the environment.

“When you talk to bird ecologists, air pollution is not necessarily perceived as a high-level issue,” Holloway says. “Things like climate and landscape changes are at the top of their list in terms of population densities, species diversity, ecological stress. But we know that air pollution is a major risk to human health, and from our study we see pretty clearly that there is an impact on birds, too.”