Brauer: Better diversity training is built on research, not intuition

Throwing your cans and bottles in the recycling? Avoiding aimless Internet browsing during work hours? Offering your seat on the bus to someone less able to stand in the aisle? Brauer’s research explores how to promote that sort of civil behavior — which means it sometimes delves into behaviors such as racism that are not at all civil. 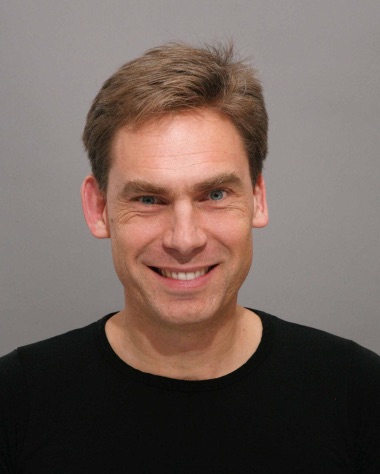 Brauer teaches workshops aimed at reducing prejudice and discrimination in the workplace, emphasizing strategies backed by both good intentions and sound science.

A: Everyone has an opinion about diversity, and many people believe they know what should be done — if only we did this and this, then the whole issue would be solved. The only problem is if you subject many of those ideas to empirical tests, they don’t hold up.

Take a strategy that doesn’t seem to work, like putting people belonging to different social groups in the same room, and having them talk about their identity or how they feel.

The result is the complete opposite of what you want. It puts people into categories, and focuses on how members within each group are similar and how their group differs from others.

That’s why when I teach workshops, I offer interventions that have been shown to be effective in reducing prejudice based on empirical research by myself and colleagues here at UW and at other universities.

Q: How do you avoid defining people by their differences?

A: One way is to shift the goal to a shared identity.

This worked in Germany to reduce tension between people who lived apart in West Germany and East Germany. When the country was unified, the emphasis was on a common goal. You could imagine UW students or a company where we’re all striving toward a common goal taking emphasis off the differences stressed by prejudice.

Another strategy is a reminder of how heterogeneous people are within a group defined by, let’s say, race or sexual orientation.

Any social group contains individuals who are very different from each other. They have different attitudes, different backgrounds, endorse different values. Research in my own lab shows that reminding people of all those differences —that knowing somebody belongs to a particular group is not really going to help me predict how they think, how they’re going to react — leaves people with more positive attitudes. And they behave in a more inclusive way toward members of underrepresented groups.

Q: Not all prejudice and bias is conscious. How can we address discrimination we may not even be aware of?

A: These are implicit biases, and many interventions mention them — but the problem is that, in many approaches, this is where it stops. They make you aware of your bias, but leave you saying, “OK, I’m implicitly biased. What now?”

Imagine if you just tell a teacher they are not treating all their students the same, and leave it there. Research here in our psychology department by Professor Patricia Devine shows that if we want people to address those biases, they have to understand the strategies that can correct them. Counter-stereotypical imaging and perspective-taking are some of these strategies. In addition, it would be helpful to tell people what specific behaviors they should change or at least monitor. Is it how often they follow up on questions in the classroom? Is the problem grading, or that they don’t establish eye contact the same way? Is it that not all students receive the same type of punishment?

The more specific people’s understanding gets, the better they can monitor their own behavior to make sure their implicit biases are not affecting the way they treat people.

Q: How do you reach people whose social circles don’t necessarily recognize discriminatory behavior as bad?

A: We’re not trying to change the super-racists.

When we think about who our target group really is, it’s those who are slightly ambivalent, who might not be very familiar with people from other social groups, who may feel insecure talking to them and are afraid of making a mistake.

So there are ranges of attitudes, and as with many things — such as public health and sustainability — the people in the middle are the most susceptible to changing their behaviors. And if you move a large enough group, then you have a majority of people who do a certain behavior, and then the ones at the far end of the distribution are going to follow.

Q: If there are strategies backed by research that demonstrates their positive impact, why wouldn’t they be the ones in common use in schools and organizations hoping to promote diversity?

A: This is relatively new. Research on the topic has really exploded in the last five years and I think we’re really making progress.

There is still one obstacle that we are struggling with: People associate the scientific approach with testing new drugs or studying genetics, but somehow with behavior we seem to have a different standard. Most of us have a gut feeling about what should work. We have an anecdote or our own experiences and people think that is as good as rigorous scientific evaluation.

I don’t mean to say laboratory results are all we need. Prejudice strategies that have undergone rigorous scientific testing should still be evaluated in specific contexts.