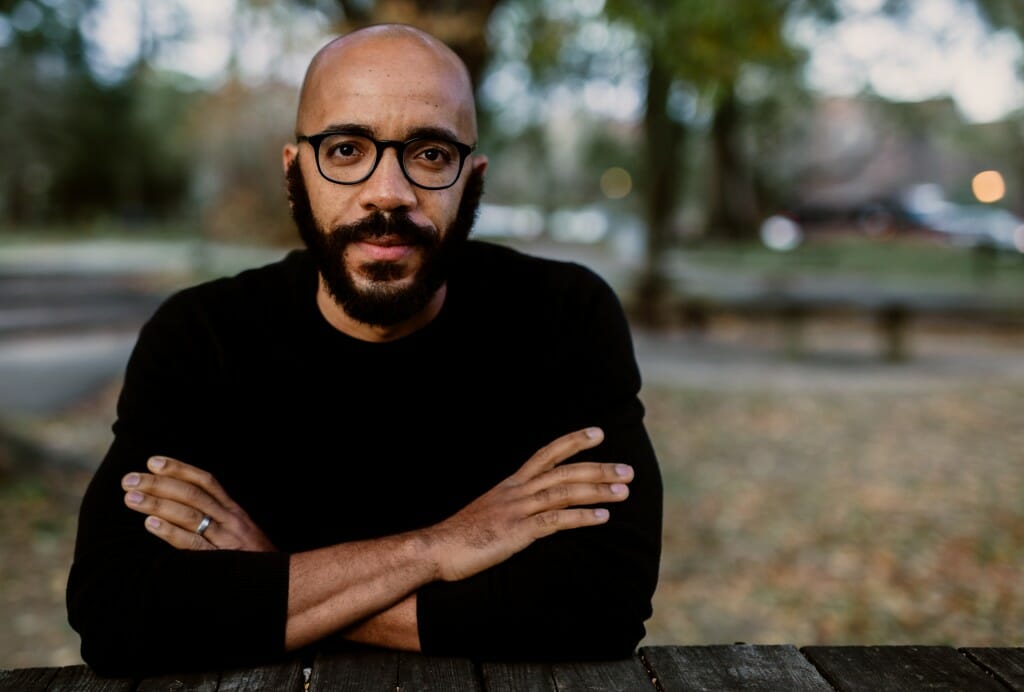 A staff writer at The Atlantic, Clint Smith’s essays, poems and scholarly writing have been published in The New Yorker, The New York Times Magazine, The New Republic, Poetry Magazine, The Paris Review, the Harvard Educational Review and other publications. Carletta Girma

Clint Smith’s “How the Word is Passed: A Reckoning with the History of Slavery Across America” illustrates how some of our country’s most essential stories hide in plain view and how much we can gain, if only we take the time to notice them.

Smith will discuss his book at this year’s Go Big Read keynote event from 7 to 8:30 p.m. Nov. 1, at Memorial Union’s Shannon Hall. No tickets are required for this free, in-person event, which will also be livestreamed at gobigread.wisc.edu.

In his narrative nonfiction debut, Smith visits eight sites, including his hometown of New Orleans, Thomas Jefferson’s Monticello, New York City and Angola Prison, using archival research as well as interviews to dig deep into the past and offer an intergenerational story of how slavery has been central in shaping our nation’s collective history and memory.

“How the Word is Passed” has been named in numerous Best Book lists for 2021, including those by The New York Times, The Washington Post, The Boston Globe, The Economist, Smithsonian, Esquire, The Christian Science Monitor, TeenVogue, Publishers Weekly and Kirkus as well as by both the New York and Chicago public libraries. It won the National Book Critics Circle Award for Nonfiction and was one of former President Barack Obama’s Favorite Books of 2021.

“A work of moral force and humility, ‘How the Word is Passed’ offers a compelling account of the history and memory of slavery in America,” says UW alum Matthew Desmond, whose Pulitzer-Prize winning book “Evicted” was the 2016-17 Go Big Read selection. “Engaging and wise, this book combines history and reportage, poem and memoir. It is a deep lesson and a reckoning.”

You can hear Smith read from the book here.

A staff writer at The Atlantic, Smith earned his bachelor’s degree in English from Davidson College and his doctorate in education from Harvard University. His essays, poems and scholarly writing have been published in The New Yorker, The New York Times Magazine, The New Republic, Poetry Magazine, The Paris Review and the Harvard Educational Review, among others. Smith’s two TED Talks, “The Danger of Silence” and “How to Raise a Black Son in America,” together have been viewed more than 9 million times.

UW–Madison’s Public History Project is a partner and one of the sponsors of the 2022-23 Go Big Read program. “Sifting and Reckoning: UW–Madison’s History of Exclusion and Resistance,” an exhibit bringing to light stories of struggle, perseverance and resilience on campus, will run through Dec. 23 at the Chazen Museum of Art.