As Wisconsin tries to lure young adults, how do certain communities succeed? 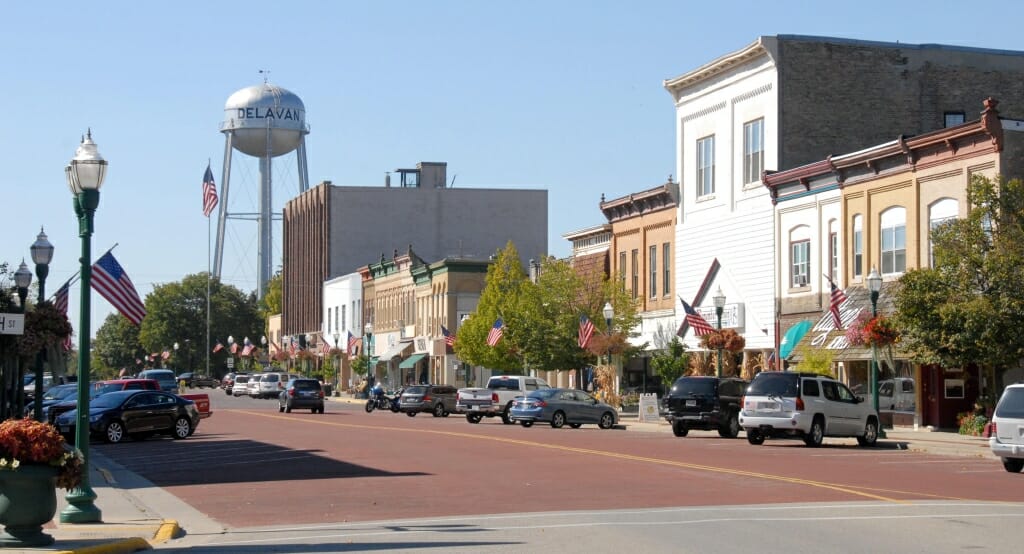 Many of the small communities that are growing, such as Delavan, were relatively close to larger cities. City of Delavan

As a new ad campaign from the Wisconsin Economic Development Corporation tries to attract young adults to Wisconsin, a study by University of Wisconsin–Madison researchers explores 12 communities that are already maintaining or increasing the number of young adults.

Amid all the talk of emigration and brain drain among young adults, the Gaining and Maintaining Young People in Wisconsin Rural Communities study sought to “find those places that have actually grown their young adult population, and then figure out what might account for their success,” says Randy Stoecker, principal investigator and professor of Community and Environmental Sociology.

In municipalities spread across the state, Stoecker and colleagues talked with community leaders, looking “to create stories that communities can tell about themselves,” he says.

The researchers, who included Katherine Curtis, also of UW–Madison, and Matt Calvert and Allyson Watson of UW Extension, found subtle variations on one consistent message. “It was always about proximity to cities, and about housing, schools and outdoor amenities.” 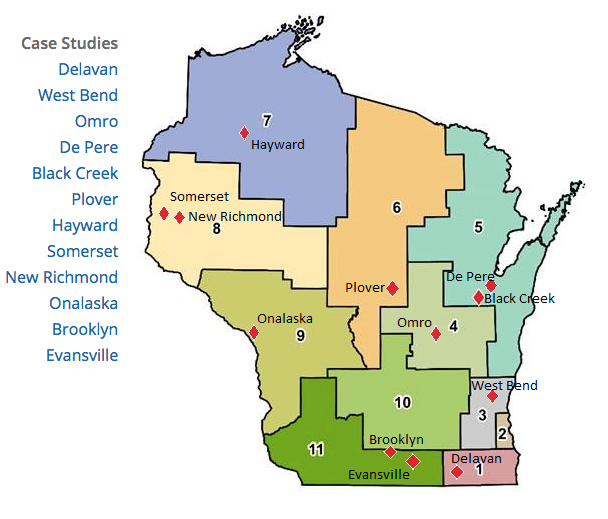 The Gaining and Retaining Young People study winnowed more than 1,800 communities across the state to these 12 case studies that showed positive statistics about adults 20 to 39. Credit: https://apl.wisc.edu/youngadults

The fundamental results could seem contradictory, Stoecker says. “People in these large rural communities want cities, but they don’t, which is why they want to be within commuting distance. It was intriguing, but maybe the rural-urban connection is less a paradox than a symbiosis. To have rural development happen in the way people want it to happen may depend on urban development that’s within commuting range.”

The project began more than two years ago by identifying communities that were succeeding in maintaining and/or gaining adults aged 20 to 39. Although statistics are abundant for counties, the researchers looked at communities. “People don’t move to counties, people move to communities,” Stoecker says. “If we’re going to answer the questions, the data had to be at the community level.”

The 12 case study communities were chosen “to be as diverse as possible,” Stoecker says, in terms of location, income and economic structure. With advice from local UW-Extension educators, the team identified a “core group” of leaders in each community who helped guide the research.

The study was unusual, Stoecker says, for its focus on whole communities rather than single programs; and for looking at strengths, at positive forms of community development likely to attract and retain young adults, rather than why a community might be losing young adults.

Stoecker and colleagues concluded that communities must be seen in the context of their regional centers; in particular, proximity to a city or an interstate highway was critical. “We found that people are looking for a nearby employment center that includes high-end, professional employment. They look for amenities in these regional centers: entertainment, movies, art, theater, high-end restaurants, and spectator sports.”

Another factor is shopping, not just big box stores, but a range that allows a resident to get everything they need at the city. For these reasons, Stoecker says, “it’s not surprising that these communities are all close to a city, or an interstate, or both.”

These regional centers included smaller cities like La Crosse and Eau Claire, but also major metro areas like Milwaukee, and the Twin Cities in Minnesota.

A nearby city gives the smaller community the best of both worlds, Stoecker says. “If they grew too much, they would lose what made the community valuable to them. Many people in small towns want access to the city, but they don’t want the city in their small town.”

However, these communities are attractive to young families more than young singles.  Trying to attract young singles to smaller communities may backfire, Stoecker says. “If singles don’t find places to mingle, they may leave and say bad things about you.”

Schools are, not surprisingly, critical to community success, Stoecker adds, but “it wasn’t just about test scores, but that the school felt like a community space, where every teacher knows every parent and every child, where community members were welcome for various activities.” 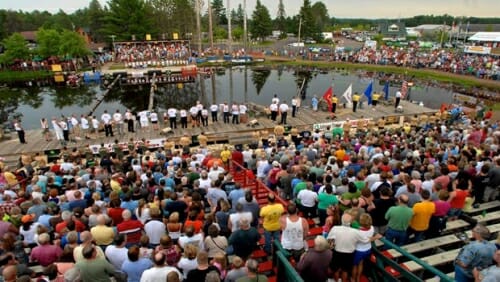 Hayward is a community with a strong culture of outdoorsiness, with events such as the Lumberjack championships. Credit: Hayward Chamber of Commerce

Commonly, the case studies also found that young adults value year-round outdoor activities. Hayward, for example, “is a real community, in the sense that it’s a place where people do a lot of things together,” Stoecker says. “There’s a very strong culture of outdoorsiness, and the Birkebeiner [ski race] is central to that.”

To move forward, communities around the state might adapt the lessons of these 12 case studies, Stoecker says. “Do a dozen or two dozen interviews to learn about young people in the community, what keeps them, what attracts them. It’s not expensive or super time consuming. Then start thinking about how you might leverage that knowledge.”

The study was funded by the USDA Hatch grant; the final report is at https://apl.wisc.edu/shared/youngadults.