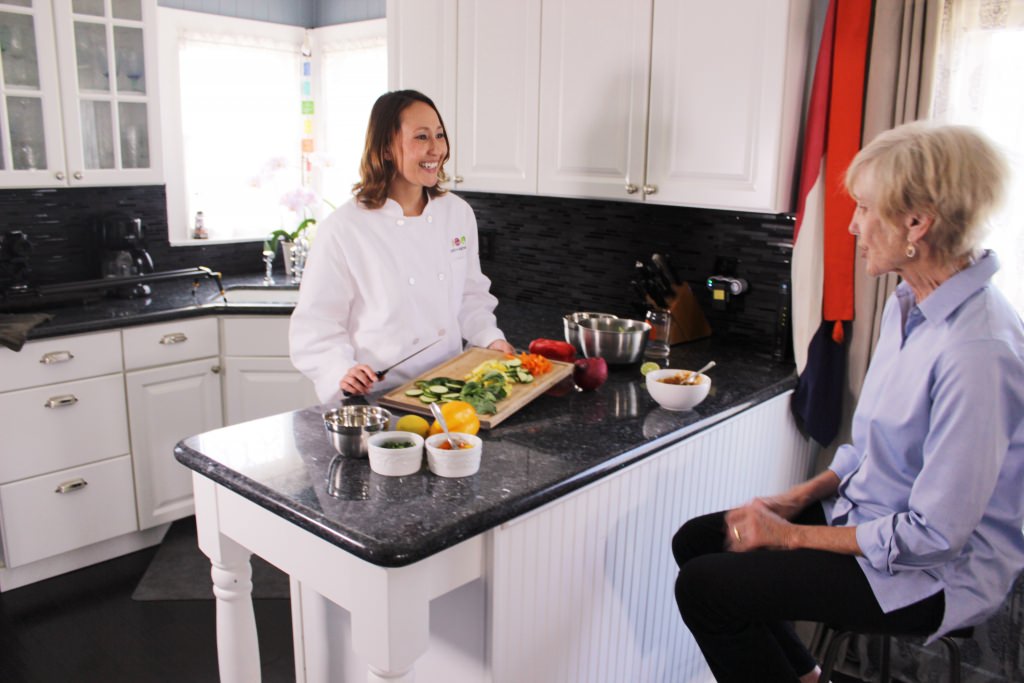 Companionship is as much a part of the attraction as the food, says co-founder Nathan Allman. Some of these relationships last for years. Photo courtesy of Chefs for Seniors

A young business that cooks meals in-home for seniors has started selling franchises to chefs who want to exit the restaurant trade but continue cooking for a living.

Chefs for Seniors blends food and companionship, and is built around personal relationships, says co-founder Nathan Allman, a sophomore at UW–Madison. “We want this franchise system to be available to owner-operators; we are not looking for passive investors.”

The company was founded in 2014 and has 13 employees. It is most active in Madison, but has two other operations in the Midwest and one in South Florida. Each week or two, a “friendly chef” prepares four customized meals and stores them in the fridge, providing food and company to an elderly customer who may have limited social contact.

Chefs are chosen for culinary skill – and an eagerness to get along with older people. Franchising must retain the personal touch. 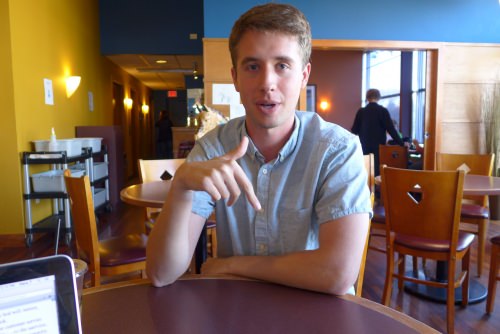 “We will require that the franchisees be actual chefs,” says Allman. “We want them to know all customers by name. To retain the high-touch service, they need to have a sense of ownership over what they are doing.”

When Nathan Allman and his father, Barrett Allman, began brainstorming business ideas, food was a natural topic. Barrett, the company’s CEO, has been an executive chef and restaurant owner, and Nathan began working in the family restaurant in Newport, Oregon, at age 10.

“We were focused initially on the food,” says Nathan, who is chief operating officer, “but as we kept serving folks, we realized that the most important part was the time the chef was in the home, the relationships we were building.  For some people, we were literally the only person they saw, the reason they got dressed in the morning. That was eye opening.”

During a class in entrepreneurship, the idea began to take shape after Nathan, then a sophomore, heard John Surdyk, a professor of business, describe the Burrill Business Plan Competition, which was organized by the Wisconsin School of Business. “The goal was to provide students with an opportunity to develop entrepreneurial skills, sharpen their planning acumen, and form relationships with area investors and entrepreneurs who serve as judges,” Surdyk says.

Chefs for Seniors placed fourth overall — edging out 28 other teams and earning a $1,000 prize. The Burrill competition ensured access to other campus resources, such as Merlin Mentors, Allman adds.

“The feedback we got said there was lot of meat on the bones of this idea; it was different, innovative and needed.”

The company stood out, Surdyk says, “because Nathan had a credible plan of action for moving forward that balanced an intention to meet the needs of an aging American population with a thoughtfully designed business model. That reconciliation is tremendously challenging for social entrepreneurs.”

In June 2013, Nathan, and his parents Lisa and Barrett and formed Chefs for Seniors, LLC, and in September, Nathan and Barrett began cooking for the first client. “It was a little awkward at first, but she must have thought we were all right, as she used us for two years.” 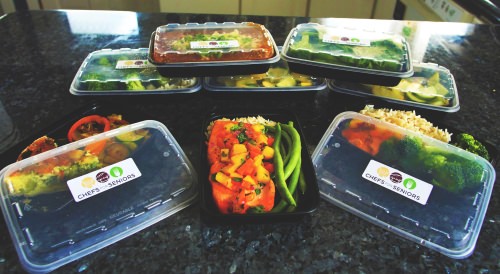 By July 2014, the company began the difficult task of hiring, as Nathan and Barrett could no longer handle the demand.

“Our chefs must have that personality, the soft skills,” Nathan says. “They must be people you’d want to have around your grandmother. There are not a lot of chefs with those qualifications.”

After trying to tightly control how chefs would interact with seniors, Allman says, “The model has evolved for the chef to operate fairly independently. It was a big transition, moving from us doing it all to trusting someone else to do it.”

The chef buys ingredients and brings them to the home, along with all cooking equipment. The company charges $90, plus the grocery store’s cost of the food, per visit. Each visit yields 10 to 12 servings.

For about two hours, the chef cooks meals that cater to the client’s taste desires and medical needs – such as low sodium or a diabetic diet that shuns simple carbohydrates. “The chef will package the meals in containers we provide, clean up the kitchen and sit down and talk about the menu for next time. All along, we are emphasizing the human interaction; we want it to be very personal, high touch,” says Allman.

Chefs also benefit from the unique situation, Allman says. “In a restaurant, you are putting food in the window and you don’t get the connection to the customer. Chefs crave feedback and this job offers that. If we can get the food service worker to think of this as a career, that’s when Chefs for Seniors can take it to next level.  The demand is there, we get calls every day from people needing help from all over the country.”