Wells located near ancient folds and fractures in the bedrock beneath southeastern Wisconsin are more likely to contain arsenic, a dangerous contaminant in drinking water, according to research just published by the Wisconsin Geological and Natural History Survey.

The findings come from an ongoing survey of the extent and causes of arsenic contamination in groundwater in eastern Wisconsin. By better predicting where arsenic will be found, the project could help municipalities and private well owners relocate or redesign wells or prepare to filter out the arsenic, which can cause cancer if ingested over time.

These bedrock fractures are a previously overlooked source of arsenic contamination in the area. For years, geologists thought they were too small to affect groundwater, instead believing that the layering of different rocks played a larger role.

“The folds and faults are so subtle in Wisconsin, absolutely tiny little things, amplitudes of 100 to 200 feet,” says geologist Eric Stewart, who led the new research. “So we wanted to investigate (whether) these things really matter. We didn’t know regionally how important they are.”

Stewart and his colleagues at the WGNHS, housed within the University of Wisconsin–Madison Division of Extension, published their findings April 16 in the journal Groundwater. 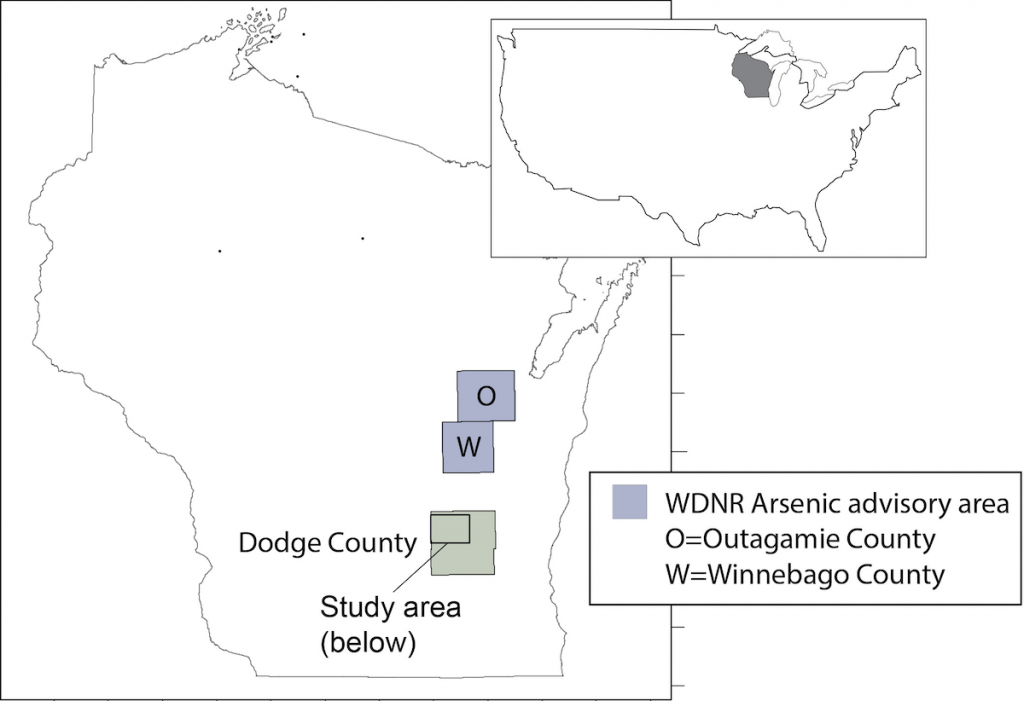 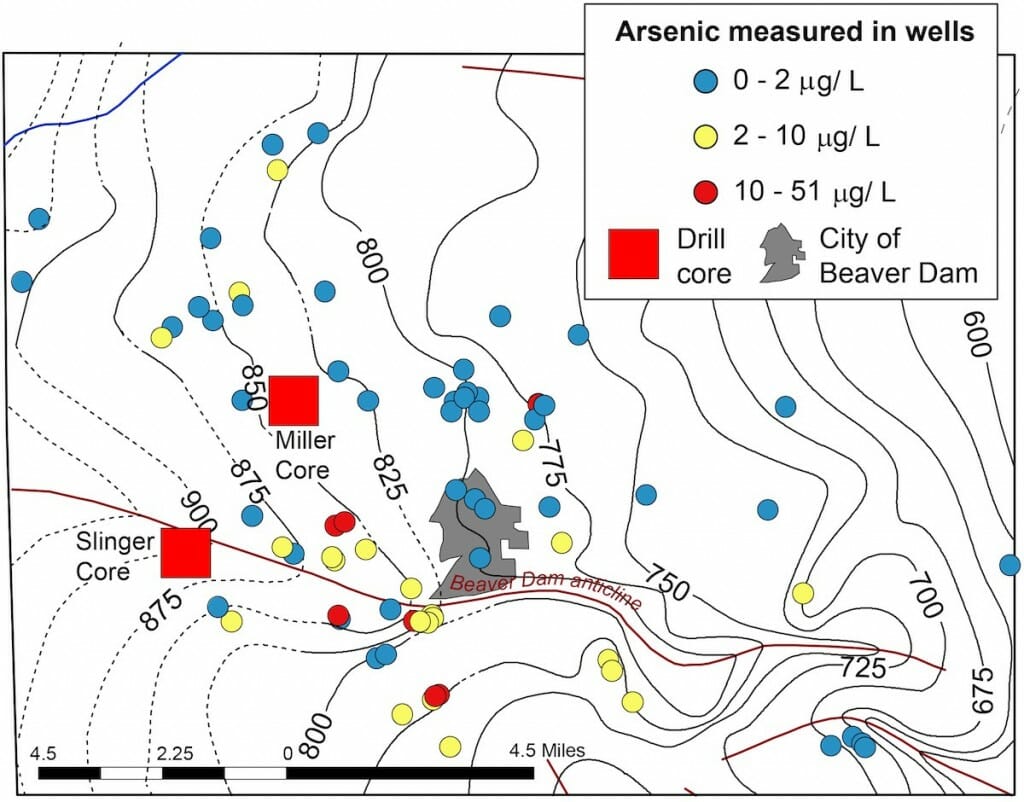 A map of the study area in eastern Wisconsin. Wells included in the study are marked by colored dots. Yellow dots had detectable arsenic and red dots had arsenic levels exceeding federal safety standards. Eric Stewart

These folds — the results of 1.7 billion-year-old rock pushing up on the younger rock above it — likely produce the chemical conditions required to leach arsenic from the minerals in the earth. When a well is drilled into this fractured bedrock, conditions in the well can lead to the release of arsenic.

As part of their larger survey of these bedrock formations in eastern Wisconsin, the geologists studied groundwater arsenic contamination in and around Beaver Dam, in Dodge County.

“In eastern Wisconsin, there’s a strip of land that runs north to south where certain rock formations are at the bedrock surface, and those units tend to have a lot more arsenic-bearing minerals,” says Stewart. “In these areas, it’s especially important to get your well tested, because arsenic is a carcinogen.”

The research relied on public records of arsenic levels in wells and well reports filed by drillers. The well reports provided a detailed accounting of the rock features encountered during drilling, which allowed Stewart and his team to map out the locations of bedrock folds around Beaver Dam. About four in 10 wells in the study area had detectable levels of arsenic. Some wells contained arsenic levels that exceeded federal safety standards. 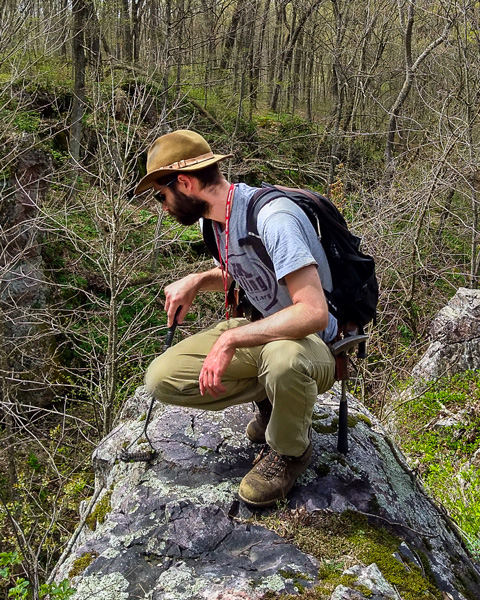 “The folds and faults are so subtle in Wisconsin, absolutely tiny little things,” says Eric Stewart. “So we wanted to investigate (whether) these things really matter. We didn’t know regionally how important they are.” Esther Stewart

By developing a statistical model of the arsenic data and location of the folds, the researchers found that arsenic contamination was more likely to be located closer to folded bedrock. Stewart’s team also observed vertical fractures in the rock and higher rates of groundwater flow closer to the bedrock folds.

The researchers say that it’s not yet clear why folds or fractures in the rock lead to more arsenic reaching wells, but scientists have two main theories. One is that the fractures concentrate the deposition of sulfides, minerals that commonly host arsenic. These sulfides then break down and release arsenic into wells under certain conditions.

The other idea is that, in the past, the fractures allowed more oxygenated water from the surface into the deep rock, producing minerals that release arsenic more easily. Deciphering the true reason will require more research.

As they continue their project, the geologists are expanding to the rest of Dodge County as well as surrounding counties. They will also closely study how the construction of wells may be tied to arsenic contamination. This information could help well drillers better design wells that minimize the chances of arsenic reaching drinking water.

Following the completion of their findings later this year, Stewart’s team will begin more widely sharing the information and providing recommendations to well drillers and towns in the state for how to avoid arsenic.