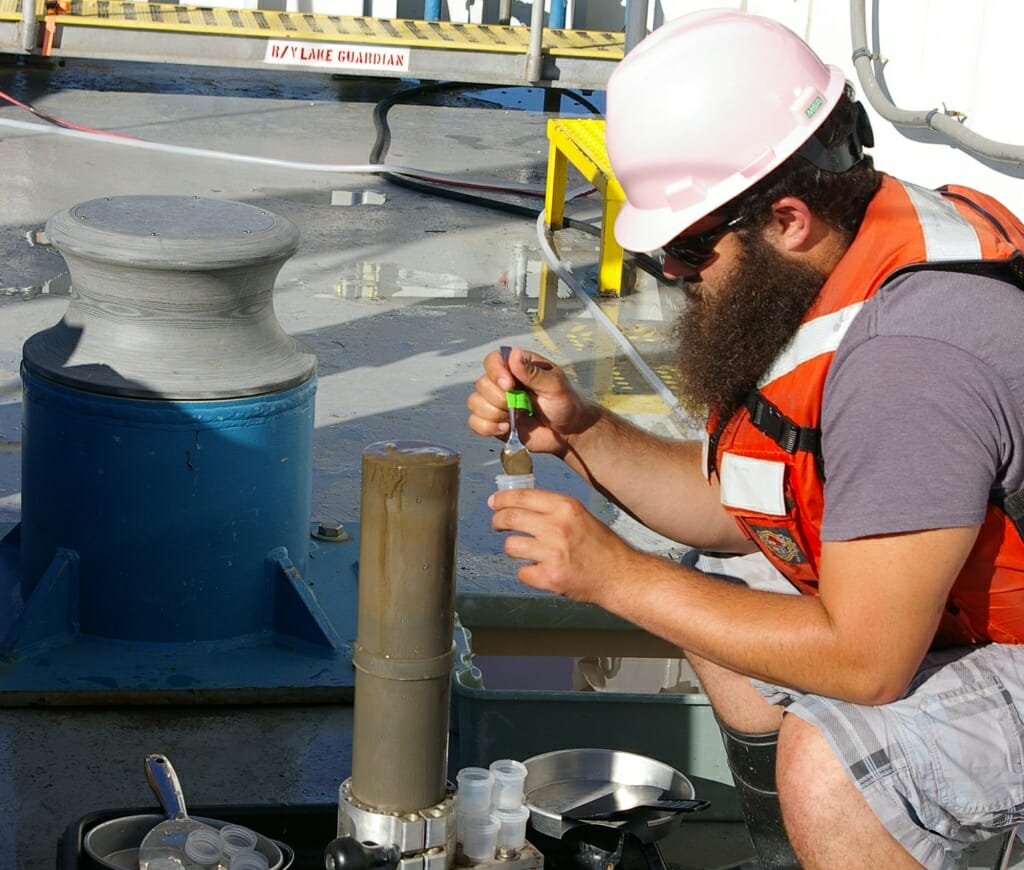 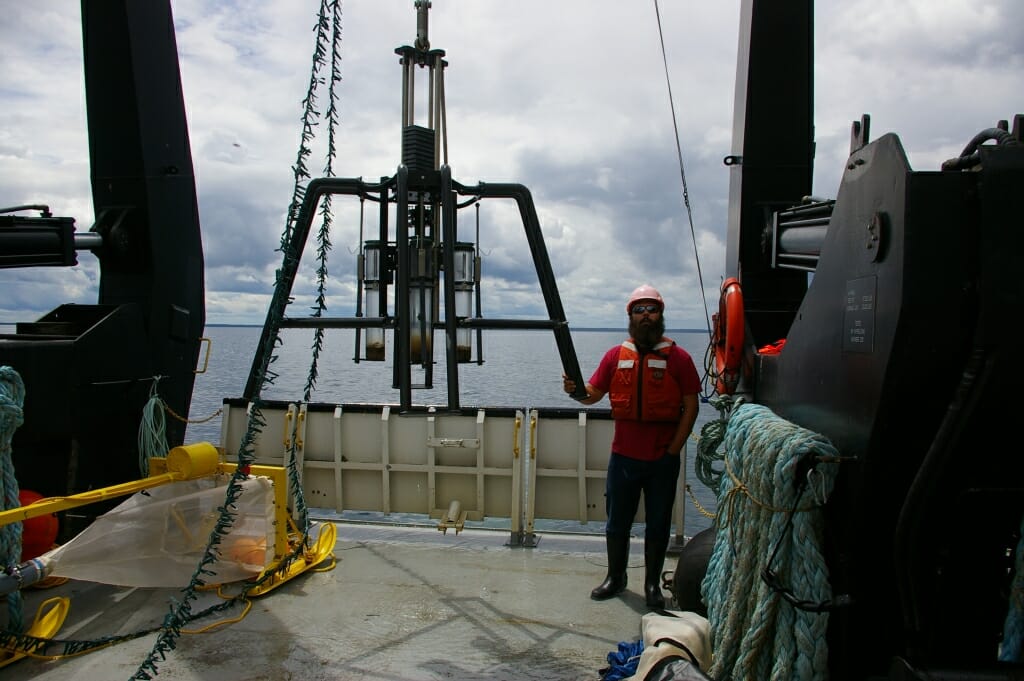 Using a combination of mercury, nitrogen and carbon isotope analysis — which he terms “fingerprinting” — on samples of lake trout archived from 1978 to 2012, researcher Ryan Lepak discovered there wasn’t an obvious decrease in concentrations of mercury in these fish even though the sediment record revealed reduced mercury loading. The new study shows this is due to shifts in the fish’s diet. Images courtesy of Ryan Lepak

According to a new study published today [Nov. 4, 2019] in the Proceedings of the National Academy of Sciences, 40 years of reduced mercury use, emissions, and loading in the Great Lakes region have largely not produced equivalent declines in the amount of mercury accumulating in large game fish.

Researchers, including those from the University of Wisconsin–Madison, say it’s largely due to aquatic invasive species in Lake Michigan — primarily quagga and zebra mussels — that have upended the food web and forced fish to seek atypical food sources enriched in mercury. 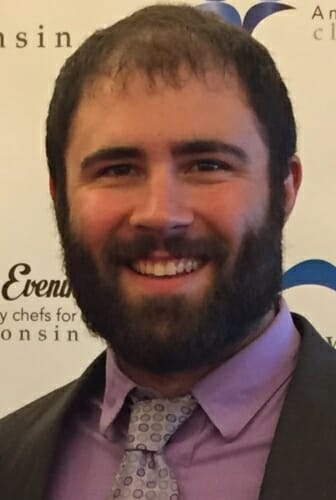 Mercury, or methylmercury as it exists in fish, is a neurotoxin that can cause damage to the nervous system if consumed by people or animals. The study has consequences for health officials and natural resource managers who need the best science possible to inform their decisions, says lead author Ryan Lepak, a postdoctoral researcher at the UW–Madison Aquatic Sciences Center (ASC).

“Our work highlights that mercury concentrations in fish cannot be predicted by emission inventories alone, and other factors such as food web alterations are needed to get the full picture,” says Lepak, who is stationed at the U.S. Environmental Protection Agency Great Lakes Toxicology and Ecology Division in Duluth, Minnesota. “All five of the Great Lakes have fish consumption advisories in effect because mercury poses a disproportionate risk to the health of children and pregnant women.” 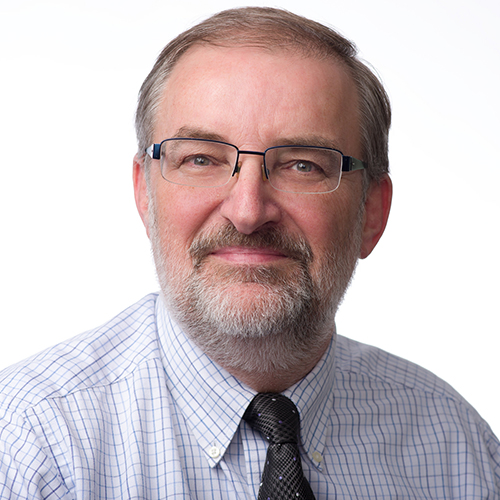 Lepak and coauthor James Hurley, ASC director, were interested in what has driven elevated rates of mercury concentrations in bigger fish, such as lake trout, despite policies that have largely reduced mercury emissions into Great Lakes waterways.

To understand the history of mercury in Great Lakes fish and determine sources of the contaminant, the research team performed a combination of mercury, nitrogen and carbon isotope analysis — which Lepak terms “fingerprinting” — on samples of lake trout archived from 1978 to 2012.

From the same period, Lepak also examined archived samples of sediment taken from the lakebed to compare trends of mercury sources to sediments and fish. 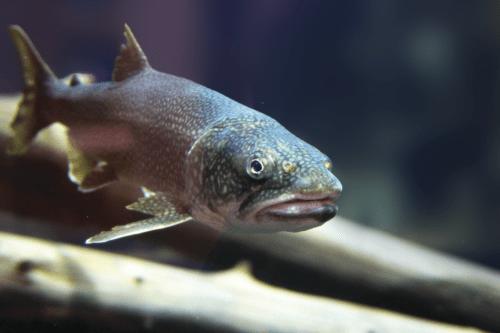 The bigger the fish, in this instance a lake trout, the greater the accumulation of methylmercury in the filets of the fish. All five Great Lakes have fish consumption advisories in effect because the contaminant poses a disproportionate risk to the health of children and pregnant women. Image courtesy of Sarah Erickson, director of Learning and Engagement, Great Lakes Aquarium

The study years encompassed the period after which hospitals and municipalities stopped burning waste, which spared the Great Lakes from additional mercury contamination. Researchers expected the decline to reduce methylmercury accumulation in fish.

However, Hurley says that though the unique fingerprinting technique showed measurable changes to mercury concentrations in the archival fish and from lake sediment samples beginning in the 1980s, “there wasn’t an obvious decrease in concentrations of mercury in these fish thereafter, even though the sediment record revealed reduced mercury loading.” 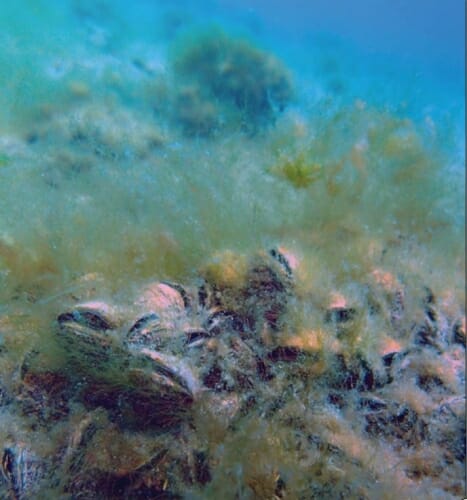 Lake Michigan invasive species, zebra and quagga mussels, exploded in number in the 1990s, short-circuiting the benefits of lowering mercury in lake trout that could have been expected from reductions in air emissions. A UW–Madison researcher used a unique analysis of mercury, carbon and nitrogen stable isotopes from archived samples to reveal that mercury concentrations must consider food web changes. Photo by Emily Tyner, School of Freshwater Sciences, University of Wisconsin–Milwaukee

Hurley notes that this is despite the fact that, after about 1990, mercury emissions and uses were substantially reduced and resulted in reduced mercury loading in the Great Lakes.

The culprits behind this, the analysis shows, are invasive dreissenid mussels, zebra and quagga, which exploded in number in Lake Michigan in the 1990s. Estimates indicate there are now trillions of mussels, which have led to significant shifts in lake trout feeding habits.

As dreissenids have filtered and consumed free-floating phytoplankton and cleared Lake Michigan waters, fish have been forced to search for food in deeper waters in the lake’s offshore zone and at the bottom of the lake in nearshore waters. The food the fish find here provides them less energy but is enriched in mercury.

“People enjoy sport fishing for lake trout but the larger the fish, the more mercury that has accumulated in fillets of the species,” Lepak explains. “Unfortunately, people have to consider contaminant levels when making a choice to serve fish for dinner.”