Every day, plants around the world perform an invisible miracle. They take carbon dioxide from the air and, with the help of sunlight, turn it into countless chemicals essential to both plants and humans.

Some of these chemicals, known as aromatic compounds, are the starting material for a wealth of useful medications, such as aspirin and morphine. Yet, many of these chemicals come from fossil fuels because it’s hard to get plants to make enough of them to harvest economically. Others are essential human nutrients and can only be obtained through our food since our bodies are unable to make them.

In new work, scientists at the University of Wisconsin–Madison identified a way to release the brakes on plants’ production of aromatic amino acids by changing, or mutating, one set of genes. The genetic change also caused the plants to absorb 30% more carbon dioxide than normal, without any ill effect on the plants.

If scientists could add a trait like this to crops or drug-producing plants, it could help them produce more chemicals naturally while reducing greenhouse gases in the atmosphere. 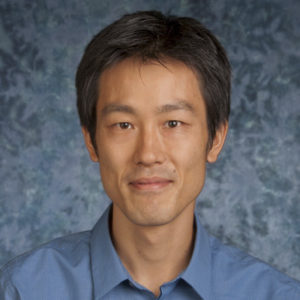 “We’ve long been interested in this aromatic amino acid pathway because it’s one of the major plant pathways that transform carbon fixed by photosynthesis into medicines, food, fuels, and materials,” says Hiroshi Maeda, a UW–Madison professor of botany who led the new research. “Now for the first time, we’ve discovered how to regulate the key control knob plants use to turn up production of this pathway.”

Normally, plants tightly control the production of aromatic amino acids by building in natural brakes to the process. When plants have produced enough amino acids, the whole system grinds to a halt.

The mutated plants Maeda’s team discovered using the model plant Arabidopsis have much less sensitive brakes thanks to mutations in a gene called DHS, which starts the production of aromatic amino acids. The upshot is the plant doesn’t know when to stop and keeps churning out these compounds.

The scientists were surprised to discover that the plants put photosynthesis into overdrive, taking in significantly more carbon dioxide into the plant to fuel this new production boom.

“We think that the increased photosynthesis does two things. One is to provide additional energy to operate this energetically expensive pathway. The second is to supply more carbon building blocks to make energetically dense aromatic chemicals,” says Maeda.

Some of these energy dense compounds, like lignin, find their way into the cell wall, where they make useful biofuel fodder.

Arabidopsis is simply a tiny mustard plant. While a useful model in the lab, it produces nothing of value. Co-author de Oliveira has his sights set on testing similar mutations in crops — which take in huge amounts of carbon dioxide every year — or in plants that produce valuable aromatic chemicals.

“These brakes we identified look very similar among different plants. So, expanding this discovery to crops opens up many possibilities, such as enriching our food with essential nutrients or improving bioenergy production, while capturing more carbon dioxide from atmosphere to slow down the global warming,” says de Oliveira.

This work was supported in part by the National Science Foundation grant MCB-1818040.