Six University of Wisconsin–Madison faculty have been elected to the American Academy of Arts and Sciences.

Former UW–Madison Provost Sarah Mangelsdorf was also elected to the academy this year. Mangelsdorf began her tenure as president of the University of Rochester in July 2019. 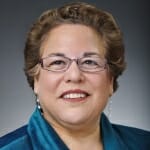 Charo is the Warren P. Knowles Professor of Law and Bioethics and an expert on law and policy related to research ethics, stem cell research and new medical technology. She has served as an adviser and expert to the federal government and multiple presidential administrations on ethical concerns in cutting-edge research. And she recently co-chaired a National Academy of Sciences panel to develop recommendations around human gene editing. 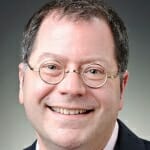 Pollak is the College of Letters & Science Distinguished Professor of Psychology. At UW–Madison’s Waisman Center, he researches the link between childhood stress and well-being. Pollak’s team has uncovered the lasting effects of negative experiences in childhood and seeks to use this knowledge to improve the social and emotional experiences of children and the adults they become. 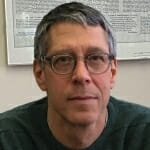 Nadler is the William H. Hay II Professor and Evjue-Bascom Professor in Humanities and a philosopher specializing in early modern and Jewish philosophy. He has authored 13 books, including “Rembrandt’s Jews,” a Pulitzer Prize finalist, and the graphic book, co-authored with his son Ben Nadler, “Heretics!: The Wondrous (and Dangerous) Beginnings of Modern Philosophy.” Nadler currently serves as director of UW–Madison’s Institute for Research in the Humanities. 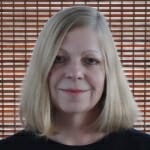 Young is a professor of Japanese history. Her research has covered Japan in and around the Second World War, and she has authored two books on Japan’s culture before and during the war. Her current book projects include a history of the country’s transition from feudal systems to a modern class hierarchy and a reexamination of Japan’s role in creating the modern world from the mid-19th century onward. 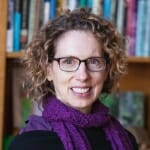 Naughton is a professor of geography focused on the social and political consequences of biodiversity conservation. Her research has focused on protected areas, wildlife and land use conflicts in South America, and she has studied public attitudes toward wolf recovery in the Upper Midwest. She directed UW–Madison’s Land Tenure Center from 2009 to 2013 and chaired the Nelson Institute’s graduate program in Conservation Biology and Sustainable Development from 2007 to 2010.

Zanni is the V.W. Meloche-Bascom Professor of Chemistry. Using an innovative method known as two-dimensional spectroscopy, the Zanni lab studies topics in biophysics and the energy sciences. They have researched carbon nanotube energy transfer, solar cell charge transfer, and the ways in which protein aggregations lead to diseases such as Type 2 diabetes and cataracts. Zanni was elected a fellow of the American Physical Society in 2010.

“The news that six colleagues are new members of the American Academy of Arts and Sciences is further evidence for a fact:  Faculty at UW–Madison are extraordinary,” says UW–Madison Provost Karl Scholz. “We congratulate these six for this wonderful recognition and thank them, and all in the UW–Madison community, for relentless efforts to expand the boundaries of knowledge and understanding of the human condition.”