The University of Wisconsin–Madison’s Robert Fettiplace has been named a 2019 Passano Fellow for his research into the mechanics of hearing, his second prestigious international scientific prize in a year.

Fettiplace, a professor of neuroscience at the University of Wisconsin School of Medicine and Public Health (UW SMPH), won the award for showing how cochlear hair cells sense the tiny mechanical vibrations that sound produces in the inner ear. 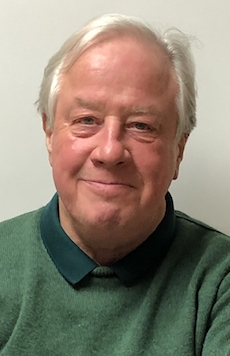 “The School of Medicine and Public Health is extremely proud of Professor Fettiplace’s remarkable research accomplishments over the course of a long and distinguished career,’’ says SMPH Dean Robert Golden. “We are pleased that he has received this well-deserved recognition as a Passano Laureate and look forward to his ongoing scientific discoveries.”

Donata Oertel, chair of neuroscience and a hearing researcher herself, says that Fettiplace is well-known for devising creative new approaches to studying hearing in animal models.

“Over and over again, Robert has devised new approaches to examine problems specific to vertebrate hearing,’’ she says. “The elegance and creativity of these approaches has kept Robert’s work at the forefront of his field for over 40 years. The Passano Prize, which recognizes medical science and research with clinical applications, brings honor to our School of Medicine and Public Health.”

The Passano Foundation gives out annual awards for “endeavors with clinical application” led by American scientists and physicians. The 2018 award was for immunotherapy for treating cancer including CAR T-cell therapy. The Passano Foundation partners with Johns Hopkins University and the University of Maryland Medical School to award the prize. The award ceremony takes place in Baltimore today.

Most of Fettiplace’s research has focused on the workings of the ear, describing how hair cells in the cochlea that translate the vibrations of sound into electrical signals that are the currency of the brain. One of his most important early discoveries was that auditory hair cells are designed electrically to pick up a specific range of frequencies and arranged along the cochlea like the keys of a piano, with high frequencies at one end and low at the other.

“Just as a prism separates white light into the colors, the cochlea behaves like an acoustic prism; it takes wide bands of noise and the hair cells separate the sound by frequency,” he explains. “Some hair cells respond to low tones, some to high, and so on, for all frequencies in between.”

Fettiplace also received the 2018 Kavli Medal for his research accomplishments. He shared both awards with fellow hearing researcher A. James Hudspeth of Rockefeller University. Both awards are often precursors to Nobel prizes, as more than 20 Passano fellows have gone on to claim the Nobel.