Zika infections unlikely to be passed by kissing, casual contact

Saliva is no way to pass a Zika virus infection.

According to researchers at the University of Wisconsin–Madison who conducted studies with monkeys, casual contact like kissing or sharing a fork or spoon is not enough for the virus to move between hosts. Their findings were published today (Aug. 1, 2017) in the journal Nature Communications.

Scientists believe that mosquito bites are the source of most Zika virus infections in people. After infection, the Zika virus is present in blood and saliva for up to about two weeks, but it remains in bodily fluids like breast milk for weeks and semen for months. The virus can also be spread by sexual intercourse, but much about Zika remains unknown — including, until recently, whether the saliva of an infected person posed a danger. 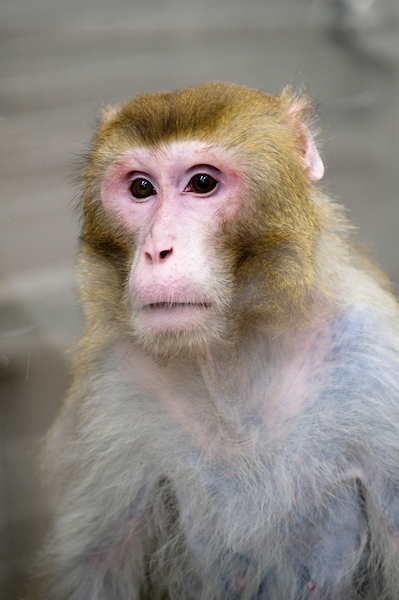 According to UW–Madison researchers who conducted studies with monkeys, casual contact like kissing or sharing a fork or spoon is not enough for the virus to move between hosts. Photo: Jeff Miller

“If passing the virus by casual contact were easy, I think we would see a lot more of what we would call secondary transmission in a place like the United States,” says Tom Friedrich, a virology professor at the UW–Madison School of Veterinary Medicine. “But we’re not seeing clinically apparent spread of Zika throughout the continental U.S. without the presence of the mosquitoes that carry the virus, and our study helps to put into context some of the transmission risk.”

Last week, Texas public health authorities announced a case of Zika virus infection likely caused by a mosquito bite. The saliva study was funded by the National Institutes of Health in 2016 amid uncertainty about other potential ways Zika could spread between people. In particular, officials were concerned by a mysterious case of Zika transmission — between an elderly man and his caretaker son in Utah — that ruled out better-understood routes such as mosquitoes or sexual activity.

In the study results reported today, rhesus macaque monkeys at the Wisconsin National Primate Research Center were infected with the strain of Zika virus that has been circulating in North and South America in recent years, and saliva was collected from the infected monkeys.

None of the saliva-swabbed monkeys developed an infection — nor did a pair of monkeys who had infected saliva swabbed in their nostrils or eyelids. However, all three monkeys who had high-dose virus applied directly to their tonsils in the absence of saliva got infected (though the infection took slightly longer to develop than in monkeys infected under their skin). 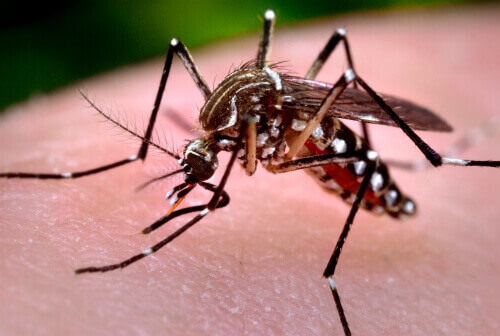 Scientists believe that mosquito bites are the source of most Zika virus infections in people. James Gathany/CDC

Dawn Dudley, a scientist in UW–Madison’s School of Medicine and Public Health, says the tonsils were chosen as a site for testing because they are typically a source of infection for influenza and Epstein-Barr virus.

But saliva itself may do a lot of work to thwart Zika’s infection potential.

Matthew Aliota, a research scientist in the UW–Madison School of Veterinary Medicine, conducted experiments with monkey saliva and cells in the lab.

“He found that if you add monkey saliva to the virus you reduce the ability of the virus to infect cells,” Friedrich says.

The study’s infected monkeys had very little active virus in their saliva, compared to the amounts typically passed into people or monkeys by mosquito bites. The monkeys who were swabbed with the high dose of virus encountered nearly 80,000 times the number of Zika particles the researchers counted in the saliva from the infected monkeys.

“The viral loads in the saliva in general are low, but there are also anti-microbial components in saliva making that low level of virus even less infectious than it might be in another medium,” says Christina Newman, co-first author of the study with Dudley and also a scientist with the UW–Madison Zika Experimental Science Team.

“Saliva is also viscous stuff,” Dudley said. “That hinders the ability of the virus to move and get to cells that they could infect.”

This does not add up to an environment friendly to infection.

“The case in Utah was an outlier — by orders of magnitude — in terms of the amount of virus that was present in his blood,” Friedrich said. “Transmission via saliva is theoretically possible, but it would require extraordinarily high viral loads that just aren’t present in the vast majority of infected people.”