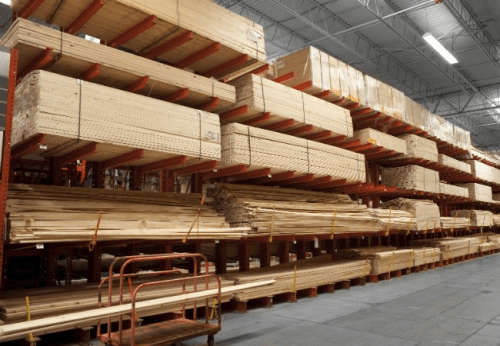 The world’s wood products, such as lumber, paper and furniture, sequester a lot of carbon, but they only offset about one percent of total carbon emissions. Craig Johnston

The world’s wood products — all the paper, lumber, furniture and more — offset less than 1 percent of annual global carbon emissions by locking away carbon in woody forms, according to new research.

An analysis across 180 countries found that global wood products offset 335 million tons of carbon dioxide in 2015, 71 million tons of which were unaccounted for under current United Nations standards. Wood product carbon sequestration could rise more than 100 million tons by 2030, depending on the level of global economic growth.

The results provide countries with the first consistent look at how their timber industries could offset their carbon emissions as nations search for ways to keep climate change manageable by severely curbing emissions.

Yet the new research also highlights how wood products account for just a small fraction of the needed offsets for all but a select few timber-heavy countries.

Craig Johnston, a professor of forest economics at the University of Wisconsin–Madison, and Volker Radeloff, a UW–Madison professor of forest and wildlife ecology, published their findings July 1 in the Proceedings of the National Academy of Sciences.

“Countries are looking for net-negative emissions strategies. So it’s not just about lowering our emissions but pursuing strategies that might have storage potential, and harvested wood products are one of those options,” says Johnston. “It’s nice because you can pursue options that don’t hinder growth. The question is, can we continue to consume wood products and have climate change benefits associated with that consumption?”

To address that question, Johnston worked with Radeloff to develop a consistent, international analysis of the carbon storage potential of these products, which countries must now account for under the global Paris Agreement to reduce carbon emissions.

They used data on lumber harvests and wood product production from 1961 to 2015, the most recent year available, from the U.N. Food and Agriculture Organization. The researchers modeled future carbon sequestration in wood products using five broad models of possible economic and population growth, the two factors that most affect demand for these products.

But for most countries, including the U.S., wood products mitigated a much smaller fraction of overall emissions in 2015, and this proportion is not expected to increase significantly through 2065, the researchers found.

Current U.N. guidelines only allow countries to count the carbon stored in wood products created from domestic timber harvests, not the timber grown locally and shipped internationally, nor products produced from imported lumber. These regulations create a gap between the actual amount of carbon stored in the world’s wood products and what is officially counted.

In 2015, that gap amounted to 71 million tons of carbon dioxide, equivalent to the emissions from 15 million cars. If those guidelines remain unchanged, by 2065 another 50 million tons of carbon dioxide may go unaccounted for due to this gap. But this additional, uncounted carbon does not significantly increase the proportion of global emissions offset by wood products.

Johnston and Radeloff also found that the level of carbon stored in wood products is extremely sensitive to economic conditions. Slow or negative growth could significantly reduce the amount of carbon offset by these industries.

“As wood products are produced, you’re adding to this carbon pool in the country, but these products do eventually decay. There’s carbon emissions today from furniture or lumber that was produced 50 or 75 years ago,” says Johnston. “So if we’re not producing at a rate that at least offsets those emissions, then we’ll actually see that carbon pool become a net source of emissions.”

For example, the Great Recession in 2008 and 2009 turned America’s wood products from a net sink of carbon into a net emitter. A similar effect released millions of tons of carbon dioxide from wood products for years after the Soviet Union collapsed, Johnston and Radeloff found.

All five of the study’s projections for future economic growth predict that more carbon will be captured in wood products, but unforeseen economic shocks could temporarily reverse that trend for particular countries.

The current study offers a chance to assess current obligations and help countries predict future emissions. The results may also inform the next round of emissions targets and negotiations, the researchers say.

“We’re making these data public. The whole model for all countries, for all wood products, for all scenarios is available,” says Johnston. “Now we know what it looks like for every country under a common model and common assumptions moving forward.”