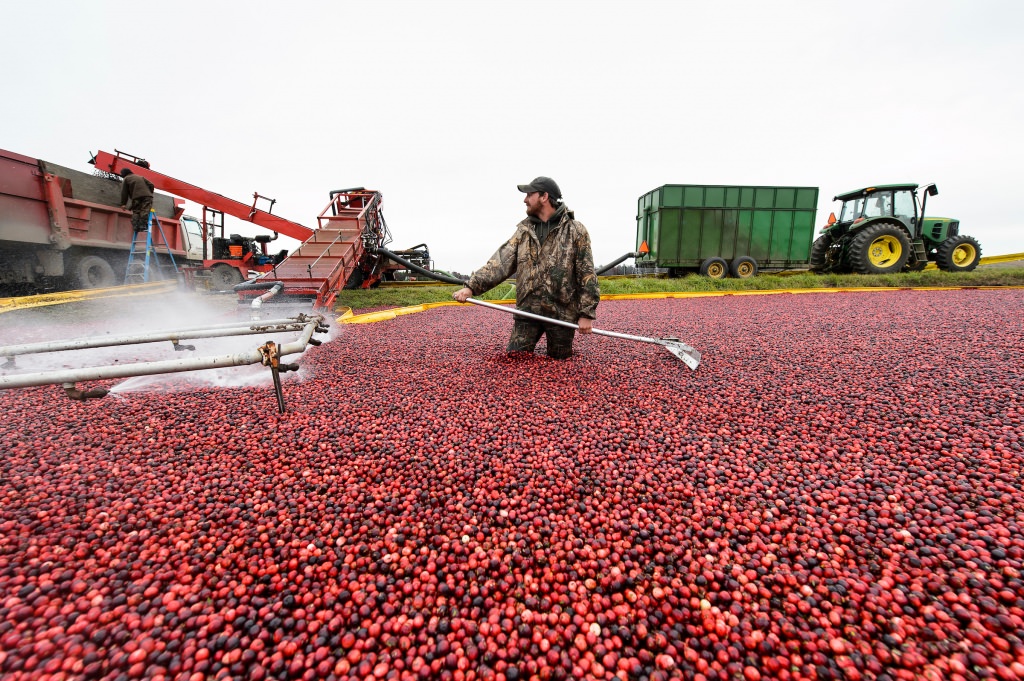 Farmers harvest cranberries from a flooded-cranberry marsh at Cranberry Creek Cranberries, Inc., an 850-acre farm owned by Bill and Sandy Hatch in Necedah, Wis., during autumn on Oct. 27, 2015. Cranberry Creek Cranberries is an agricultural industry leader propagating several productive and profitable cranberry varieties — including Sundance and HyRed — bred at the University of Wisconsin–Madison and licensed by the Wisconsin Alumni Research Foundation (WARF). (Photo by Jeff Miller/UW-Madison) Photo: Jeff Miller

The “Wisconsin Idea,” often described as the most succinct explanation for the university’s role in the state of Wisconsin, will be dissected on campus during 15 lectures this fall in Sociology 496:  “FORWARD?  The Wisconsin Idea, Past and Present.”

The course, held Tuesday evenings, is aimed at undergraduates, says organizer Patrick Brenzel, a university staffer in the department of sociology, but last year’s sessions also attracted a wide audience from the community.

“I want to see the campus reminded of its legacy,” says Brenzel. “We need to talk about our roots. The University of Wisconsin is steeped in a history that is honorable.”

“Wisconsin Idea” can be defined in various ways, as it can be applied to the university or the state as a whole. In terms of the University, the most famous formulation came from UW President Charles Van Hise in 1904, who said he would “never be content until the beneficent influence of the university reaches every family in the state.” 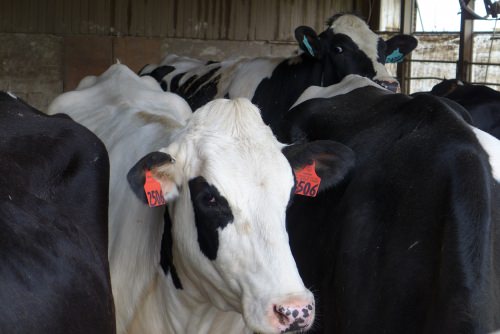 Cows and dairying are one of the oldest embodiments of the Wisconsin Idea. Nigel Cook, a professor of veterinary medicine, advises farmers, including John Koepke of Oconomowoc, Wisconsin, about optimizing equipment and procedures to make cows relaxed, productive and “happy.” David Tenenbaum

Recent political trends have caused the university to reexamine and reinforce the Wisconsin Idea, and none too soon, says Brenzel. “I think we have lost our engagement with state government.  The University of Wisconsin used to play a very honorable advisory role in forming laws and creating policy that made Wisconsin a better place to live.”

These ideas motivated Brenzel and Chad Goldberg, a professor of sociology, to initiate the class last fall. By design, a new instructor will teach each year, says Eric Sandgren, a professor at the School of Veterinary Medicine who is this fall’s instructor.

Sandgren says different people have different answers to the fundamental question of why the Wisconsin Idea might matter. “In general, it’s a really good idea to understand key aspects of the history of whatever institution you are part of, and in last couple of years, that’s become even more important.”

Another motivation emerges from the fragmented nature of the Madison campus, one of the largest and most academically diverse in the nation.

“We call ourselves a university, but if you look inside, we are organized into disciplines; making us more like a multi-versity,” Sandgren says. “Loyalty tends to be to the discipline and department, and less to the university as a whole.”

Focusing on the Wisconsin Idea, he says, is one answer to the question of “what can we do to bring ourselves together.”

“We have an extraordinary breadth of disciplines, and our people are among the best of the best. Effective solutions to big problems almost always require multi-disciplinary responses, and this is certainly true in science, where we need to cross boundaries to discuss communication, morality, ethics, political science and sociology. You can’t just say, ‘Here are the facts.’ Creating effective solutions requires participation from all of these disciplines.” 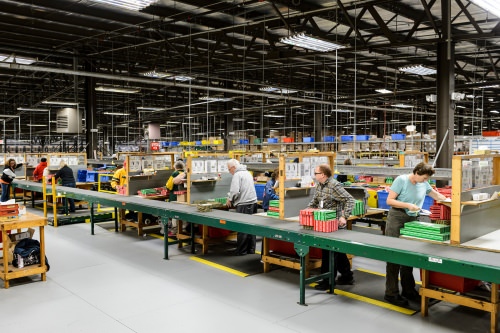 Staff ship merchandise at Colony Brands, Inc., in Monroe, Wisconsin. The business was launched as the Swiss Colony in 1926 by Ray Kubly, Sr., who had just graduated from the University of Wisconsin, where a professor suggested mail-order marketing of Green County’s famous cheese. Colony is a billion-dollar business with many relationships to UW–Madison. Photo: Jeff Miller

These topics will be among the 15 covered this fall: