Why is the grass greener? Sports-field experiment to reveal results on Oct. 19 in Stoughton 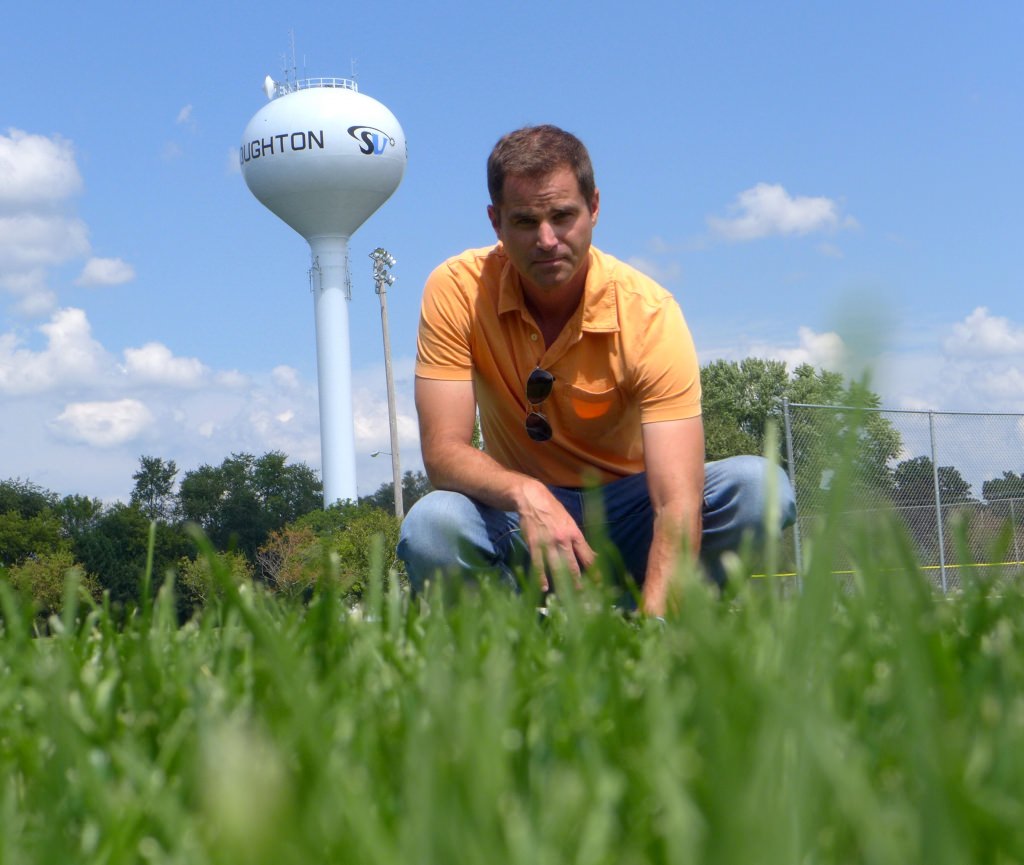 Doug Soldat, professor of soil science at UW–Madison, has led a three-year experiment in Stoughton, Wisconsin, on the effects of four ways to care for sports fields. David Tenenbaum, University Communications

The results of an unusual, real world experiment on four methods for managing sports fields will be shown to the public on Oct. 19.

The experiment has run for three years on four baseball diamonds at Racetrack Park in Stoughton.

The experiment’s designer, Doug Soldat, a professor of soil science at the University of Wisconsin–Madison, explains that the project “arose from a really common issue. There are different opinions on the acceptable amount of maintenance for sports fields and turf in general, particularly around the use of pesticide and sometimes of fertilizers.”

Thick grass is not just an aesthetic concern on sports fields, Soldat says. Lush turf reduces the hardness of the field and cushions falls in football, baseball or soccer.

The experiment evaluated four treatments for the diamonds: 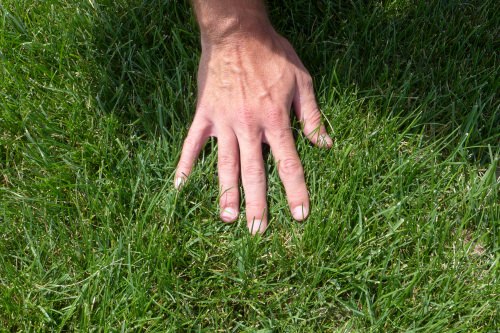 All fields have been mowed, aerated and used as usual during the past three seasons.

One vivid contrast appeared across the line dividing the “neglect” field from the baseball diamond that received organic fertilizer. The no-treatment diamond had brown, thin patches, while the organic field showed areas of clover. Clover is considered a weed, but it supplies nitrogen to the grass, which was green, thick and far more forgiving to the foot than the neglect field.

Differences were more subtle across the line separating the diamond receiving Stoughton’s conventional treatment from the diamond managed with a low-impact treatment devised by Soldat and colleagues at UW–Madison. Both had high density and the lowest percentage of weeds. Neither had bare spots or parching.

In terms of visual quality, the field with Stoughton’s standard treatment was judged best, but only the neglect field was considered unacceptable.

“Public fields need to satisfy the sometimes-incompatible demands from the public,” says Soldat, who grew interested in turf while golfing in high school in Janesville. “In the community, there are a lot of stakeholders.  Some don’t care about any potential environmental impact, as long as the turf is beautiful, dense and thick, and there are folks who could care less about the look of the field, so long as no chemicals are used. And there’s probably a large segment that wants the turf to look good, be functional, safe, but are also cognizant of potential negative health and environmental consequences from turf management.”

Turf covers an estimated 1.2 million acres in Wisconsin – about the same as soybeans, and so the economic, environmental and health aspects of turf management extend far beyond sport fields.

The roots of the project were planted when Sara Downie from Sustainable Stoughton raised concerns about chemical use to the city parks department, Soldat says. “The Parks Department communicated with us, asking what could be done to help respond to the concerns.”

Overall, the most striking finding was also unsurprising: Fertilizer is necessary to maintain field quality, cushioning, and possibly acceptable levels of weeds, Soldat says. “We find that the three fertilizing treatments all produced acceptable turf, though of course the condition did vary with the seasons.”

The experiment will conclude at the end of the season.

With data in hand, community values must now be the decider, Soldat says. “It’s tough; there is never a black-or-white answer. Conventional pesticides in turf grass are highly regulated by the EPA, and we are not trying to say that the way Stoughton has been doing things is wrong or needs to be improved on. We are also not saying it’s clear that you can take a non-chemical approach and make everybody happy.  We wanted to show that a variety of decisions can be made, and they will have different economic, environmental and agronomic consequences.”

These decisions, Soldat adds, “Are a balancing act between the expense, the desired condition of the turf, and the possible environmental and health impacts. We hope the community will use our results and go through the democratic process to decide what they want to do.”