When it comes to biological populations, expect the unexpected 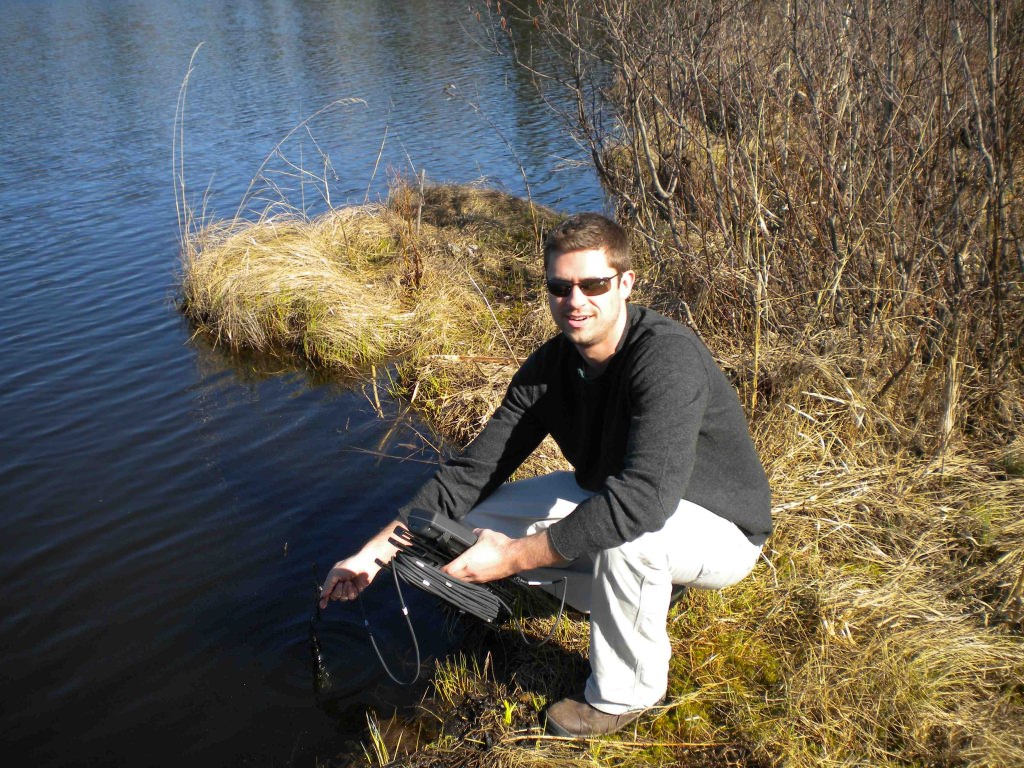 Ryan Batt takes a reading of oxygen levels in a Center for Limnology study lake in Northern Wisconsin. Steve Carpenter

Human beings are familiar with the idea of extreme events. Meteorologists keep us up to date on hurricanes, floods and high temperatures. Economists watch the stock market for signs of crashes or rallies. We spend a lot of time trying to better predict these events, yet are often surprised when they occur.

But, says a new study in the journal Limnology & Oceanography Letters, when it comes to biology’s extremes, it’s not enough to just expect the unexpected. We need to be ready for the unprecedented as well.

More than three decades of data on the physical, chemical and biological variables in 11 Midwestern lakes show that while lake temperatures and nutrient concentrations rise within relatively expected ranges, biological organisms achieve high population extremes. The findings challenge preconceptions about what a “normal” distribution of averages and extremes looks like.

“There hasn’t been much attention given to extreme fluctuations in biological time series,” says lead author of the paper, Ryan Batt, who conducted the study as a graduate student at the UW–Madison’s Center for Limnology. “We tend to think of these things that cause a huge distress on human populations, like natural disasters or financial collapses. I wanted to know how biology stacked up, but I didn’t expect it to be so extreme.” 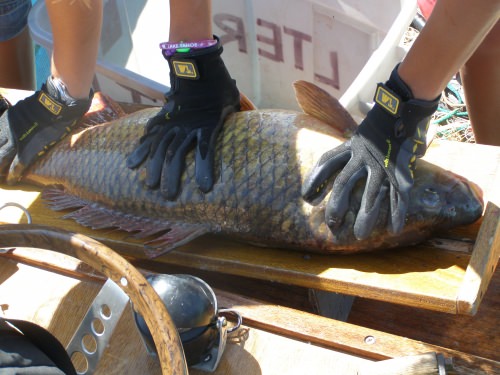 The NTL-LTER fish crew takes a yearly “census” of fish populations in the 12 LTER study lakes in Wisconsin. Here the crew measures a massive common carp pulled from a net in Lake Monona in Madison. Adam Hinterthuer

Batt, now a post-doctoral researcher at Rutgers University, took advantage of decades of data collected by the National Science Foundation’s Long-Term Ecological Research (LTER) site in Wisconsin. Since 1981, the North Temperate Lakes LTER project has routinely measured everything from water temperature to nutrient concentrations and fish populations in 11 Wisconsin lakes. That added up to data on 595 different variables over 30 years, Batt says.

The data shows that populations of the plants, fish and plankton living in the study lakes rise to such extremes that in other kinds of datasets, the numbers would seem like outliers. For instance, consider human height.

“If you saw someone walking around that was 14 feet tall, that would be insane,” says Batt. “Even a single foot in height makes a huge difference in terms of being an outlier for what we would consider ‘normal.’”

However, in the dataset, such extremes were more frequent than researchers expected.

“My intuition was that biology would have fewer extremes,” says Steve Carpenter, director of the UW–Madison Center for Limnology and a co-author of the study. “But there were new records being set all the time.”

Anglers on Madison, Wisconsin’s Lake Mendota, part of LTER, may have experienced these extremes first-hand. In the 30 years that researchers have recorded fish populations, an average catch rate for the popular and tasty panfish, bluegill, was about five fish per hour of fishing. But, in 1983 and again in 2004, that catch rate was over 30 per hour. 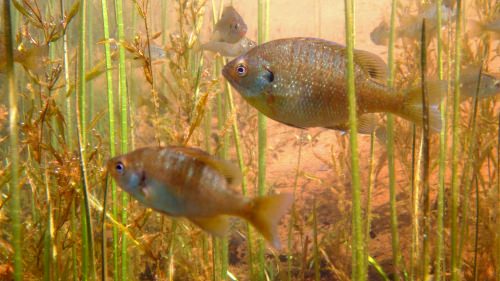 Batt chose to focus on “booms not busts” because it was more interesting and a bit counterintuitive. “We always look at biology as having to deal with extreme events in the environment, like there was a heat wave and a bunch of fish died or there was a cold snap and a bunch of fish died,” he says. “We tend to always think of the environment as having extremes that are lethal. What I wanted to know is, what is possible beyond what I can imagine?”

To say the answer surprised the researchers may be putting it too mildly.

Seeing such extremes in the lakes’ physical and chemical data requires waiting a long time and gathering volumes of data before new records are set, and those records weren’t typically very shocking. With the biological data, Carpenter says researchers didn’t have to wait very long, and what they did observe made them think: “‘Wow, that’s more yellow perch than we ever saw before.’ By a lot,” he adds.

In the report, the authors propose one mechanism that may be driving this phenomenon. Perhaps, they suggest, organisms are primed to take advantage of good conditions, amplifying things like optimal temperatures or an increase in available nutrients. Years with less extreme bumps in environmental conditions may correspond with unprecedented booms in fish or algae populations, though the researchers have yet to test this.

If so, says Carpenter, it suggests that ecologists should think more about the ecological causes of extremes while resource managers should “expect extremes in biology maybe more than our intuition would lead us to think.”

In fact, as human activity impacts all sorts of environmental variables, from climate change, to habitat loss, to nutrient pollution, we should prepare for high variability in what those changes mean for the plants and animals that call those ecosystems home, the researchers say. However, with the kind of variability the study uncovered, Carpenter says, it gets difficult to decide what “normal” population levels and limits might be.

“We need to be prepared to see new records,” says Carpenter.