Building on the success of early rounds of funding provided by the UW2020: WARF Discovery Initiative awards, researchers are invited to apply for Round 4 funding. 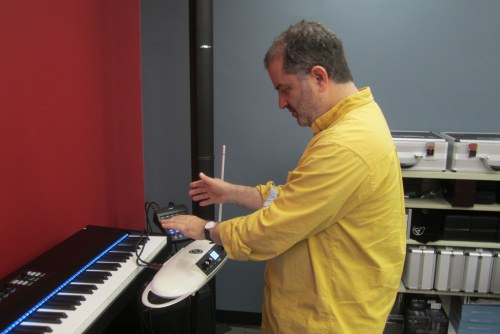 Daniel Grabois, associate professor of horn at UW–Madison’s School of Music, demonstrates the theremin, one of many instruments rounding out the collection that will be available for use through the UW2020-funded Electro-Acoustic Research Space (EARS). Photo: Natasha Kassulke

Starting today, Sept. 12, the Office of the Vice Chancellor for Research and Graduate Education of the University of Wisconsin–Madison is accepting applications for funding from high-risk, high-impact research proposals. UW2020 funds both investigative and infrastructure projects at UW–Madison and UW–Extension, with the goal of supporting collaborative, multidisciplinary and transformative research.

Round 4 funding will be provided for one to two years, depending on the needs and scope of the project. Awards range from $100,000 to $500,000. An initial submission of a brief abstract is due by Oct. 16, with full proposals due Dec. 4. UW2020 is funded by the Wisconsin Alumni Research Foundation (WARF), with support from UW–Extension.

Early recipients of UW2020 funding, from the School of Music to the School of Medicine and Public Health and beyond, have assembled interdisciplinary teams to address their research questions and have attracted outside funding with initial support from the program. 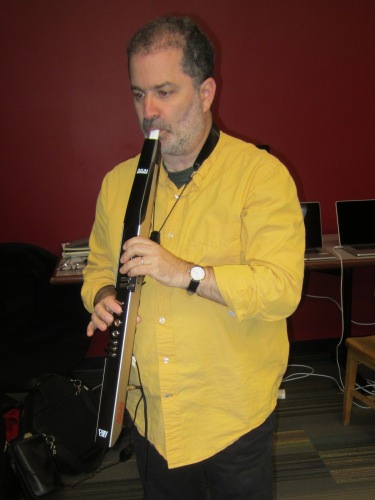 Grabois demonstrates the eigenharp, an electronic music instrument, which allows the musician to play and improvise using a wide range of sound. Photo: Natasha Kassulke

Daniel Grabois, a professor of horn in UW–Madison’s Mead Witter School of Music, used UW2020 funding to complete installation of the Electro-Acoustic Research Space (EARS), which has its grand opening at 7:30 p.m. on Sept. 15. The new facility will allow student, staff and faculty musicians to use digital technology to manipulate and transform the sounds made by acoustic instruments and to create new timbres and combinations of computer-generated sounds. The result will be new compositions for electronic and acoustic instruments, as well as a space to rehearse and record new work.

Grabois predicts that the campus community will be impressed by what they find in EARS. A dizzying array of electronic and acoustic instruments, mixing boards and speakers are connected by a nerve center of computers. Most of the equipment was purchased from Wisconsin companies. In addition to faculty and students in the music school, other performing artists and even filmmakers will have access to the space. Grabois also plans to host open houses for the community at EARS.

“You can say ‘oh, cool’ to just about everything in this room,” says Grabois. “Think of it as a library that has a lot of potential knowledge in it and you go there and dip into it as you see fit.”

“We built this collection and set-up with being mobile in mind. Our research is concerts off campus,” he says. 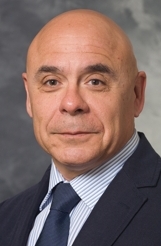 On the other side of campus, Associate Professor of Neuroscience Luis Populin has used UW2020 funding to gather an interdisciplinary team that is working to combine two types of brain imaging technology — positron emission tomography (PET) and functional magnetic resonance imaging (fMRI) — to better understand the effects of a drug used to treat attention deficit hyperactivity (ADHD) on long-term brain function and neurochemistry. The results are expected to inform research on drug and behavioral treatments for ADHD, schizophrenia and other psychiatric disorders.

The research group draws from medicine, engineering, medical physics and the Waisman Center. Each researcher brings expertise in their field that, combined, allows the project to move along faster than otherwise possible.

“This kind of collaborative project is possible at UW–Madison and probably not in many other places,” Populin says. “That’s because we have the capability of doing the fMRI part and the PET part, plus we have a facility that makes the necessary tracers, and the Wisconsin National Primate Research Center.”

“We have all the tools available on campus, but we would not have been able to couple them to the required expertise necessary without this UW2020 grant,” says Bradley Christian, co-director of the Brain Imaging Core at the Waisman Center and a member of the brain imaging project. 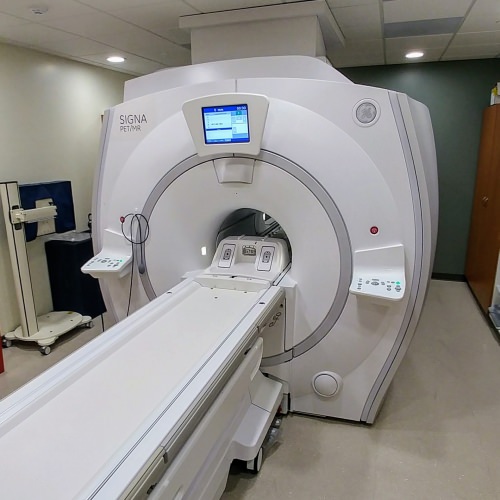 The PET/MR technology, available at UW–Madison and only a few other institutions in the world, is part of a UW2020-funded study on the effects of therapeutic drugs. Photo: Alan McMillan

The team recently received a $1.7 million grant from the defense research agency DARPA, which Populin says is a direct result of the UW2020 funding. The newly funded study is part of a larger DARPA-funded project led by Justin Williams, professor and chair of UW–Madison’s Department of Biomedical Engineering.

“My sense is that this is just the beginning of obtaining more grants like that,” Populin says.

“This is a good example of the Wisconsin Idea in action. We are here to do things that have never been done before and may have the potential to benefit society at large,” Populin says. “Sometimes you just need to, as we have, get the right group of people together and then the ideas start to flow.”

“When I hear about the amazing research being accomplished by UW–Madison researchers such as Daniel Grabois and Luis Populin, I am reminded of how transformative UW2020 is in allowing us to fund the projects our UW–Madison researchers have dreamed about doing,” says Vice Chancellor for Research and Graduate Education Marsha Mailick.

“We are excited to announce a new round of funding just as we are learning about the success of earlier rounds that includes generating extramural funding, publishing results and, ultimately, changing lives for the better,” says Mailick.