It’s an open secret among computer scientists and programmers: Computer processors waste a lot of time twiddling their thumbs, waiting for data to arrive from memory, so those impressive “clock speeds” used to hype hardware reveal little about overall speed of output. 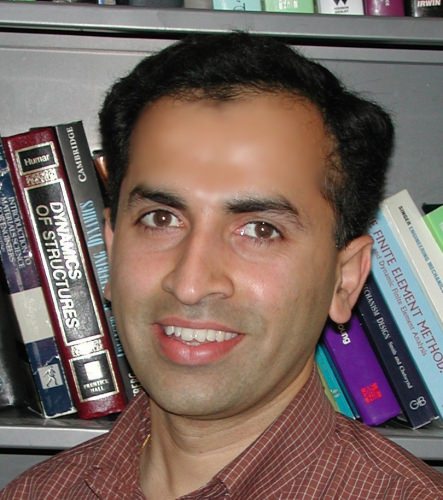 But everything changes if you can figure out a way to keep a “hungry” processor fed, says Krishnan Suresh, a professor of mechanical engineering at the University of Wisconsin–Madison. And that realization is central to SciArt LLC, Suresh’s brand-new Madison startup. The company promises to “rethink design” by running ultra-fast design optimization software called ParetoWorks on garden-variety computers.

ParetoWorks, Suresh’s brainchild, takes a specification for a mechanical part — such as a yoke, bracket or shelf — and a list of goals, such as breaking strength or stiffness. Repeatedly, the software carves away bits of material in the design, then asks itself: “Am I still on track toward my goals?”

The answer determines whether the software continues on its current path, or tests a better place to carve. When the software exhausts the improvements, it spits out a design that meets the original goals, which typically allow a radical reduction in material.

The core of ParetoWorks was designed by Suresh, copyrighted by the Wisconsin Alumni Research Foundation, and licensed to SciArt.

A bracket redesigned with ParetoWorks software from UW–Madison spinoff SciArt LLC shows how much material can be removed while still meeting design criteria.

Since officially opening its doors in March, SciArt has already seen multiple sales.

Praveen Yadav, a co-founder who is director of engineering, was born in India and spent years at the auto manufacturer Tata Motors. “I was working on suspension design, and on the average work day I would design a part and try get it manufactured by the prototypers,” he says. “We would fit it on a vehicle or a testing rig, and if it failed I would create a new part and repeat the process.”

The process was slow, expensive and error-prone, he says, “so I came to graduate school here to address the challenge of rapid prototyping. I wanted to make product development easier for design engineers like myself.” 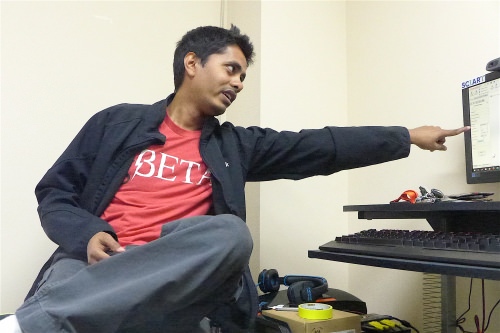 “I came to graduate school here to address the challenge of rapid prototyping. I wanted to make product development easier for design engineers like myself,” says SciArt co-founder Praveen Yadav. Photo: David Tenenbaum

After working on computer design with Suresh, Yadav got his doctorate last December. At SciArt, he is learning a new group of business skills, such as determining what potential customers need. “If this feature is too complex, how can we simplify it?” he says. “Is that feature redundant, so we can eliminate it?”

Now that the code has been used by more than 1,300 beta testers and is compatible with the widely used design tool SolidWorks, Yadav says “the biggest hurdle is getting people to buy the software so we can get more feedback. What is the absolute minimum they need so they are willing to pay for the software? How can this become something they cannot do without?”

Mechanical design problems that have millions of variables can take 20 hours to solve, even on a supercomputer. Suresh says SciArt’s designs can emerge in minutes from a $900 machine, because the calculations are arranged to keep the processor working full tilt.

“The bottleneck is memory usage,” Suresh says. “The rated gigahertz for the processor usually doesn’t matter, because memory, RAM, is the slowpoke. It’s like you were cooking, and each time you wanted to add an ingredient, you would need to get it from the pantry. The cooking itself is quick, but running to the pantry wastes time. It’s the same with processors and memory. We have figured out how to leave the data sitting on the countertop, ready to be cooked.”

As Suresh continues to perfect the code his wife, Vanitha, uses her project management experience to serve as chief operating officer.

In January, the nascent company was chosen for a six-week gBETA coaching program run by gener8tor, a Madison startup accelerator. “One of our core competencies at gBETA is helping highly technical founders become formidable businesspeople,” says Maggie Brickerman, director of gBETA.

Yadav says the course was a “rude awakening” that entailed a shift away from technical concerns, “but it pushed us in the right direction. I had a complete shift of mind from only focusing on writing software to talking to as many people as possible, to see how I can make the software work for them.”

Today’s questions are straightforward, Yadav says. “What is it that would make ParetoWorks worth paying for? If I take the software away, what are you going to miss the most? A good product does not mean anything if you are not committed to solving customer problems.”