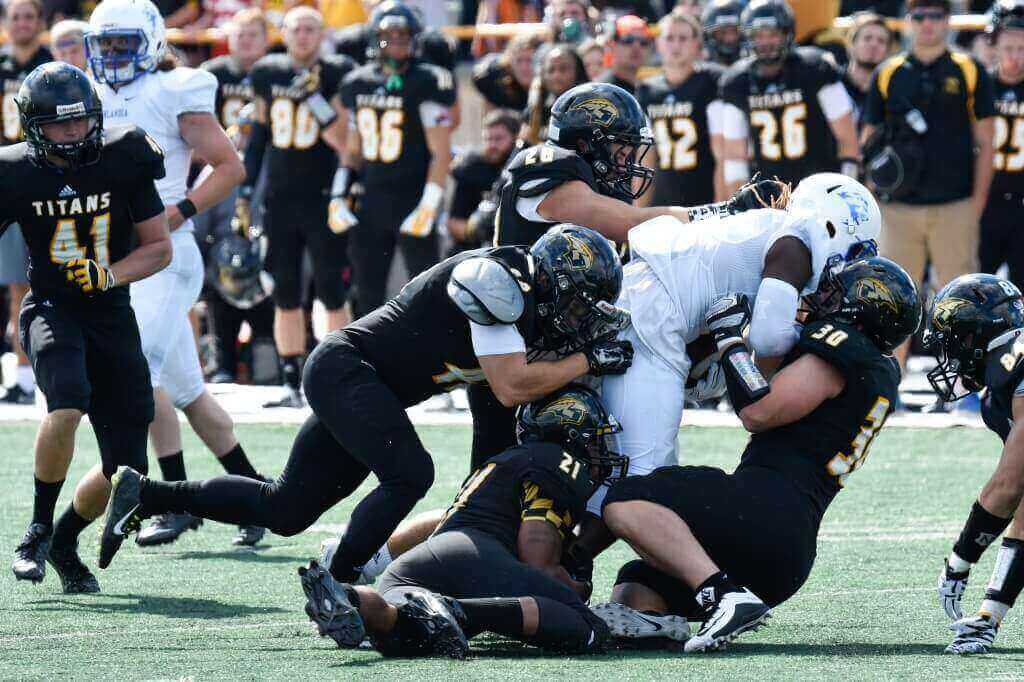 A Madison startup company that is only 14 months old has installed computerized monitors to track weightlifting by the University of Wisconsin-Oshkosh football team. The company that developed and built the monitors, WeightUp Solutions of Madison, was founded by Daniel Litvak, who is now a computer science senior at UW–Madison. 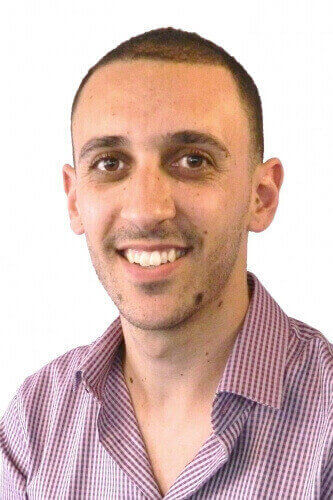 “We are trying to get athletes to understand that we want them to move the bar with as much intent and speed as they can,” says Steve Brown, UW-Oshkosh strength and conditioning coach, who will be testing the WeightUp system through the end of the year. “Not just to lift it, but to lift it fast and straight. This will selectively recruit certain muscle fibers to maximize force production.”

WeightUp embeds a computer chip, a location-finding device, and a Bluetooth transmitter into an elastic band. With one band on each forearm, the device can signal the bands’ location to a nearby tablet computer to show the location, direction and speed of the lifter’s hands.

The result, Litvak says, is a unique weightlifter monitoring system that not only counts reps — acting like a “team snitch” to ensure that athletes meet the coach’s requirements — but also can detect sloppy form that can undermine the strength training benefits of lifting or even cause injury. 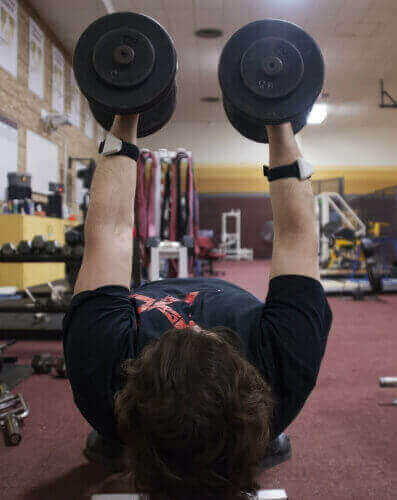 The WeightUp monitoring system not only counts reps — acting like a “team snitch” to ensure that athletes meet the coach’s requirements — but also can detect sloppy form. Photo: WeightUp Solutions

Litvak had the epiphany behind WeightUp while watching lifters record their repetitions on paper. Having co-founded Fetch Rewards, a grocery shopper’s app in 2013, Litvak was flabbergasted. “As an entrepreneur and a computer science major, there was no better word than ‘dumb’ for that,” he says. “I started looking at how you could digitize record-keeping, to get a better picture of what was actually happening, and at the same time encourage proper form.”

In conversations with gym owners, personal trainers and football coaches, Litvak asked about “pain points” in the weight room, using startup lingo for “problems we might solve.”

Automatic rep counters already on the market do little beyond counting and cannot detect how the lifts are changing over the training session, Litvak says. “Unless the lifter says, ‘I was getting tired on the second set,’ you are not going to get that information.”

Form matters in lifting, says longtime lifter Pete Chulick, WeightUp co-founder and electrical and computer engineering grad student who focuses on software. “If you squat with your back hunched, you can throw out your back, and we can detect that,” says Chulick. “We are doing a lot more than just counting reps, and that’s why coaches are excited about this system.” 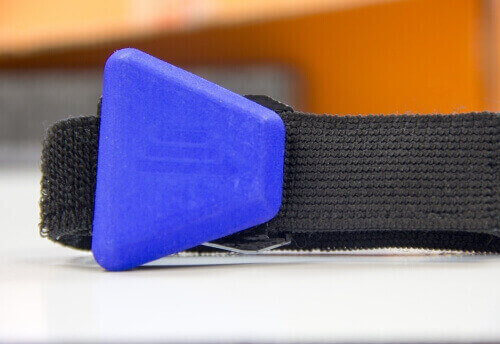 WeightUp embeds a computer chip, a location-finding device, and a Bluetooth transmitter into an elastic band. The device can signal the band’s location to a nearby tablet computer. Photo: WeightUp Solutions

Initially, Litvak considered putting monitoring devices on weight machines, but then shifted to “wearables,” elastic wrist bands containing micro-computers and sensors that “speak” via Bluetooth to an Android tablet. As Litvak worked through successively more presentable designs, he faced a key marketing decision. “We knew we had cool technology, and we had some traction with consumers, gyms, trainers, football teams and medical providers, but we didn’t know who would want it.”

The Oshkosh trial will be focused on the football team, says Brown. “If I’m looking to experiment, the sheer number in the football program allows us to get a good sample size.”

WeightUp’s advantage over the existing system stems from its use on two bands, Brown says. “From an injury-reduction standpoint, you can see if one arm or leg is stronger than the other. That helps us dig a little deeper into how we are training, and enables us to correct deficiencies.” 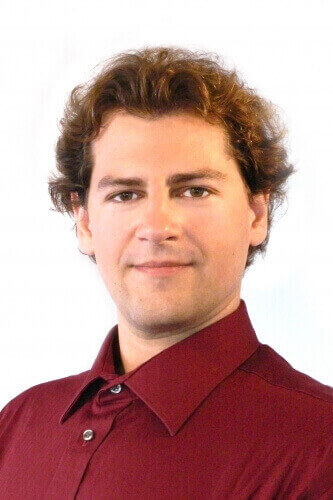 Enabling a coach, or a lifter, to get instant access to records is another benefit of the WeightUp system, Chulick says. “I  have a three-inch binder with all my workouts for the past five years, but I don’t know if the trends are good or bad — can’t see progress. With our system, you can just press a button and see the whole record.”

“WeightUp is a wonderful example of the UW–Madison  entrepreneurial ecosystem coming together to help a gifted team launch a startup,” says Dan Olszewski, director of the Weinert Center for Entrepreneurship on campus. “The team brings together experiences from the Wisconsin Entrepreneurial Bootcamp and other parts of campus, such as the Internet of Things Lab.”

With smart watches offering fitness tracking, WeightUp is racing to market, and it already employs six part-timers from the UW–Madison Computer Sciences Department. In the startup world, as in lifting, speed matters, Litvak says. “We’re not going to do okay. In this business, you either hit a home run, or you go out of business.”