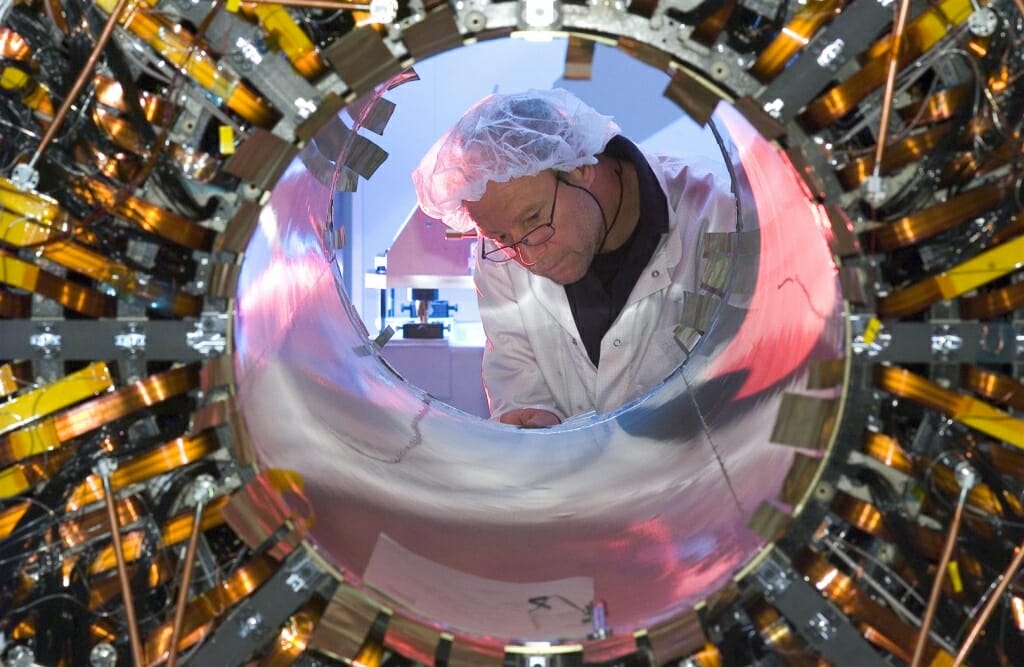 A researcher works on a semiconductor tracker barrel for the ATLAS experiment at the Large Hadron Collider. © CERN

The international particle accelerator collaboration CERN announced Monday, June 4, that two experiments at the Large Hadron Collider discovered a link between the two heaviest known particles: the top quark and the Higgs boson.

University of Wisconsin–Madison physicists are members of the CMS and ATLAS experiments at CERN, which jointly discovered the Higgs boson in 2012. The same two experiments have now seen simultaneous production of both the Higgs boson and the top quark during a rare subatomic process.

This is the first time scientists have measured the Higgs boson’s direct interaction with top quarks. Studying these particles gives clues about the nature of matter and mass in the universe. 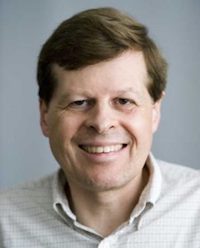 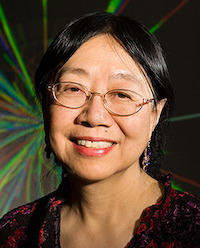 “The members of the CMS collaboration are very pleased to be publishing the first observation of direct coupling of the Higgs boson to the top quark and that the ATLAS experiment also observes this,” says Wesley Smith, a professor of physics and the leader of the Particle Physics Group and the CMS program at UW–Madison.

The CMS findings were published June 4 in Physical Review Letters. ATLAS submitted its work for publication the same day.

“It is exciting to have our research group contribute new analysis techniques employing advanced machine learning and statistics to help produce this very significant result from the ATLAS collaboration,” says UW–Madison Professor of Physics Sau Lan Wu, who leads the Wisconsin ATLAS group.

Studying these particles gives clues about the nature of matter and mass in the universe.

Fundamental particles gain mass through their interaction with the Higgs field, so it would make sense that the top quark — the most massive particle ever discovered — would have a strong coupling with the Higgs boson. But scientists say they need to test every aspect of the theory in order to fully verify it.

Before its discovery, theorists had a good picture of how the Higgs boson was supposed to behave, according to the Standard Model of particle physics. Now that physicists can nimbly produce and study Higgs bosons, the next step is to scrutinize these predictions and see if they hold water. A big question has been whether the Higgs boson can interact with quarks and, if so, what this relationship might look like. 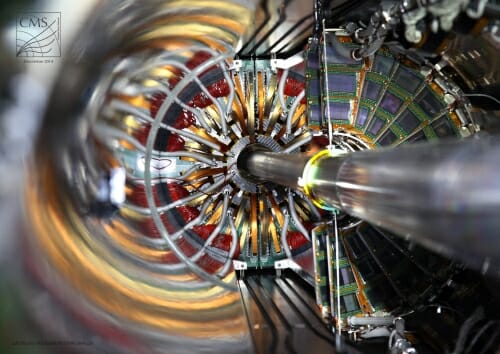 A pixel detector used in the CMS experiment at the Large Hadron Collider. © CERN

Even though scientists suspected that the Higgs boson interacts more strongly with the massive top quark than any other, all evidence until recently has been below the threshold required to claim a discovery. The new results show definitively that the Higgs boson communicates with the top quark as predicted and opens up a new door to explore these interactions further.

The interaction between the Higgs boson and the top quark was confirmed by identifying the two particles coming out of the same collision between two protons. It is a rare event — occurring in only one percent of certain particle collisions — making it challenging to track, says Wu.

UW–Madison researchers contributed extensively to data analysis as well as equipment design and computational resources. The CMS collaboration is made up of over 4,000 scientists and ATLAS comprises some 3,000.

Further studies will continue to explore the behavior of the Higgs boson and how it fits into the universal mosaic of matter.

This work was funded in part by the National Science Foundation and the Department of Energy.