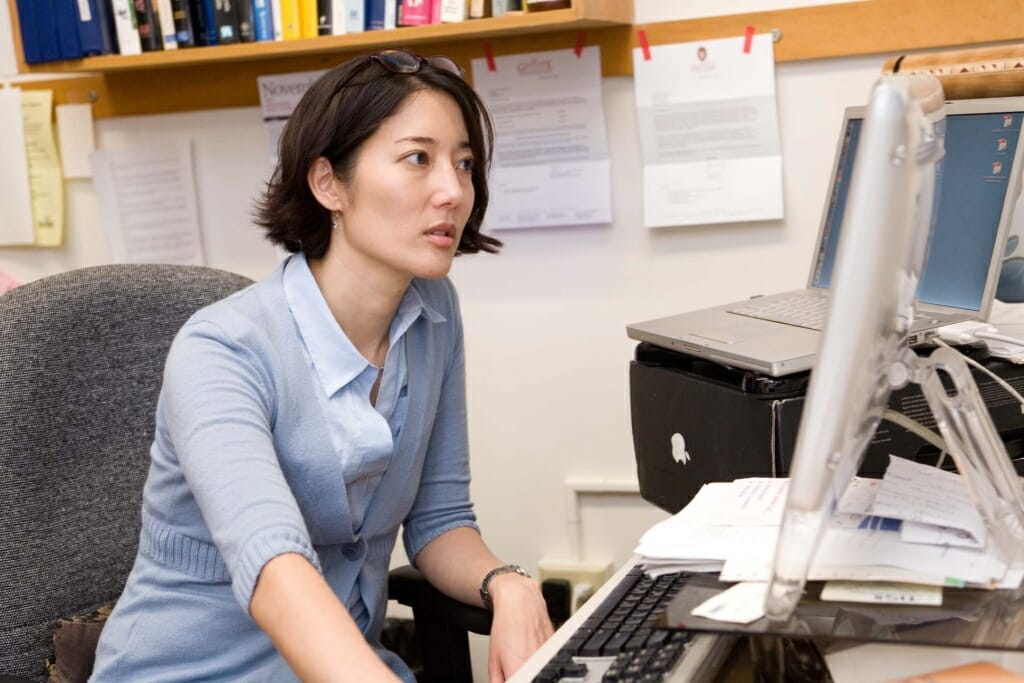 Carol Lee, professor in the Department of Integrative Biology, has just been awarded a grant from the French government to investigate the ability of plankton to evolve and adapt to a changing climate. UW-Madison

Plankton, says the University of Wisconsin–Madison’s Carol E. Lee, are cows of the sea. These tiny marine organisms eat algae and in turn, fish eat the plankton. If plankton become victims of climate change, which is altering the temperature and salinity of the waters in which they live, fisheries around the world may collapse.

Lee, professor in the Department of Integrative Biology, has just been awarded a grant from the French government to investigate the ability of plankton to evolve and adapt to a changing climate. In an announcement made today [March 14, 2019], hers is one of 12 projects worldwide to receive funding in a third phase of French President Emmanuel Macron’s Make Our Planet Great Again initiative. 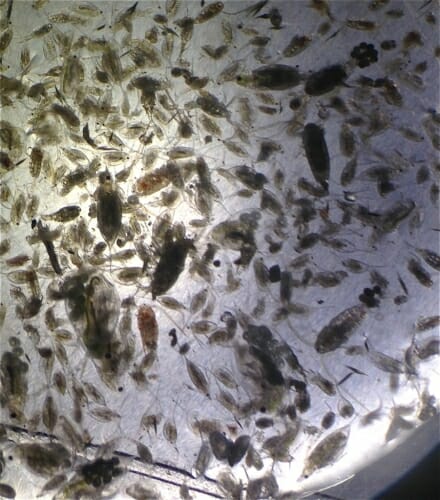 Plankton like these, called Daphnia pulicaria, are an important part of aquatic ecosystems because they eat algae and in turn serve as food sources for fish. Many here appear to be carrying eggs. Photo by Adam Hinterthuer

“The funding and this project are important because people have not been focusing enough on the basis of the food web in lakes and oceans,” says Lee. “Fisheries around the world are collapsing and the base (grazers) in the food webs are critical to keep the fisheries alive … As scientists, we need to know where to target our efforts, to learn which habitats are at risk.”

Plankton, which include the copepods and Daphnia that help keep toxic algae blooms at bay in Wisconsin lakes, are a diverse group of animals found in water bodies around the world. How warm and how salty these waters are can affect planktons’ ability to survive.

Climate change is influencing both. For instance, melting ice in a warming Arctic has led to enormous volumes of fresh water entering the oceans, reducing their salinity.  These reductions are happening in ocean bodies throughout the globe, including the North Atlantic and especially around Greenland.

Lee wants to know whether the plankton can evolve, how fast they can evolve, and what may limit their ability to evolve so we can grapple with the resulting impacts on fish and the ecosystem as a whole.

“The Baltic Sea supports herring and cod, which are important fisheries,” she says. “Cod populations have declined by 30 percent, mostly due to changes in salinity. The Baltic Sea might become completely freshwater in the near future.”

With collaborators at the University of Montpellier in southeastern France, the research team will study the rapid evolution of plankton in the Baltic and Mediterranean Seas. A graduate student in Lee’s lab will travel to France to collect wild plankton from both bodies of water and the team will conduct studies to investigate the organisms’ rapid evolutionary genetic and physiological responses. 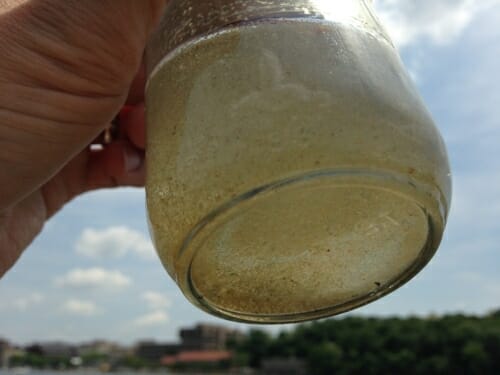 A jar full of zooplankton pulled from Lake Mendota. Many of them are the big, algae grazing Daphnia pulicaria, a species crucial to early spring water clarity in places like Wisconsin. Plankton are also important food sources for fish and their disappearance can lead to fishery collapse. Photo by Adam Hinterthuer

“We have no idea to what extent they can survive in a changing climate,” Lee says. “They will either evolve or go extinct.”

Lee is impressed by the French government’s commitment to climate change research. Hers was selected from among 85 applications for funding. Of the 12 ultimately chosen, just three in this phase of awards are from research teams in the United States, and the remainder are in Europe and Asia.

According to a statement from the French Ministry of Higher Education, Research and Innovation and the French Secretary General for Investment, which are issuing the awards, other funded projects are focused on the variability and intensity of hot weather periods, solar energy and electricity storage, and more.

“I am delighted with the very high quality and diversity of the projects selected since the launch of this initiative by the President of the Republic,” says Frédérique Vidal, Minister of Higher Education, Research and Innovation in that statement. “The response to the climate crisis is being built in the research labs and by attracting the best researchers from all over the world as France stands amongst the world leaders.”

For Lee, the funding is a great honor: “Climate change should not be a political issue. I think this work really has to be done.”