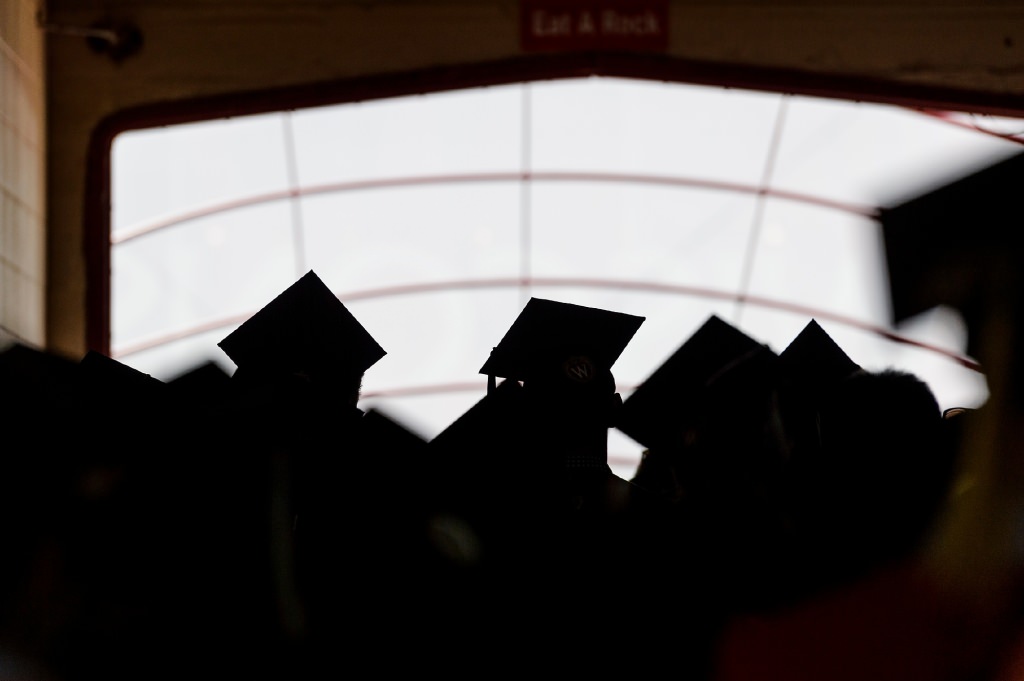 UW-Madison is being honored for increasing its graduation rates. Photo: Jeff Miller

The University of Wisconsin–Madison is one of four finalists for a national award that recognizes institutions making critical strides in increasing their number of graduates, improving their graduation rates, and shortening the time to a degree.

The annual Degree Completion Award, presented by the Association of Public and Land-grant Universities (APLU), recognizes institutions that employ innovative approaches to improve degree completion while ensuring educational quality. The winner of the 2020 Degree Completion Award will be announced at the APLU Annual Meeting Nov. 9-11, which will be held virtually.

“This is a tremendous honor, one shared by the entire campus community, including our highly motivated and hard-working students,” says Chancellor Rebecca Blank. “The honor reflects years of concerted effort to not just boost our completion rates but to do so while increasing access to the state’s flagship university and ensuring that a college degree remains affordable, especially for our Wisconsin families.”

UW–Madison has implemented a host of reforms to boost student success, as reflected in its APLU application. In 2014, Chancellor Blank charged the university’s degree completion working group with shortening time to degree, increasing the graduation rate, and closing equity gaps.

Informed by evidence from the literature, student feedback, and institutional analysis, UW–Madison worked to: improve academic and career advising; implement enhanced communication about completing a degree in four years; address policy barriers to student success; increase financial aid; and improve instruction through the introduction of active learning approaches and changes to courses with high rates of students earning D’s or F’s or dropping the class altogether.

Average undergraduate time to degree decreased to less than four calendar years for the first time in 2019 and continued to shorten in 2020. Since 2010, the six-year graduation rate has risen from 84 percent to 88.5 percent, putting UW–Madison among the top 10 public universities. The four-year graduation rate, meanwhile, has increased from 54 percent to 71.2 percent.

UW–Madison recently released its latest graduation and retention rates, which showed that gains have been particularly pronounced among students of color and Pell grant recipients, with the four-year rate climbing 25 and 27 percentage points, respectively.

“Our success derives from strong leadership and prioritization by Chancellor Blank and a multi-year focus on changes in the academic environment at scale across the university,” says Vice Provost of Academic Affairs Jocelyn Milner, author of the award application and current chair of the degree completion work group. “The five strategies highlighted in our application are approaches that are integrated into our academic enterprise and will be sustained as routine and ongoing practice.”

The Degree Completion Award is one part of APLU’s robust work to advance college access, equity, and completion. The award complements the association’s Powered by Publics effort, which convenes 130 APLU member institutions collaborating within 16 transformation clusters working to solve different pieces of the student success puzzle. Collectively, the schools aim to increase college access, eliminate the achievement gap, and award hundreds of thousands more degrees by 2025.