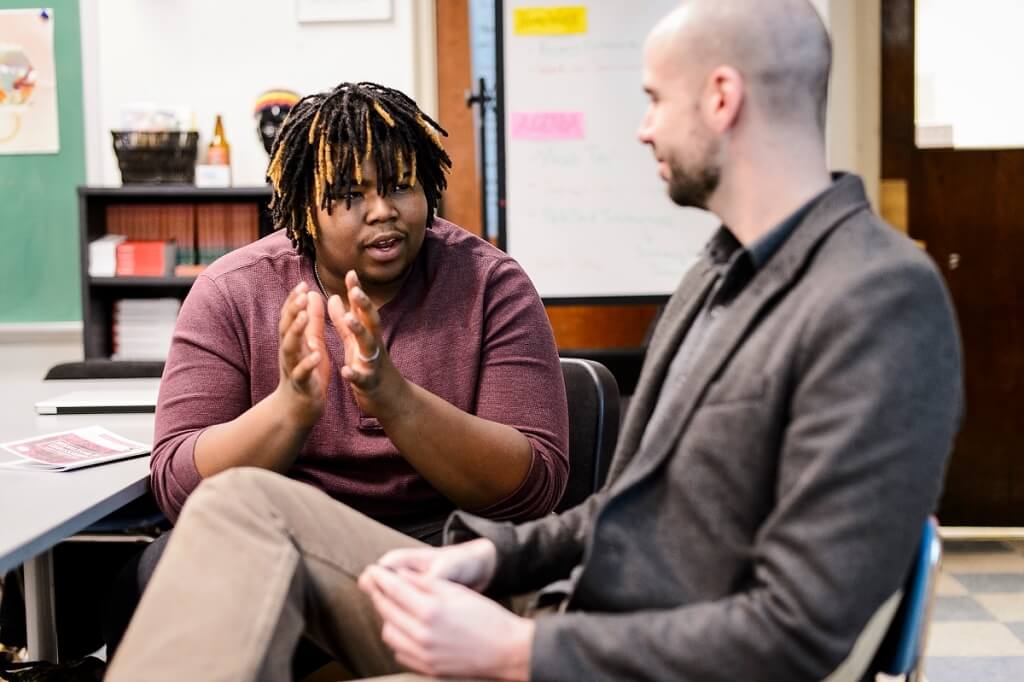 In a charter school classroom north of Milwaukee, Antonio Hardin says he is thinking about making a film with his classmates about a book they’ve been reading.

It’s not your typical high school required reading. “Journey to the West” (also known as “Monkey”) by Wu Cheng’en is a 16th century folk novel and one of the pillars of Chinese literature.

Hardin, a junior, wants to interview his classmates about what stuck with him as he read the book. There are a lot of possibilities: The book laughs at those holding power. The character Monkey is a subversive trickster, full of pride and arrogance.

Hardin zeroes in on a question he thinks his peers will wrestle with and have a lot to debate. He points to a chapter in which Monkey fights a dragon after it eats his horse. The two battle and eventually, the dragon is turned into a horse.

“One of the key ideas is the effect violence has,” Hardin says. “Anytime there’s the presence of violence, there’s a reaction. It always brings about change. Violence brings transformation throughout the book. I’d like to see what everyone says about that.” 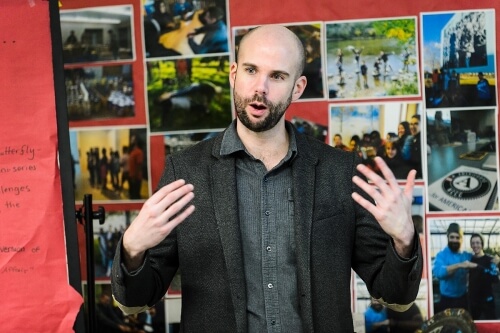 “There’s no two of you who read the book in exactly the same way,” Herrero-Puertas tells the students. “Hence, the importance of having a conversation on the difficult questions raised by this book, questions of violence, authority and identity.” Photo: Jeff Miller

That’s exactly the kind of deep understanding UW–Madison’s Great World Texts program hopes students will gain. Through the program, students spend the school year studying a work of literature and then come together on campus in the spring to share their experience through projects they create and present.

Hardin’s charter school, New Horizons for Learning, serves at-risk youth in the Shorewood school district. Elsewhere, the program is taught this year by about 60 teachers at 22 high schools of all types around the state — large and small, rural and urban, public and private. The program is open to expand to classrooms where teachers apply.

“There’s no two of you who read the book in exactly the same way,” Great Texts program coordinator Manuel Herrero-Puertas tells the students at New Horizons. “Hence, the importance of having a conversation on the difficult questions raised by this book, questions of violence, authority and identity.”

The projects that the students develop range as far as their imaginations. The goal is to engage with the book. Whether the project is a painting, a performance or a film, students are expected to explain how it ties to the text and its big questions. When they come together on campus, every student will share their work in front of their peers. About 500 to 600 students from around the state are expected to attend the conference this year.

Herrero-Puertas says Great World Texts demystifies the world of academia. The students become familiar not only with how to read a text closely, but how to present their ideas and discuss the ideas of their peers. 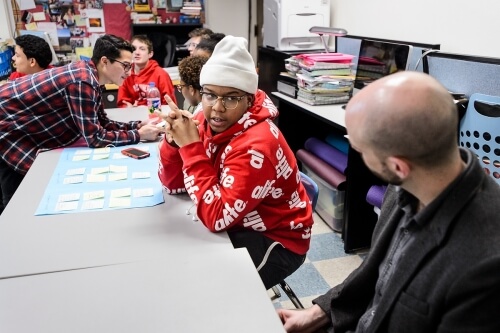 Student Antonio Hardin says he is thinking about making a film with his classmates about a book they’ve been reading. Photo: Jeff Miller

Now in its 11th year, the Great World Texts program, sponsored by the Center for the Humanities at UW–Madison, had more than 50 Wisconsin high school teachers participate last year. Students read the autobiography “Confessions” by Jean-Jacques Rousseau.

Their projects explored a wide variety of themes and mediums. At Bonduel High School near Green Bay, JaKen Spreeman created a sculpture of the tree Rousseau planted in his youth. Made of plasma-cut metal, Spreeman said that “the tree symbolizes the life of Rousseau: One side is vibrant and lush to express the fruitfulness of how Rousseau’s life became, and the other side of the tree is dead, showing the hardships and torments he endured.”

At Madison East High School, Rosie Rodriguez developed a gossip column called “The Amour Account” to explore Rousseau’s adventures in a modern setting. At Necedah High School, students Gary Deven Felber and Vanessa Zipperer teamed to create a sculpture out of the books Rousseau read as a child, to illustrate how they affected him and how literature helped him through difficulties in his life.

The Annual Student Conference to present this year’s projects is scheduled for 8:30 a.m. to 3:30 p.m. April 20 at Union South’s Varsity Hall. 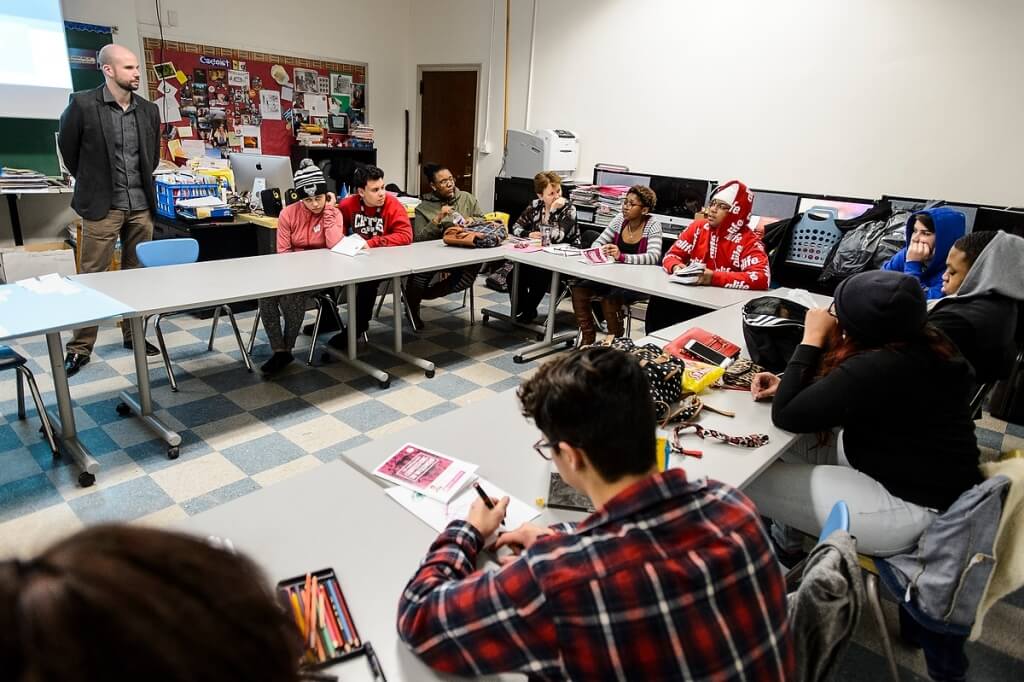 The Great World Texts program is being taught this year by about 60 teachers at 22 high schools of all types around the state — large and small, rural and urban, public and private. Photo: Jeff Miller

New Horizons English teacher Renee Glembin calls the spring conference “the glorious icing on the cake” after the students have personally connected with the text.

“They see themselves in such esteemed company, meeting professors, grad students, world-renowned authors, and engaging with all of them — discussing their projects and their views on a great world text, and being listened to as if they were the experts!” she says.

“Thus, the program expands their worlds in so many ways. Not only does this process and final project and event expand their knowledge of classic literature, other cultures and all of those complex layers, the Great World Texts program expands students’ knowledge of their own state and most importantly, of their own capabilities and of the possibilities that await them.”