MADISON — Plenty of things have changed since Byron E. Shafer attended his first political party conventions in 1980. But one thing hasn’t. 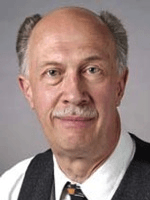 Shafer is from Pennsylvania and taught at Oxford University before coming to UW–Madison. He’s written numerous books on politics, including “The American Political Landscape” and “Bifurcated Politics: Evolution and Reform in the National Party Convention.”

At his first conventions in 1980, Shafer saw Ronald Reagan accept the nomination from the Republican Party and Jimmy Carter for the Democratic Party.

“People at the Republican convention had a real sense that there was a change in direction,” Shafer says. “Some years, like when Reagan and Obama were re-elected, it’s more like a pep rally for each of their parties. But this year is a different story. Both parties have lots of issues to sort out.”

The conventions are the candidates’ first chance to send their messages unmediated, with coverage largely focused on one party and one candidate at a time, Shafer says.

“You’re not going to have the evening anchor saying ‘Donald Trump was in Iowa today and he argued this and so-and-so argued that’,” Shafer says. “He gets to argue what he argues and they’ll cover it. Hillary Clinton finally gets to say what she’d like looking toward to the fall campaign and not looking back at Bernie Sanders. She can now target the nominee of the Republican Party.”

Conventions are tightly scripted, Shafer says, but the themes for both parties are evolving.

“Trump is such a work in progress. You know some of themes that he’s been concerned about. You know in some places he’s running different themes than the orthodox Republican party,” Shafer says. “Maybe he’ll want to tone those down or use it as an opportunity to ramp them up and say ‘This is why you like me. I’m your guy.’”

And the tone for Clinton is also evolving, especially with Sanders’ recent endorsement.

“She may need to work back to center – how much will she have to do? Maybe she won’t have to do anything but look sensible,” Shafer says. “She’s not someone who hasn’t thought about that.”

One of the parts Shafer likes best about attending the conventions is talking to people from both parties.

“You don’t get many chances to see a national party in this country,” Shafer says. “You get to see the active party live and in person. For me, that’s really interesting.”

Experts from the Elections Research Center at the University of Wisconsin–Madison are available at https://elections.wisc.edu.

CONTACT: Experts from the Elections Research Center at the University of Wisconsin-Madison are listed at https://elections.wisc.edu