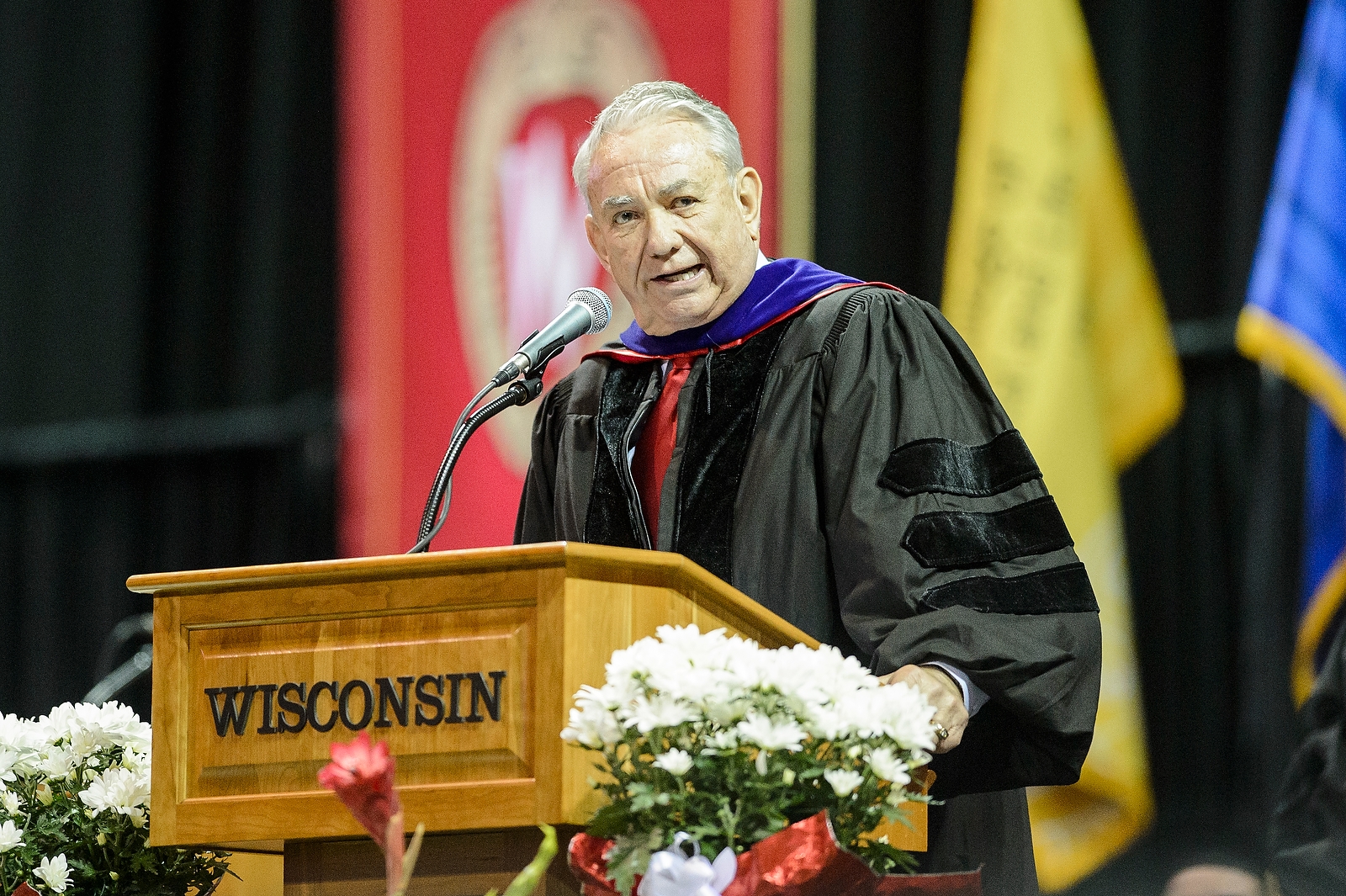 As governor, Tommy Thompson drew on university research to inform public policy and was a strong supporter of his alma mater, UW–Madison. He addressed graduates in May 2016 at the Kohl Center. Photo: Bryce Richter

A new center named for Wisconsin’s longest-serving governor and dedicated to the study of public leadership is proposed to be housed jointly at the University of Wisconsin–Madison’s La Follette School of Public Affairs and Department of Political Science.

“Gov. Thompson is a distinguished alumnus who has been a constant supporter of the university,” Blank said in a statement. “He has helped build our capacity in world-changing areas such as biotechnology. Now through this center, his legacy will help forge closer ties between our researchers and state policy-makers in ways that benefit the people of Wisconsin and beyond. We are grateful for the state’s investment in and support of this work. “

“Gov. Thompson’s rich legacy deserves such recognition. He is a policy iconoclast who values quality research and analysis from across the political spectrum and has been a tireless champion of UW–Madison, his alma mater,” La Follette School Director Donald Moynihan said in a statement. “[H]e is a proven and inspiring leader at a time when we need such qualities in public service. These aspects of his character will define the proposed center.”

The director of the Thompson Center will be a faculty member jointly recommended by the UW–Madison chancellor and the dean of the College of Letters & Science and approved by the center’s public leadership board. The center will draw faculty from the La Follette School, the Department of Political Science, and other units on campus.

The center will receive $1.5 million from the state annually, with $500,000 of that funding each year targeted to bringing speakers to campuses across the UW System. Private funding is also being sought.