Michael Lehman, a special advisor to the chancellor overseeing a comprehensive review of campus information technology (IT) governance, has been named interim chief information officer at the University of Wisconsin–Madison. 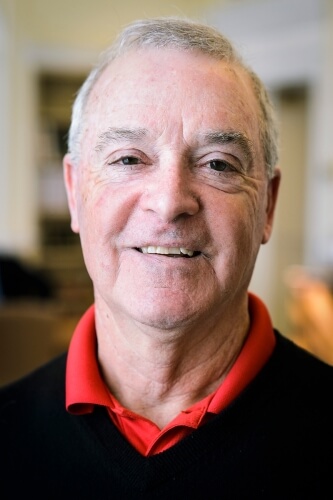 Lehman will assume the role immediately after current CIO Bruce Maas retires April 30. He will also continue leading the review, including the IT funding model, budget and services in his current role as special advisor.

Lehman most recently served as interim vice chancellor for finance and administration until Laurent Heller was hired in August 2016. Before that, he was the first chief financial officer of both Palo Alto Networks and Arista Networks, and oversaw their preparation to become public companies. Earlier in his career, he was executive vice president and chief financial officer of Sun Microsystems.

“Michael brings broad leadership and management experience from the technology industry,” says Chancellor Rebecca Blank. “His knowledge of campus operations and his technical expertise will allow him to improve our ability to deliver the technology and services needed to serve faculty, staff and students.”

As interim CIO, Lehman will supervise DoIT’s chief operating officer, chief information security officer, chief data officer and other members of the Office of the CIO. Lehman is also leading the IT Steering Committee as it oversees changes in the process for campus IT governance. The new structure and process includes broad campus representation to review and recommend technology for teaching and learning, research, infrastructure and divisional priorities, as well as assess the current breadth of IT services being provided across campus.

A graduate of the Wisconsin School of Business, Lehman is a member of the UW Foundation’s Van Hise Society of supporters and was on the UW Foundation and Alumni Association board for more than a dozen years. He is a board member of Milwaukee-based MGIC, and MapR Technologies, a privately held software company in San Jose, California.

“I want to thank Bruce for his many years of service to the UW–Madison and UW System campuses,” says Provost Sarah Mangelsdorf. “Bruce’s commitment to develop and connect academic and research IT leaders has helped move the entire IT enterprise forward.”

A national search for a permanent CIO will begin later in 2017.