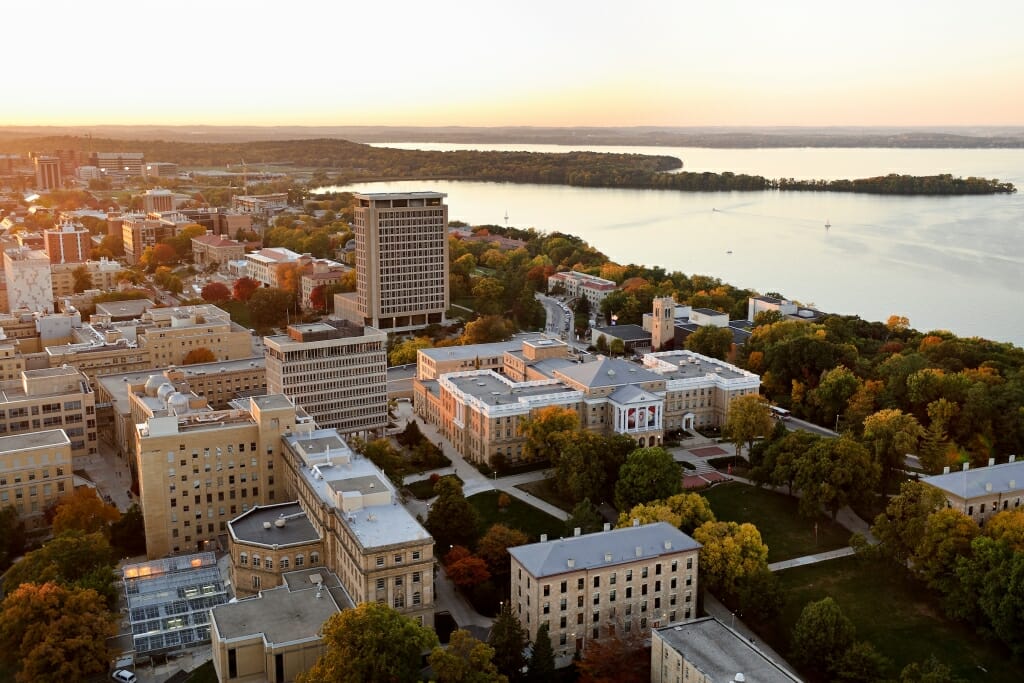 Bascom Hall is pictured in an aerial view of the University of Wisconsin–Madison campus. Photo: Jeff Miller

UW-Madison graduate programs are once again ranked among the nation’s best in the 2020 edition of U.S. News & World Report’s “Best Graduate Schools.”

“Our graduate programs provide students the opportunity to learn from and be mentored by world-class faculty who encourage curiosity and creativity,” says William Karpus, dean of UW–Madison’s Graduate School. “I am proud of the faculty and staff who work hard to prepare our students for careers in their chosen fields as well as inspire them to continue learning by asking the most important questions.”

U.S. News does not rank all programs each year. View last year’s rankings.

“It is an honor to again be recognized as one of the finest schools of education by U.S. News and World Report,” says Dean Diana Hess. “While these rankings are but one measure, they are special because they recognize the collective contributions of our many talented and dedicated faculty and staff. The depth of our highly regarded programs is a great strength of ours.”

Several other UW–Madison programs were also recognized for their performance:

Nursing: 24th for schools with a doctor of nursing practice (four-way tie).