It has been a challenging year for Wisconsin’s top research university, and the ability of the university to keep pace with the nation’s elite research institutions has been affected as the University of Wisconsin–Madison saw its ranking for research activity drop from fourth to sixth.

Data released Nov. 17, 2016, by the National Science Foundation (NSF) show the university remains a research powerhouse with just under $1.1 billion in annual expenditures for research across all fields.

“This is a highly competitive environment,” says UW–Madison Vice Chancellor for Research and Graduate Education Marsha Mailick, the university’s top research officer. “The numbers show that our faculty and staff are highly successful, although continued disinvestment by the state is having an impact on our ability to compete.” 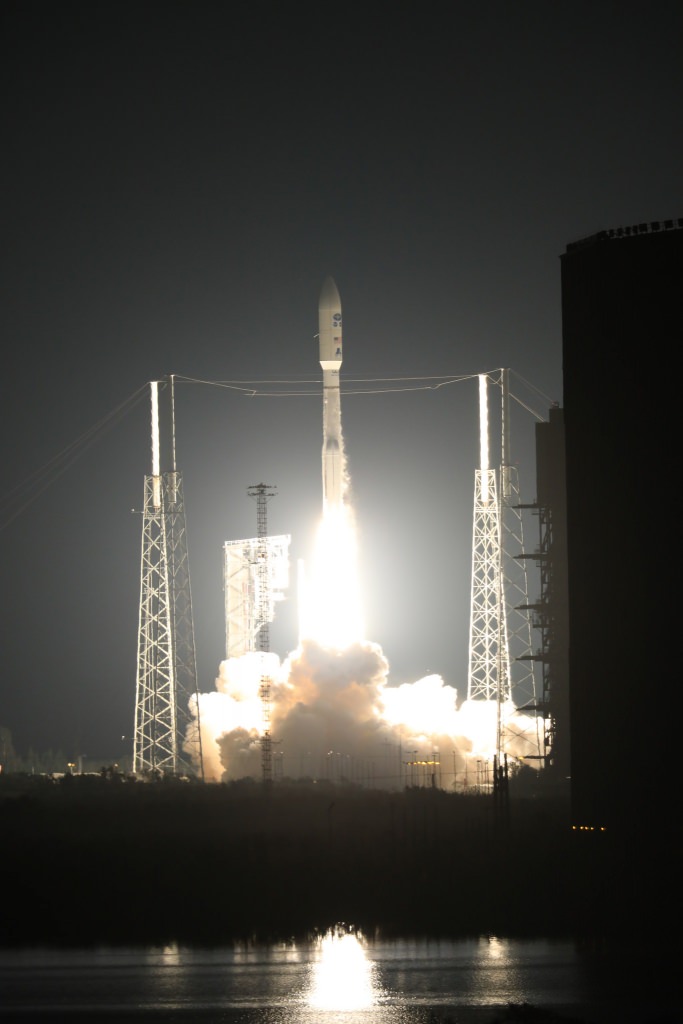 GOES-R, the first in the next generation of geostationary weather satellites from the National Oceanic and Atmospheric Administration NOAA, successfully lifted off from Cape Canaveral, Florida, on Nov. 19. UW–Madison’s Space Science and Engineering Center (SSEC) played an instrumental role in making the technology possible. Photo: NOAA

UW-Madison has worked aggressively and, for the most part, successfully to retain faculty in the face of steep state budget cuts. However, the effort to keep top faculty has become more difficult as other states increase their contributions to public higher education and expand their faculty.

“We are extremely proud of our faculty, staff and students but if Wisconsin is to remain at the pinnacle of American research universities, the state will need to reinvest to be sure we have the faculty positions and conditions necessary to attract and retain the best researchers,” says Mailick.

On Monday, Governor Scott Walker tweeted that he planned to make an additional investment in the UW System in his upcoming budget proposal.

UW-Madison has upped its research game in the past few years, rolling out new programs such as UW2020 to help seed the university’s research portfolio. UW2020, for example, is funded by the Wisconsin Alumni Research Foundation (WARF) and is aimed at supporting ambitious early-stage research and providing new investment for research infrastructure.

The HERD survey is the primary source of information on research and development expenditures at American universities and colleges. Tabulating expenditures is the best available measure of academic research activity.

Funding for academic research comes from federal, state and local government; industry; nonprofit organizations; and foundations that act in support of universities. By far, the federal government is the largest source of research support, and in 2015 federal awards totaled nearly $38 billion across all research and development fields nationally. For the year, UW–Madison expended more than $533 million in federal awards, and now ranks 14th, down from 12th, in federal research award expenditures.

The two most significant private contributors of research support to UW–Madison are WARF and the UW Foundation.

Research dollars attracted to Wisconsin pay for salaries, services, supplies and equipment to support research, serving as an important statewide economic driver. Money from UW–Madison research grants is spent in every one of Wisconsin’s 72 counties. According to the National Academy of Inventors and the Intellectual Property Owners Association, UW–Madison — through the Wisconsin Alumni Research Foundation — ranked seventh among universities worldwide in 2015 with 161 new patents. Nearly 25,000 jobs supported through 362 startup companies can be fairly attributed to UW–Madison programs of research, according to NorthStar Economics, contributing $2.3 billion annually to Wisconsin’s economy.

EDITOR’S NOTE:  Vice Chancellor Mailick is traveling with previous engagements and has limited availability. Please contact Natasha Kassulke, (608) 219-8042, or by email at natasha.kassulke@wisc.edu, to coordinate requests for additional information or an interview.