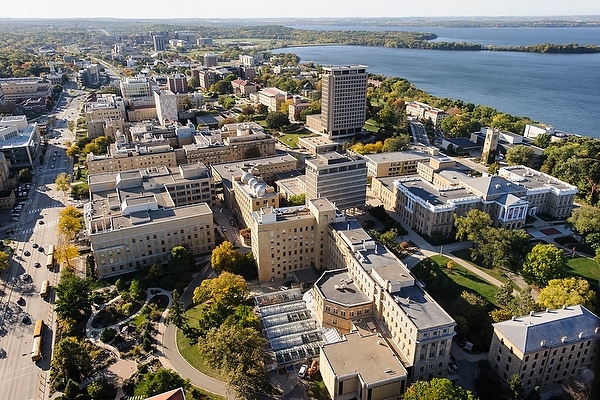 The University of Wisconsin–Madison, whose campus is pictured, is 29th among global universities in U.S. News & World Report‘s latest college rankings.

The third annual rankings evaluate the top 1,000 research universities — up from 750 last year — spread across 65 countries. The new edition includes country, regional and subject-specific rankings, including in engineering, computer science, and economics and business.

U.S. News & World Report says that the rankings provide insight into how universities compare globally because an increasing number of students plan to enroll in universities outside of their own country

In the subject-specific rankings, UW–Madison ranked eighth in microbiology, 16th in mathematics, 17th in environment/ecology, 17th in plant and animal science, 18th in geosciences, 19th in agricultural sciences, 20th in arts and humanities, 22nd in physics, 22nd in biology and biochemistry, 23rd in social sciences and public health, 29th in chemistry, 40th in psychiatry/psychology, tied for 52nd in economics and business, 54th in space science, 59th in neuroscience and behavior, 61st in pharmacology and toxicology, 70th in computer science, 72nd in immunology, 84th in molecular biology and genetics, tied for 85th in materials science, tied for 85th in clinical medicine and tied for 94th in engineering.