Lorna Jorgenson Wendt, a University of Wisconsin–Madison alumna and vocal advocate for women’s financial equality, died Feb. 4, 2016. She gained national fame in 1996 as a pioneer in the quest for equality before, during and after marriage.

Jorgenson Wendt was a 1965 graduate of UW–Madison’s School of Music and College of Letters & Science. 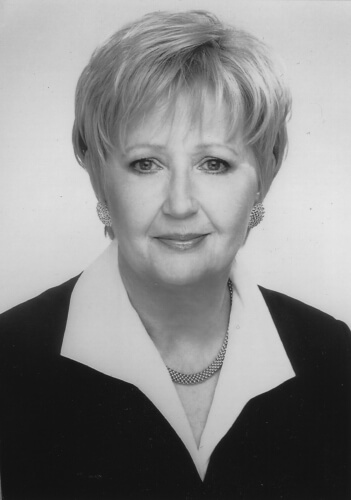 For 32 years, Jorgenson Wendt was a fulltime wife, mother, manager of her home, and corporate spouse. When her husband, Gary Wendt, former CEO of General Electric Capital, took steps to end their marriage, he offered Jorgenson Wendt approximately 10 percent of their assets. She fought back, defending her role as an equal partner in their long-term relationship and seeking a greater share of their wealth.

Her willingness to go public with a very private matter started a national discussion on fairness and equality in marriage and divorce. Her many media appearances included the cover of Fortune magazine and the Oprah Winfrey television show. She received thousands of phone calls and letters from people admiring both her stance and the self-esteem it took to rise above the negative emotional aspects of divorce and manage her process with knowledge and dignity.

After the divorce, Jorgenson Wendt dedicated herself to helping others understand and obtain equality before, during and after marriage. In 1998 she founded the nonprofit Equality in Marriage Institute, which helped hundreds of thousands of men and women across the country better manage their marriages, their transitions and their lives. As a premier source of information and support, the institute was a leader in promoting discussion on issues related to marriage and divorce in the United States and beyond. Its voice and impact resonated in the culture.

In 2016, the institute evolved into the Money, Relationships and Equality Initiative (MORE) at UW–Madison, where it is housed in the School of Human Ecology and is part the 4W Initiative — Women, Well-being, Wisconsin, and World. Jorgenson Wendt gave the lead gift to launch MORE and its new website and established the Lorna Jorgenson Wendt Legacy Fund at UW–Madison to carry on her work.

MORE provides research, teaching and outreach to establish equality for women and men in relationships, family life and financial decision making, while embracing central questions of self-worth, purpose, and meaning-seeking throughout life.

“Full equality for women cannot be accomplished without education for both men and women on how to improve communication about finances, division of labor and issues of equality at all stages of relationships,” says Christine Whelan, director of MORE.

Until her death, Jorgenson Wendt continued to inspire others through media appearances and speaking engagements across the country. She was a permanent part of the partnership landscape, her story captured in numerous books on marriage and divorce.

In 2001, Worth magazine named her one of the top 10 most influential people on the way Americans view money. Her case was also featured in a Harvard Law School series from Professor Joni Hersch.

Jorgenson Wendt’s commitment to women’s financial equality led to her two-decade advocacy for equality in decisions about philanthropy in households.

“She persevered with her legal challenge to her divorce settlement because of a sense of justice and desire to impact the world with her philanthropy,” says Martha Taylor, a vice president of the University of Wisconsin Foundation and co-founder of the Women’s Philanthropy Institute.

“At the time of her divorce, she became emboldened on the financial power of women as philanthropists,” says Taylor. “She became the founding benefactor and board member of the then-new organization, the Women’s Philanthropy Institute. With the institute leaders, she spoke widely around the country about philanthropy strategies and impact. She advised women about how to be an effective giver and participated in the development of curriculum around women’s philanthropy.”

Jorgenson Wendt’s efforts in the public eye have also shed light on her lifelong commitment to many other civic and nonprofit organizations.

In addition to her work with MORE, Jorgenson Wendt was a longtime member of the University of Wisconsin’s Women’s Philanthropy Council and served on the boards of visitors for the UW School of Music and College of Letters & Science. The Lorna Jorgenson Wendt Fellowship Fund continues to fund graduate students in UW Choral Program.

She was also the vice chair of the Outward Bound International Board, an honorary trustee of the Stamford Symphony Orchestra and funded youth music education programs in the Stamford, Connecticut, area. With all her philanthropy commitments and family life, Jorgenson Wendt continued to sing with the Greenwich Choral Society. She encouraged all — especially women — to find their voice.