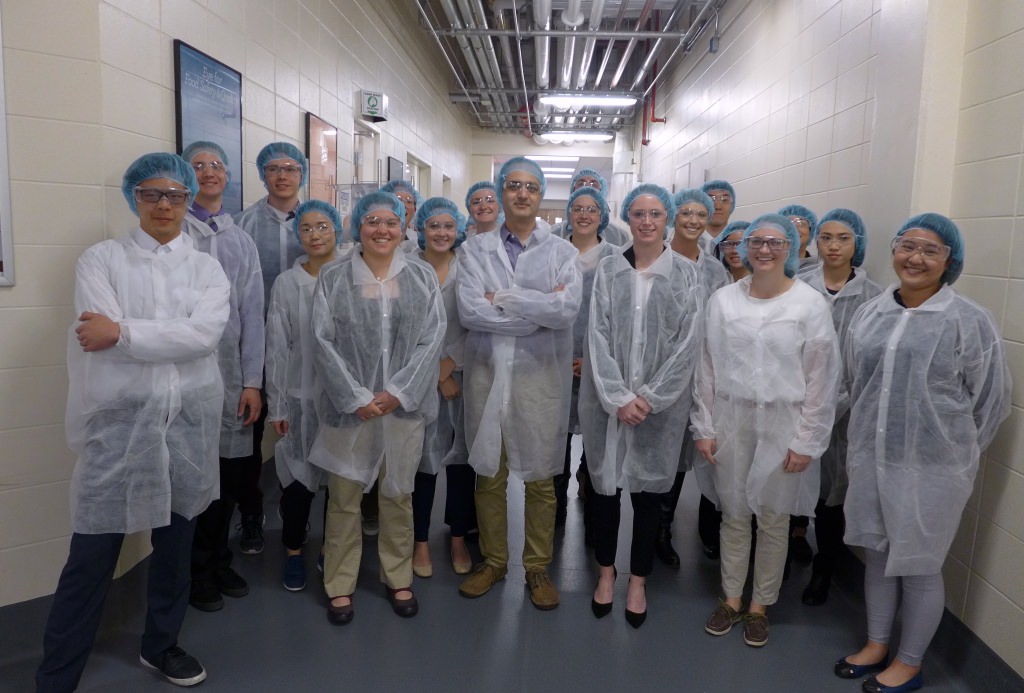 The UW–Madison undergrads who visited Kerry on April 28 toured the large research and development center in Beloit. How, they asked should they make their resumes stand out at Kerry? David Tenenbaum

BELOIT, Wisconsin — An Irish-based food company with a North American headquarters in Beloit highlights the key role of food science in the Wisconsin economy, and the broad contributions of UW–Madison expertise to Wisconsin’s giant agriculture and food industries.

Food science covers the entire process of transforming agricultural crops into ingredients and then finished food products. Think wheat to flour to bagels — an example that oversimplifies the countless complications that occupy as many as 190 scientists in dozens of labs, test kitchens and pilot plants at Kerry Inc.’s U.S. Research and Development center in Beloit, which was built in 2009 and expanded in 2011.

Since it was founded in County Kerry, Ireland in 1972, Kerry has grown, mainly by acquiring other companies, to a powerhouse with 24,000 employees on six continents. Kerry, which calls itself “the taste and nutrition company,” maintains R & D centers in Ireland and Singapore, sells in 140 countries, and operates six production facilities in the Badger State. 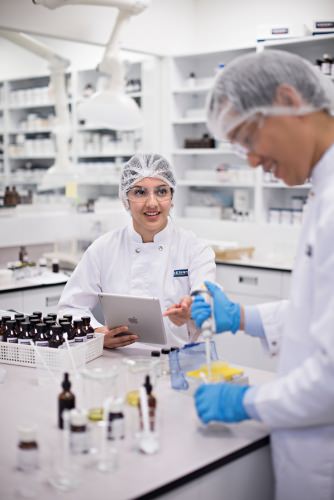 Kerry’s customers typically have complex requirements for ingredients, such as a baking mix for a gluten-free, cinnamon-raisin bagel that would freeze well yet have a reduced ingredient list to satisfy the emerging demand for “clean label food.”

To meet exact specifications, Kerry is hungry for the best UW–Madison graduates, says Jack Maegli, a company veteran and a UW grad himself who leads evaluation of new products and processes. To that end, Kerry maintains close ties to the university.

“Some of us serve as guest lecturers at UW–Madison, and we hire interns,” Maegli says. “Our goal is to see the good candidates before they are hired by the competition. The sooner we can get our eyes on them, the better.”

All of this explains an April visit to the facility by about 20 UW–Madison students from food science, chemistry and microbiology, the latest in a series of student immersions at Kerry.

The interest is clearly mutual, as the students seek suggestions for making their resumes stand out in the pile.

Internships are a good start, says Maegli. “For the student, it’s a chance to get the industry experience you need to get hired. And it helps us develop a working relationship with students who make the top candidates.”

The tour of labs, pilot plants and test kitchens shows the enormous scope of the business. Kerry sells to a broad range of customers in the food, beverage and pharma industries, a field that is constantly buffeted by new trends. Low-fat foods are out, and as fat becomes more acceptable, manufacturers want to maximize their palate-pleasing flavor and consistency. 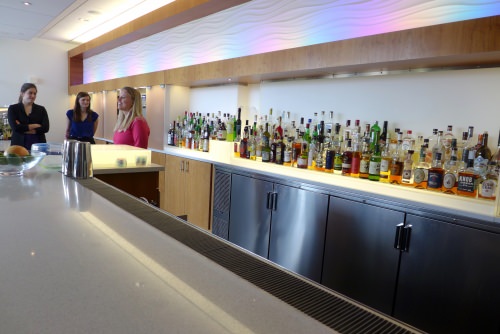 With a big business in flavoring drinks, Kerry maintains this bar as a tasting room. All tastings are finished before noon, says Alisha Barton, the company’s specialist in acquiring university talent, as the employees will be driving home after work. David Tenenbaum

Food allergies seem ever more common. Many people are avoiding gluten, but proteins in general are hot properties. Consumers don’t like seeing long lists of chemical ingredients, but how do you shrink the list without losing advantages like shelf life that those chemicals confer?

“It’s very fast-paced,” says Ben George, a senior food scientist at Kerry, during a panel discussion. George, who got a bachelor of science degree in food science from UW–Madison in 2010, works in dairy research and development.

“There’s a lot of key projects going on. It keeps you engaged, versus making something over and over, and so you are learning as you go. There are more than 190 scientists here — a lot of people with varying areas of expertise you can reach out to get what you need done.  You get the credit, or the angry emails.”

Chase Bruggeman, who has a bachelor’s degree in chemistry from UW–Madison, has been working at Kerry for a year since graduating. His goal is to become a certified flavorist — a seven-year, on-the-job course. 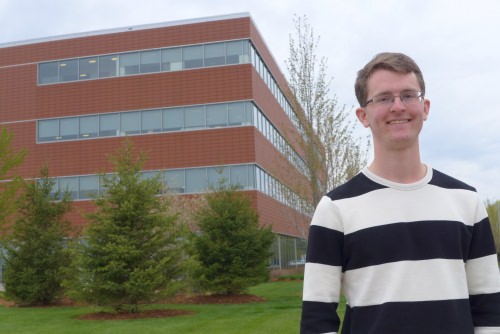 “I was helping at a track meet in Madison, working with a man from the Center for Dairy Research, and I began tasting cheese for them as an undergraduate. That was my introduction to sensory science, flavor perception. Flavorists shape the final flavor,” he says. “They come up with the formula. It’s the fun of chemistry without the math, and it’s interactive. You make something and you taste it.”

Ellen Morgan, who got a master’s in food science at UW–Madison in 1997, directs Kerry’s research and development for wet cheese (meaning any cheese that has not been dried). “We make cheese solutions, based on a specific function, like melt characteristics, for an application where a natural cheese would not work because of issues with how it melts, dissolves or tastes.”

A company as large as Kerry even has room for materials scientists, says company research associate Vikash Malik. As a postdoctoral researcher at UW–Madison, “I studied crystallization of samples from various industries. Crystallization is an important parameter in formulation, processing and shelf life of food items.”

Kerry has had relationships with UW–Madison for more than 20 years, working with departments including Food Science, the Center for Dairy Research and the Food Research Institute. The university’s Office of Corporate Relations is formally engaged with Kerry to connect it more broadly to UW resources to advance the company’s business strategies.

“Our discussions with Kerry are uncovering opportunities they may not have ordinarily connected with their business lines,” says Kathy Collins of the Office of Corporate Relations. “And in exploring the unexpected, we’re finding new areas of collaboration that we anticipate will expand upon our existing relationship. We are looking to share campus knowledge and combine it with Kerry practices to result in more product innovation and solutions for their customers.”

Some of these issues confronting Kerry are focused and technical. “We find problems that people want to solve — that’s what the company is about,” says Maegli. “For example, a customer had a macaroni and cheese, where you would add water or milk and microwave it for one minute and get a nice, hot mac and cheese, but it was boiling over. The company came to us (and) said, ‘What can you do?’ We changed the cheese ingredients so it would not boil over.”

And just as the company is active in recruiting the best employees, it’s also eager to let them develop as fast as possible, to pursue their interests.

“A lot of industries are cutting back on R & D, but revenue and profit are growing at Kerry,” say Maegli. “I think there’s a correlation between  this growth and the curiosity of our people, so the company will keep investing so long as the growth continues.”