After a fantastic and likely once-in-a-generation year in 2014, Wisconsin’s total net farm income took a big hit in 2015 — to the tune of $2 billion. While that’s a scary number, University of Wisconsin–Madison agricultural economists want to remind people to keep it in perspective, especially considering that farm income in 2016 is expected to remain flat.

“Almost all of last year’s decline in net farm income can be attributed to milk price decline, and it was not unexpected. We knew that we were sailing at a pretty high altitude in 2014 with $24 (per hundredweight) milk,” says Bruce Jones, a UW–Madison and UW-Extension agricultural economist. “So the $2 billion swing in farm income is not necessarily what we wanted to see, but it’s something we were expecting.” 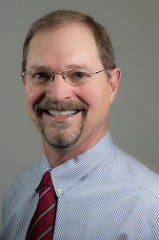 Jones will be among a handful of UW–Madison and UW-Extension experts to share a roundup of the state’s agricultural trends in 2015, as well as predictions for 2016, at the upcoming Wisconsin Agricultural Economic Outlook Forum on Jan. 21 in Madison. The forum will cover farm income, input costs, credit availability, dairy, livestock, corn and soybeans.

While 2015 wasn’t a great year for the state’s dairy farmers, income and profits from the previous four years left most of them on a solid financial footing, with balance sheets strong enough to weather some leaner times. In fact, many farmers managed to operate in the black in 2015, earning the kinds of profits seen in the early 2000s.

“In visiting with dairy business accountants and bankers, we’re finding some producers surprised to learn they may owe some taxes for 2015,” says UW–Madison and UW-Extension dairy policy analyst Mark Stephenson, who will also present at the forum. “I think we’re back to normalcy in dairy prices.” 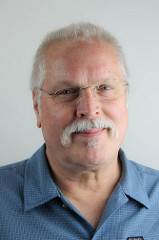 In another indication that things went OK for dairy farmers, notes Stephenson, there was minimal need in 2015 for farmers to test the new federal Margin Protection Program, an insurance-like policy to protect against catastrophic milk price crashes. Stephenson expects 2016 milk prices to be similar to 2015, with some decline in the first half of the year and some price strength developing later in 2016.

A silver lining for farmers has been — and will continue to be — the relatively low cost of inputs, thanks to low fuel prices. This helps offset the lower prices farmers are being paid for corn, soybeans and wheat. Land rents may also decline in 2016, notes Jones, in response to lower grain prices.

Registration costs $15 and must be received by Jan. 11. Registration includes a luncheon from 11:45 a.m. to 12:30 p.m. and the program, which runs from 12:45 to 2:30 p.m. UW–Madison Chancellor Rebecca Blank and UW-Extension Chancellor Cathy Sandeen will share welcome remarks at the start of the event.