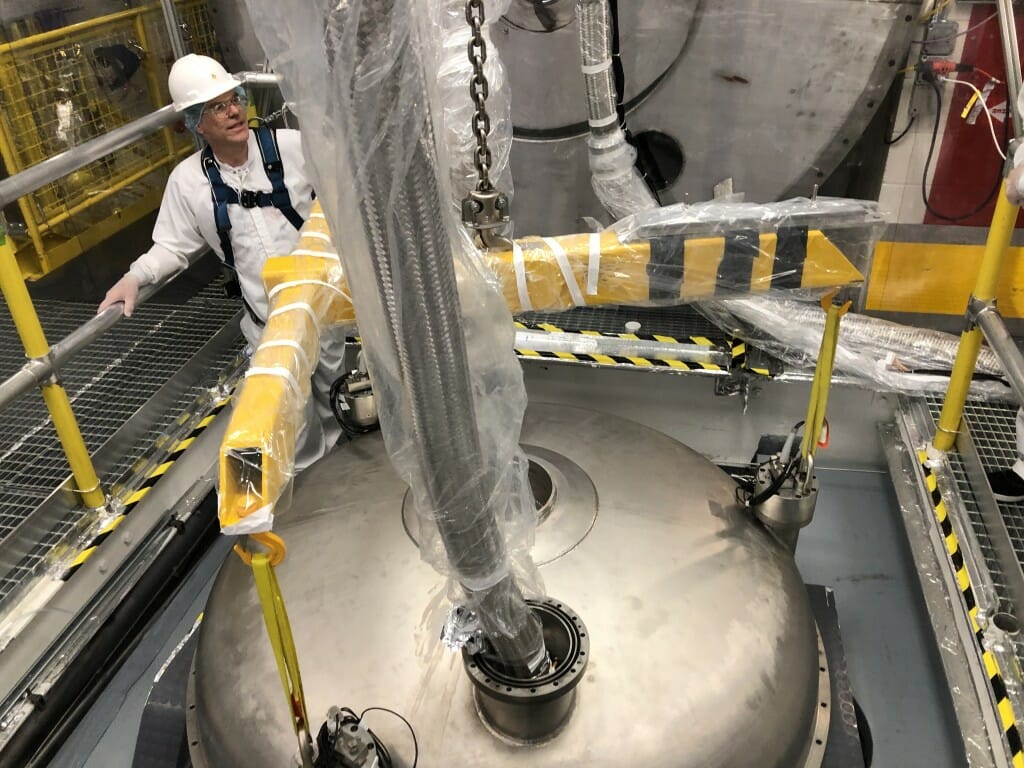 Nearly a mile beneath the Black Hills, in a gold mine in a South Dakota town called Lead, there is a hunt underway for theoretical particles known as WIMPs.

But don’t let the acronym fool you.

These WIMPs (which stands for weakly interacting massive particles) are heavy hitters in the field of particle physics — they are among our top prospects for explaining dark matter, the mysterious and unseen material thought to make up more than 80 percent of the total mass of the universe.

On July 7, Lawrence Berkeley National Lab announced the successful start-up of the Sanford Underground Research Facility (SURF) in Lead, a new underground detector ­designed to be at least 100 times more sensitive to finding signals from dark matter particles than its predecessor, the Large Underground Xenon experiment.

UW–Madison physicists and the Physical Sciences Lab have been working on the detector, the LUX-ZEPLIN (LZ) experiment, since 2012. PSL’s Jeff Cherwinka serves as LZ’s chief engineer. The LZ collaboration includes over 35 institutions and 250 scientists and engineers from around the world.

Cherwinka, PSL mechanical engineer Terry Benson, and other staff have contributed significant hours and expertise to the project. For instance, Cherwinka has already logged 491 days on site and driven more than 17,000 miles between South Dakota and Madison, when flying was severely limited during the height of the COVID-19 pandemic.

He is also not new to high energy detector design: Cherwinka, a 1989 UW–Madison graduate, has worked on detectors at the Daya Bay Reactor Neutrino Experiment in China, and both he and Benson have worked on the IceCube Neutrino Observatory project at the South Pole.

Cherwinka is confident that LZ will continue to work as designed and its explorations into uncharted territory could lead to a variety of surprising discoveries.

For the LZ experiment, Cherwinka has contributed to 3D modeling design and planning, assembly and careful placement of the detector. Other PSL staff conducted fabrication, manufacturing, cleaning and testing, and some also worked on site and underground in the former mine.

Staff, Cherwinka explains, also did a lot of work on the xenon circulation system, critical to the detector’s function. Its heart comprises two nested titanium tanks filled with 10 metric tons of very pure liquid xenon. This is what may allow researchers to “see” dark matter, which on its own does not emit, absorb or scatter light.

Xenon, in its gas form, is one of the rarest elements in Earth’s atmosphere. LZ is designed so that if a dark matter particle collides with a xenon atom, it will produce a prompt, detectable flash of light followed by a second flash of light when the electrons produced in the liquid xenon chamber drift to its top.

Because dust particles can be radioactive and emit a trace amount of radon gas, which creates background in the experiment that makes it harder to detect dark matter, Cherwinka says the team had to take many precautions to keep the detector dust-free. That was, he explains, among their greatest challenges because workers themselves pose a contamination risk to the experiment. 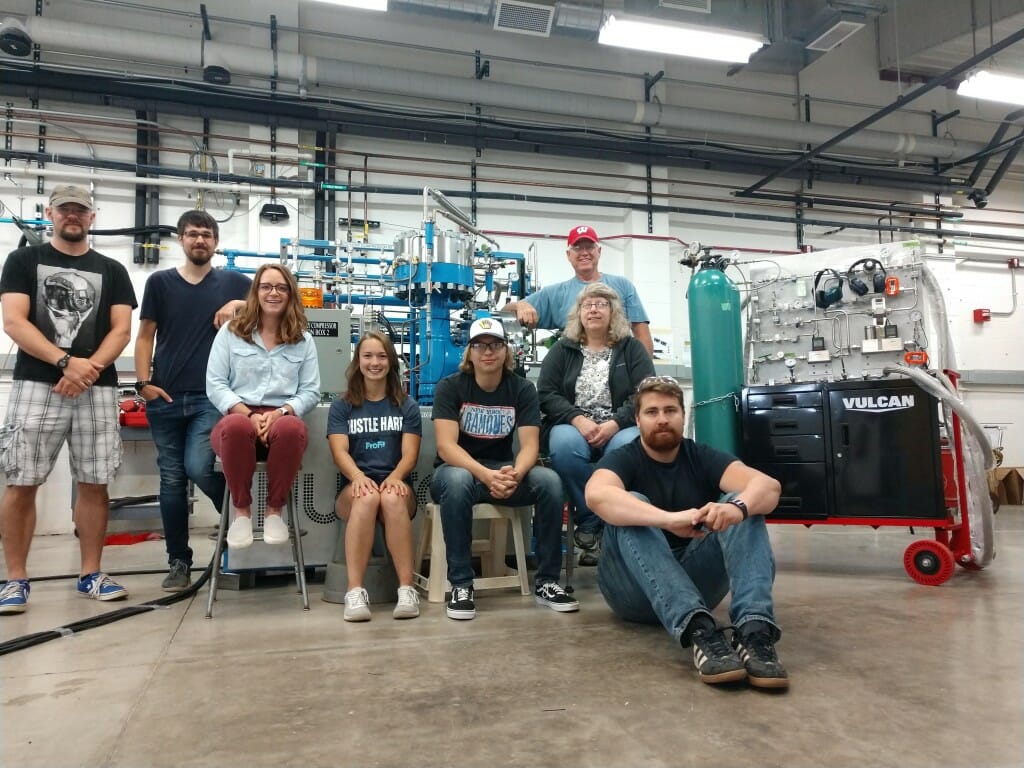 The entire assembly process took place within the Surface Assembly Lab, a laboratory space with a radon-reduction system and a clean room outfitted specifically for the task. Anyone working on the detector was required to wear full-coverage cleanroom suits and follow a two-stage gowning procedure. Every step closer to entering the clean room came with higher cleanliness standards and required additional levels of gear.

“At times it would take a half hour to put on the clothes needed to do the work. It’s like working in many of our labs, but it’s a mile underground,” Cherwinka says. The detector is located underground to protect it from cosmic radiation at the surface that could drown out the dark matter signals. “I seem to be attracted to projects where you have to wear a lot of clothes.”

But that effort appears to have paid off. In a recent pre-print, researchers report that with the initial run, LZ is already the world’s most sensitive dark matter detector. Cherwinka is confident that LZ will continue to work as designed and its explorations into uncharted territory could lead to a variety of surprising discoveries.

“We did a lot of test runs, but are now getting into the real science of the experiment,” Cherwinka says. “I don’t think we could have made the detector any better and I was just so excited when we turned it on and it worked. At the end of the day, that’s what our work is all about — a bunch of people trying to do science.”

Read more about LZ’s successful startup in the announcement from Berkeley Lab. Learn more about PSL, a research and development laboratory at UW–Madison that has since 1967 provided services and highly trained staff in electrical engineering, mechanical engineering, and physics to address the unique needs of research projects of every scale and complexity.

LZ is supported by the U.S. Department of Energy, Office of Science, Office of High Energy Physics and the National Energy Research Scientific Computing Center, a DOE Office of Science user facility. LZ is also supported by the Science & Technology Facilities Council of the United Kingdom; the Portuguese Foundation for Science and Technology; and the Institute for Basic Science, Korea. Over 35 institutions of higher education and advanced research provided support to LZ. The LZ collaboration acknowledges the assistance of the Sanford Underground Research Facility.