Two students at the University of Wisconsin–Madison have been named 2016 Udall Scholars in recognition of their leadership, public service and commitment to issues related to the environment or issues in American Indian communities.

Megs Seeley, a junior from Winona, Minnesota, and Miles Tryon-Petith, a fourth-year student from Madison, are among 60 college students nationwide selected for the scholarship, awarded to college sophomores and juniors by the Morris K. Udall and Stewart L. Udall Foundation. The awards are worth up to $7,000 each. 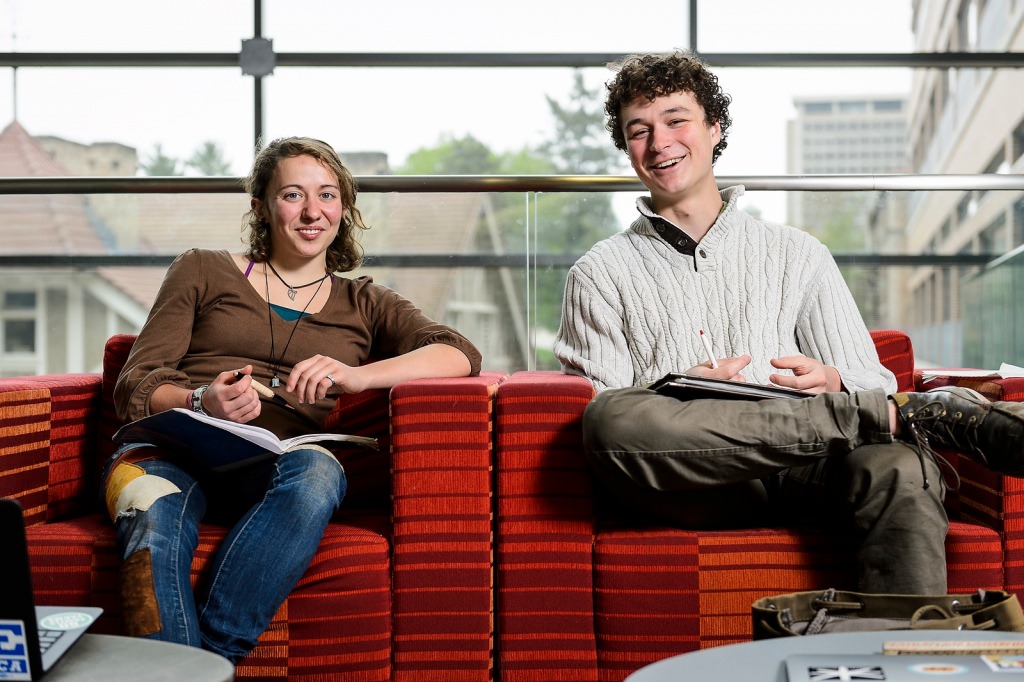 UW-Madison undergraduates Megs Seeley and Miles Tryon-Petith are among 60 college students nationwide named recipients of the 2016 Udall Scholarships in recognition of their commitment to environmental issues. Photo: Jeff Miller

“With close to 500 applications nationwide, and only 40 scholarships on the environmental track, it has become unusual for a university to have multiple scholars in a given year,” says Julie Stubbs, director of the Office of Undergraduate Awards. “Megs and Miles are both outstanding students who have already made their mark on campus and around the world. Their work is richly deserving of this recognition.”

Seeley, who studies forest science and botany, recently received a Holstrom Undergraduate/Faculty Research Fellowship to work with geography professor Jack Williams studying pre-settlement landscapes in the upper Midwest. She has spent more than two years studying soil carbon sequestration and microbiology within the biogeochemistry lab of Erika Marín-Spiotta, associate professor of geography. She has been active in campus groups including the Forestry Club and Hoofers Mountaineering and is a Wilderness First Responder for the National Outdoor Leadership School.

Tryon-Petith, who majors in geology, geological engineering and geophysics, received an honorable mention from the Udall Foundation last year. He recently spent several months in Freiburg, Germany, studying and aiding the city’s Green City initiative. Previously, he worked in UW–Madison’s Office of Sustainability as a student operations coordinator and a leader in the Student Move-Out Recycling Project.

The Udall Foundation is a federal agency dedicated to promoting leadership, education, collaboration and conflict resolution in the areas of the environment, natural resources and public lands. The foundation’s goals are to strengthen Native American nations, resolve environmental conflicts and foster appreciation and admiration for the country’s many natural resources.