Thousands of the country’s top students apply each year for the coveted honor. Fox and Dahlke were among 228 who were endorsed by their institutions and who made it to the final stage of the competition. They were invited to interview for one of the 32 Rhodes Scholarships awarded annually. Winners were announced Saturday by The Rhodes Trust. 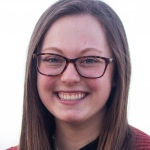 Fox, of Whitefish Bay, Wisconsin, is double majoring in international studies and psychology, with a certificate in African studies and honors in the liberal arts. Her senior thesis explores what drives child participation in mass violence. She has earned two competitive university research fellowships to support her work.

Dahlke, of Westfield, Wisconsin, is double majoring in journalism and political science, with comprehensive honors in the liberal arts and journalism. His research focuses on the role of social media in politics. 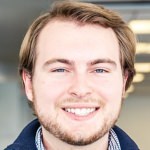 He began his scholarly work as a student with the Undergraduate Research Scholars Program. He now teaches a weekly seminar about the research experience as a program fellow.

“Congratulations to these remarkable individuals on their hard-earned and well-deserved honors,” says Provost Sarah Mangelsdorf. “They embody the kind of Wisconsin Experience we hope all students will have here — one that is rich in opportunities for intellectual and personal growth and that sparks purposeful action in the world.”

Given UW–Madison’s commitment to educate the students of the state, Mangelsdorf adds, “I can’t help but point out that both Ross and Kyra are from Wisconsin, and how proud that makes us.”

Fox was elected to the Phi Beta Kappa national academic honor society during her third year of study. She is a founding member of the UW Interfaith Network and is an undergraduate scholar with UW’s newly launched Center for Religion and Global Citizenry.

While still in high school, Dahlke founded a cheese distribution business that now employs eight sales people and has grossed more than $650,000. He also began serving as vice chairman of the Marquette County Democratic Party while in high school. His awards include an Honors Senior Thesis Summer Research Grant.

Julie Stubbs, director of the Office of Undergraduate Academic Awards, praised Kyra and Ross as ideal candidates for the Rhodes Scholarship.

“Throughout their time at UW–Madison they’ve combined scholarly achievement with concern for others and the common good, undertaking original research and engaging in social issues important to them through interfaith dialogue or politics,” says Stubbs, who assisted both students through the application process.

Candidates are judged on a proven record of intellectual and academic achievement, integrity of character, interest in and respect for others, leadership ability, and the energy to fully utilize their talents.

Rhodes Scholarships typically provide all expenses for two or three years of study at Oxford University in England. This year’s winners will enter Oxford next fall and are referred to as the 2018 class of Rhodes Scholars.