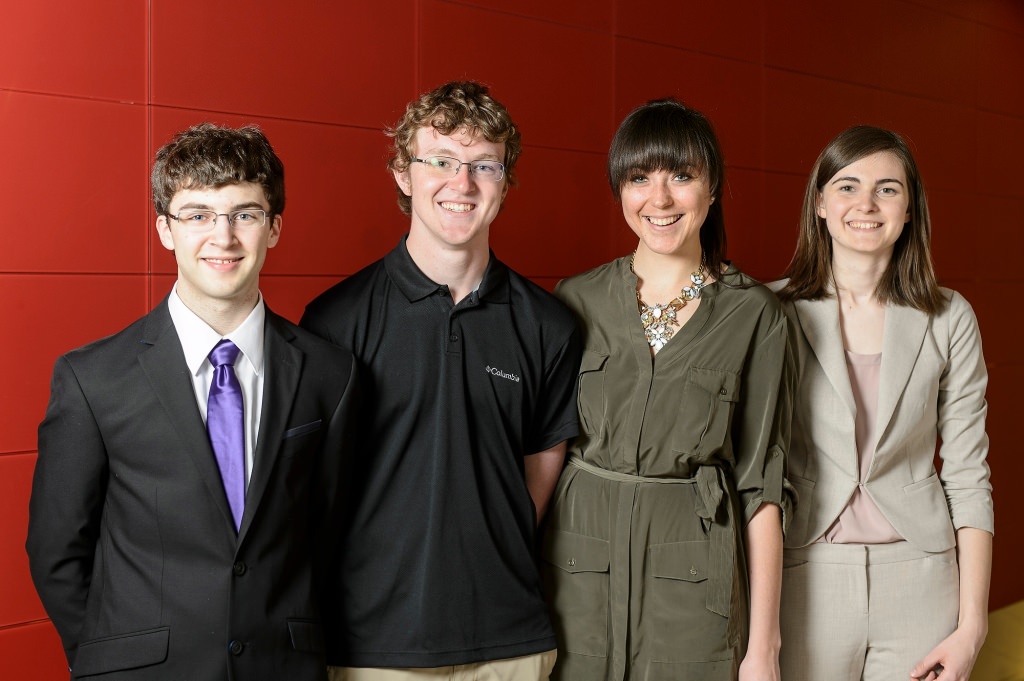 Three University of Wisconsin–Madison students will receive the esteemed Barry Goldwater Scholarship for undergraduate excellence in the sciences.

The honor is considered the most prestigious undergraduate scholarship in the natural sciences, mathematics and engineering in America.

This year, 1,286 students were nominated from 470 institutions. Of the nominees, 240 were named Goldwater Scholars and 307 were chosen as honorable mentions.

Three of UW–Madison’s four nominations were accepted for the award; the fourth was named an honorable mention.

Junior Elizabeth (Elise) R. Penn from Milwaukee, Wisconsin, received an honorable mention. She is majoring in geological engineering, geology and geophysics, and mathematics.

Congress established the Barry Goldwater Scholarship & Excellence in Education Foundation in 1986. Goldwater, the award’s namesake, served in the U.S. Senate for more than 30 years and challenged Lyndon B. Johnson for the presidency in 1964. The foundation aims to develop highly qualified scientists, engineers and mathematicians through its scholarship award.