University of Wisconsin–Madison biochemistry assistant professor Philip Romero and neuroscience assistant professor Ari Rosenberg are the recipients of 2018 Shaw Scientist Awards from the Greater Milwaukee Foundation. The awards come with $200,000 in seed funding to support innovative research approaches and the career development of young investigators. 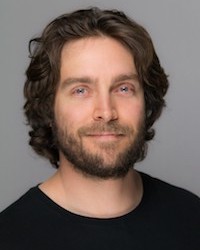 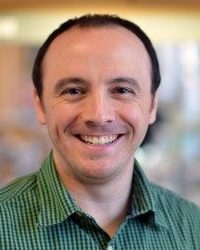 Romero’s work uses new technologies to understand how proteins work and how to design new ones. Using computational methods, he is able to analyze large amounts of data that help him investigate the relationships between protein sequence, structure and function. This allows him to pull out sequences that lead to useful properties and design new proteins with desired functions.

His research has many implications because the proteins can be engineered to have specific functions, such as in bioenergy, chemical production and human health. Projects are investigating how to help convert biomass to fuel and develop cancer therapeutics. Along with these applications, the group also focuses on developing new protein engineering methods.

“The Shaw Award will enable us to pursue new high-risk projects that wouldn’t be supported by the standard funding agencies,” Romero says. “We’re excited to think longer term about where our field is headed, and how we can make a large impact on engineering biological systems.”

Romero joined the department in July 2016. He earned his Ph.D. at the California Institute of Technology. At UW–Madison, he is also affiliated with the Department of Chemical and Biological Engineering.

“The Shaw Award will enable us to pursue new high-risk projects that wouldn’t be supported by the standard funding agencies.”

Rosenberg’s research recognizes that despite the noisy and ambiguous input received by the body’s eyes, ears and other sensory organs, people perceive the world accurately and precisely. Unlocking how the brain performs this transformation is a path to understanding neurological and neuro-developmental conditions, such as traumatic brain injury and autism.

Using multifaceted experimental and computational approaches, Rosenberg’s lab is quantifying the neural basis of robust perception to ultimately guide development of individualized treatments for brain disorders. It’s an approach whose potential is being realized because of the Shaw Scientist Award.

“Research funding today tends to favor studies that have a high chance of finding an unsurprising result, and discourages more speculative studies that might yield big gains,” Rosenberg says. “For a young scientist like myself, the Shaw Scientist Award eliminates such barriers, making it possible to pursue unexplored research avenues that might not otherwise see the light of day.”

Rosenberg joined the faculty at UW–Madison in 2015 and earned his Ph.D. in computational neuroscience from the University of Chicago. He previously was awarded an Alfred P. Sloan Research Fellowship in neuroscience. The highly sought-after award honors early-career scientists whose achievements and potential identify them as “rising stars.”

“For a young scientist like myself,” the award makes it “possible to pursue unexplored research avenues that might not otherwise see the light of day.”

The Shaw Scientist Awards program began in 1982 thanks to a $4.3 million bequest from Dorothy Shaw, widow of James Shaw, a prominent Milwaukee attorney. In addition to $2 million in special grants, the Shaws’ fund has awarded about $14 million in grants to 73 scientists from UW–Madison and UW–Milwaukee. An advisory panel including scientists representing major U.S. research institutions recommends the winners.

Founded more than a century ago, the Greater Milwaukee Foundation is the region’s largest community foundation and was among the first established in the world.

“Dorothy Shaw, whose generosity made this program possible, has left a tremendous legacy, not only by accelerating the work of stellar young researchers, but through biomedical advances — those discovered as well as those still to come — that her support has seeded,” says Ellen Gilligan, president and CEO of the Greater Milwaukee Foundation. “I congratulate this year’s recipients on their innovation in pursuit of knowledge.”